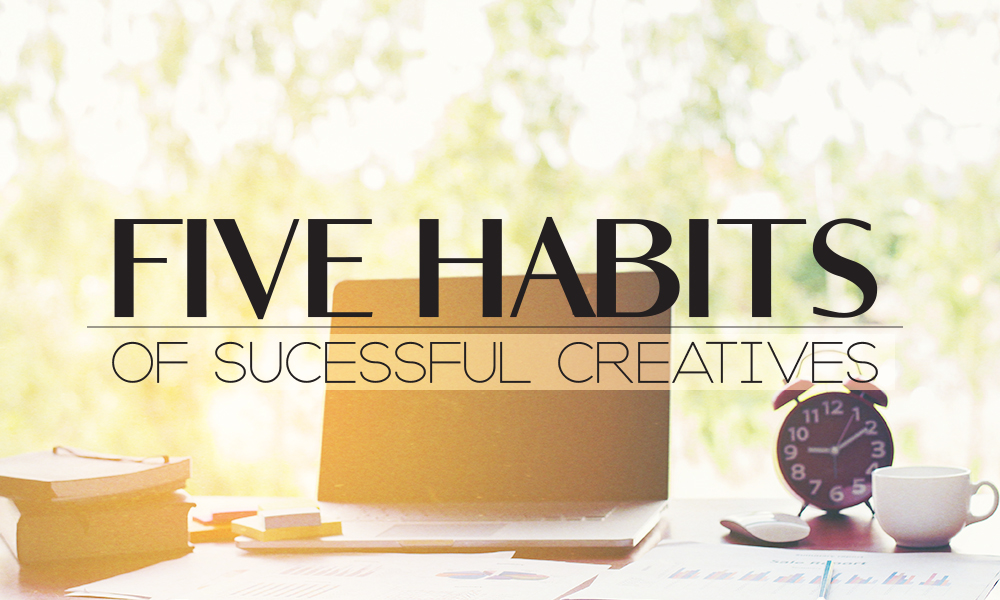 Are there certain things that creative people do, that others do not? Are there daily habits or routines that they stick to, which make them more productive? While it's clear that everyone has their own way of working, and all should do what works best for them, here are five habits of successful creatives.

Ernest Hemingway, famous for his 5:30 am, was only one of the many creative people who preferred to do their best work in the early morning. Another great novelist, Nicholson Baker , said his brain worked in a different way in the first hours of the day. "The mind is newly cleansed, but it's also befuddled… I found that I wrote differently then." Mozart and Georgia O'Keeffe were also known for this habit, which may have contributed to their productivity. Want to try waking up earlier? It helps to go to bed earlier than usual and may take about two weeks to form the habit.

Walking, especially in crisp, fresh air and in nature, helps to clear the mind. Great creatives such as Beethoven and Tchaikovsky, were fond of daily movement. The latter walked at least two hours a day, worried that if he did not, "great misfortunes would befall him". Besides the fact that too much screen time spent with our digital companions can disrupt normal rest and sleeping patterns, exercise helps jog your brain, too, to perform at top level.


3. Learn to be creative from anywhere

Many people who say they are creative, tend to procrastinate a lot. Oftentimes, they say it's because they are waiting for the perfect time, or the right place and environment to do their work. But some of the best minds in the world, in fact trained themselves to be productive from anywhere. Look at Jane Austen, who scribbled out her best work from the family living room, a place full of distractions with a constant flow of visitors, and her mother sewing on the family sofa. And if you think that not having a proper writing desk is hindering you from churning out that novel, remember Agatha Christie, who did not have one, either. If you can learn to do without the "necessities," you free your mind and body to create even more. Nowadays, constant Wi-Fi connections makes it easy to work from almost anywhere: a coffee shop, the beach or the boardroom.


4. They choose their battles

What do Steve Jobs, Albert Einstein and Mark Zuckerberg have in common? Besides being extremely creative, smart and successful, these three men preferred to spend less time on trivial decisions like their wardrobe, and more time focusing on what really matters. According to Dan Schawbel, author and founder of Millennial Branding, "It's not about what you wear, but what you accomplish." Perhaps you too, may find yourself more creative and productive if you spend less time on things that do not matter as much as the work at hand.


5. They don't judge themselves based on others' opinions

"Don't think about making art, just get it done. Let everyone else decide if it's good or bad, whether they love it or hate it. While they are deciding, make even more art."--Andy Warhol

Andy Warhol was a great example of someone who paved the way in art and designing by not caring too much about the critics. It can be a daily detriment to you and your creativity if, every time you set out to create something, you worry too much of others' opinions or feedback. But real successful creatives know that they just need to keep churning out work every day, no matter what anyone else says.