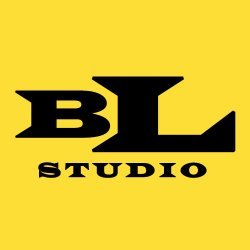 Aston Ranger Script is a modern calligraphy font featuring basic variations, smooth lines, a classic and elegant touch. I made this aston ranger font inspired by the classic calligraphy concept and become more modern, and I also added some really interesting and alternative ligatures when we applied it, I also tried to run it in a different way which resulted in this aston ranger script font. .

The Aston Ranger is attractive because it is sleek, clean, feminine, sensual, glamorous, simple and very easy to read, because there are many fancy letter joints. I also offer a number of decent stylistic alternatives for multiple letters. Classic styles are very suitable to be applied in various formal forms such as invitations, labels, restaurant menus, logos, fashion, make up, stationery, novels, magazines, books, greeting / wedding cards, packaging, labels or all kinds of advertising purposes. . . .

Aston Ranger script has 600+ Glyph alternative characters, including multiple language support. With OpenType features with alternative styles and elegant binding. The OpenType feature works automatically, but you can access it manually and for the best results necessary for your creativity in combining these variations of the Glyph.

To activate the OpenType Stylistic alternative, you need a program that supports OpenType features such as Adobe Illustrator CS, Adobe Indesign & CorelDraw X6-X7, Microsoft Word 2010 or a later version. There is an additional way to access alternatives / swashes, using the Character Map (Windows), Nexus Fonts (Windows), Font Book (Mac) or a software program such as PopChar (for Windows and Mac).

need help or have questions let me know. I'm happy to help.

Thank you & Congratulations on the Design!