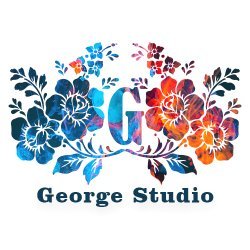 This product is part of the Ultimate $1 Event

Limited Copies Available! Get them while you can

Almeliya Script has 600 glyphs. includes multiple language support. With OpenType features with alternative styles, ligatures and characters, it allows you to mix and match pairs of letters to suit your designs, as well as a touch of ornamentation to make this font look elegant.

To activate the OpenType Stylistic alternative, you'll need a program that supports OpenType features such as Adobe Illustrator CS, Adobe Indesign & CorelDraw X6-X7, Microsoft Word 2010 or later. (Windows), Font Book (Mac) or a software program such as PopChar (for Windows and Mac)

https://www.youtube.com/watch?v=XzwjMkbB-wQ How to use the stylized font set in Microsoft Word 2010 or later:

https://www.youtube.com/watch?v=NVJlZQ3EZU0 There are additional ways to access alternatives / swashes, using Character Map (Windows), Nexus Fonts (Windows) Font Book (Mac) or a software program such as PopChar (for Windows and Mac)

How to access all alternative characters, using the Windows Character Map with Photoshop:

Thank you for your visit.