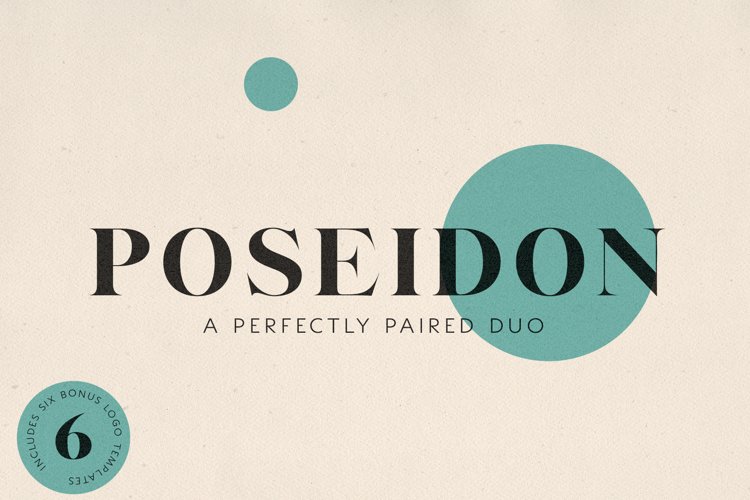 Poseidon is a perfectly paired, modern serif and sans serif duo. Perfect for projects such as logo design, branding, web design, packaging, social media, and so much more!