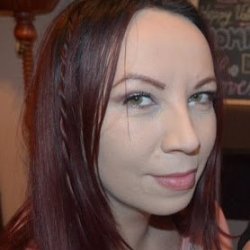 Amastery is a script font with lots of alternative lowercase glyphs plus a complementary font and lots of cliparts in font format as well as EPS, PNG and SVG.

The best tool if you want to create t-shirt designs, mug designs, or just play around.


To access all OpenType Stylistic alternates, you need a program that
supports OpenType features such as Adobe Illustrator, Adobe Photoshop,
CorelDraw and Microsoft word.


How to access all alternative characters using Adobe Illustrator:


How to access all alternative characters, using Windows Character Map with Photoshop: https://www.youtube.com/watch?v=Go9vacoYmBw


The font has PUA Unicode (Private Use Areas - font specific code), so
that all the alternative characters (with flourishes and swirly lines)
can be easily accessed in full through Windows and Mac and you can load
them into applications such as Cricut Design Space and Silhouette
Studio.

Beautiful! I can't want to work the different elements of the font.

Great ligature options in the Amastery font and I love how the duo works together - thank you for a great bundle!

I love the swirls. I also love your M and S, I always have to look at those two particular letters as they're my initials. You're a great designer

Love the font and the extras