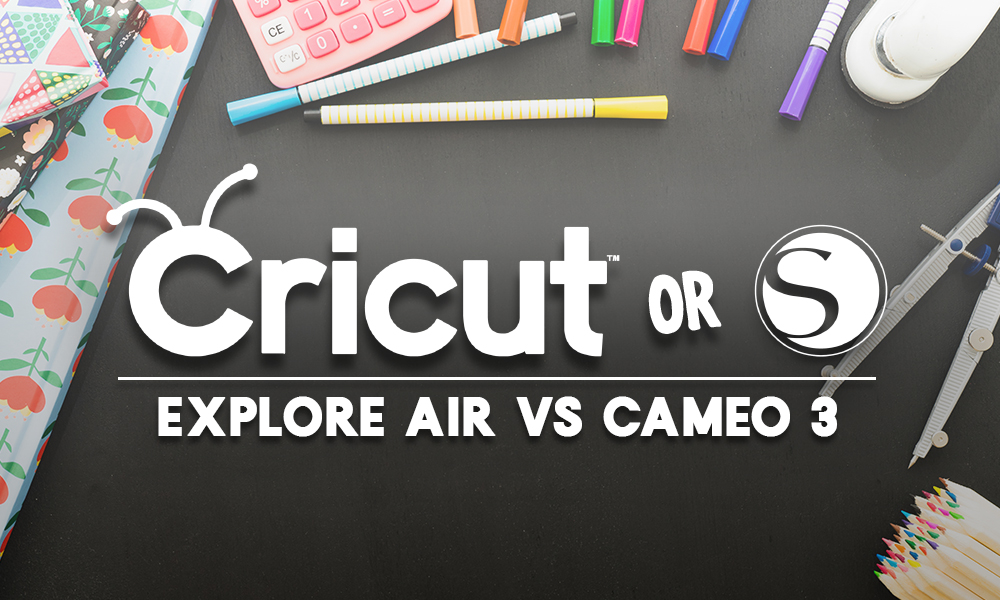 For designers who want to do their own die-cutting to create patterned fabric, vinyl or paper, there is an ongoing debate going on about which digital die-cutter is best. Some designers swear by the Cricut Explore Air, while others prefer using the Silhouette Cameo 3. Here is a look at the features of each and what people say about them, so you can decide what's best for you.

Both the Cricut Explore Air and the Silhouette Cameo 3 have dual carriages, meaning that you can keep cutting without having to stop to switch a blade or pen.

A huge factor in deciding which die-cutter a designer likes best is the type of software the machine runs and whether it suits a particular designer's needs. The Cricut Explore Air comes with a software called Design Space, and this software is praised by reviewers for being user friendly and easy for beginners to learn to use. It requires an internet connection, so the Cricut Explore Air must always be online in order to function.


Deciding Which Die-Cutter Is Best For You

If you are a designer who is looking for the strongest die-cutter on the market with the easiest software to use, the Cricut Explore Air is the die-cutter for you. Reviewers rave about the Cricut Explore Air's strength and ease of use. However, if you are a more advanced software user and want the freedom to be able to create your own designs using sophisticated design software, the Silhouette Cameo 3 is the one to choose.