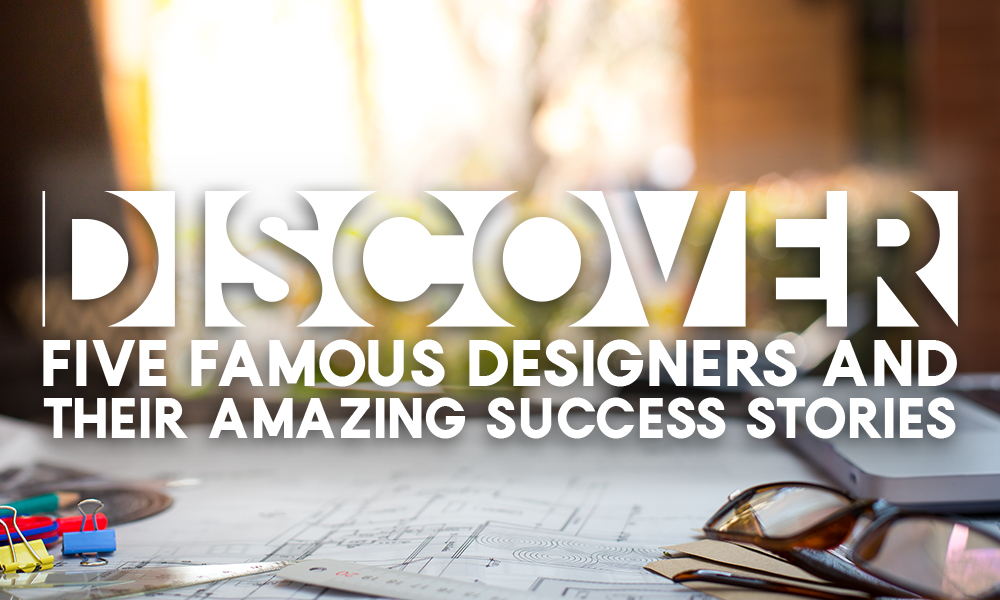 Many famous graphic designers have amazing success stories describing how they went from novices to world-renowned professionals whose work has transformed the field of design into an iconic and thriving industry. If you're an aspiring graphic designer, you can draw inspiration from the lives of these famous designers.

David Carson broke the rules by embracing radicalism in his graphic designs. Called the "Father of Grunge," he utilized innovative ways to approach typography. His experimental magazine layouts are hailed as revolutionary and have influenced many works of other graphic artists. He was a professional surfer and a high school teacher in California when he first started with his experimental design back in the 80's.

He then studied commercial art and became an unpaid intern in Action Now magazine before progressing to become a famous art director and graphic designer.

His work for Ray Gun Magazine in the early 90's propelled his career and got him featured in the New York Times and Newsweek. It also earned him accolades and recognition from all over the world.

The popular and timeless I Heart NY logo seen on T-shirts, mugs, car plates and almost every surface imaginable was the idea of the great graphic designer Milton Glaser.

The idea reportedly came up while he was riding a taxi in New York on his way to a client meeting. His passion for graphic design was in full bloom even in his youth when he began to study art and graphic design both in New York and Italy.

He founded Push Pin Studios and New York Magazine, and has illustrated and designed numerous posters, including those of musician Bob Dylan. He is the first graphic designer to receive the prestigious National Medal Awards in 2009 from the White House.

Hollywood has perhaps benefited the most from the artistry of graphic designer and filmmaker Saul Bass, a New York native, whose famous works include legendary movie posters from Albert Hitchcock's films "Psycho" and "North by Northwest," and the 1955 classic "The Man with the Golden Arm."

He created more movie posters for Hollywood all throughout his career, including the film adaptation of Stephen King's bestseller "The Shining." Saul Bass also lent his incredible graphic design expertise by creating corporate logos for companies.

Many of them have since become famous, such as those for Kleenex, Quaker Oats, AT&T, Girl Scouts of the USA, Fuller Paints and United Way.

Computer graphics has been the main forte of artist and graphic designer Susan Kare since she contributed her remarkable interface elements to the Apple Macintosh in the 80's, as well as when she worked as Creative Director for Steve Jobs' company NeXT after his exit from Apple in 1985.

If you remember the happy computer greeting Mac users got when they turned on their computer in the 80's, Susan was the one who came up with that design. She studied art in her native New York, earning a Ph.D. in 1978 from the prestigious New York University before moving to San Francisco to pursue and grow her digital design business.

Cover design is essential to the success of a book, and graphic designer Chip Kidd has mastered the art of creating compelling book covers for bestselling authors, including Michael Crichton, Gus Lee and James Salter. The legendary art director started his career designing book covers for the publication house Knopf in 1986.