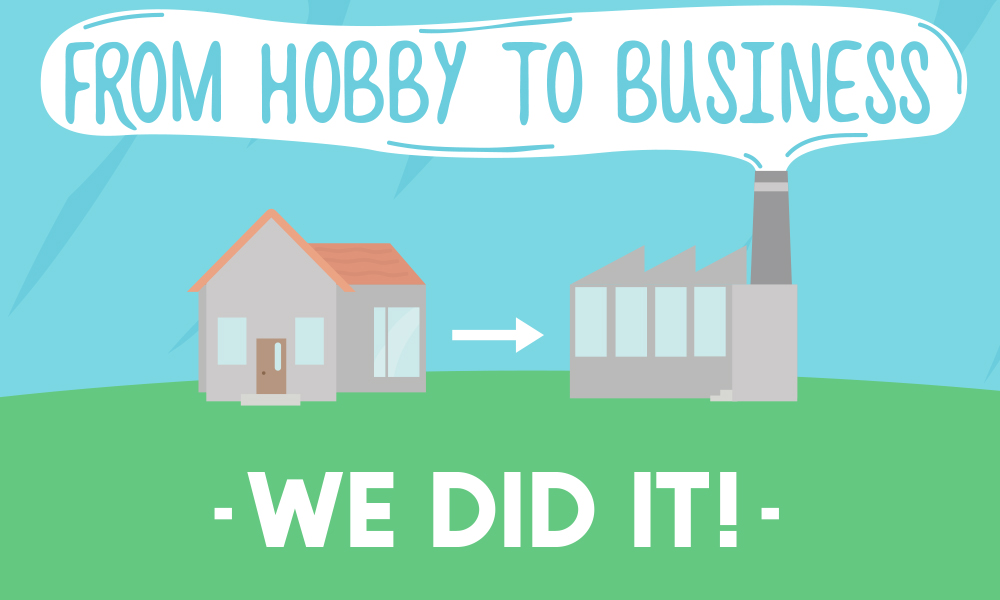 From Hobby to Business: We Did It!

In 1981, the Canadian rock band Loverboy scored a hit by musically proclaiming, "Everybody's working for the weekend."

While most of us are doing the 9-to-5 grind every day and impatiently awaiting the weekend, there are those who have broken away from working for someone to employing themselves and others in their own businesses.

Many of these businesses began as a simple hobby.

Can you really turn your favorite hobby into a money-making business? Take a look at some hobbyists who did just that.

Plymouth, Wisconsin is home to John and Trudie Hechel and their Round Barn Woodcrafts business. John began creating with wood after gaining inspiration from high school woodworking projects.

With encouragement from friends, John and Trudie set up a booth at a craft fair in Sheboygan in 2011. The reception of their woodcrafts was nothing short of amazing.

They are a small, two-person shop that specializes in beautiful but usable items, including cutting boards, pizza reels and chess cribbage boards, to name a few. They currently offer over 52 different items through their website.

Craig Jenkins-Sutton and his green thumb grew up on a farm in central Minnesota. He began designing gardens for the joy of it, not because he had any formal landscaping training. Eventually, he began working for a landscape service, but working for someone else was not exactly his cup of tea.

In 2003, he took his first step toward offering his own garden design services. He put a small ad in the Chicago Tribune and received 40 calls within a week. He only secured one customer, but it was enough to get him going.

He founded his garden design company, Topiarius, in Chicago that same year. By 2011, Topiarius generated revenue of $1.2 million.

Nicole Snow has two passions in her life: art and helping others. After leaving the Air Force, she stumbled upon a form of recycled silk yarn. As a new knitter, she saw potential there and ran with the idea.

Today, her Darn Good Yarn employs more than 300 women in India and Nepal, in areas where women had no sustainable job market before. Her yarn and fiber importing, wholesaling and retailing business has grown by 2,900 percent in less than five years.

If you're dining out in Milwaukee, chances are a portion of the wild foods found their way to your plate through Mike Jozwik, affectionately known as "Mushroom Mike" by most local chefs. Mike is a professional forager who grew up in nearby Racine.

Mike picked up his interest in all things fungi from his parents, who were founding members of Parkside Mycological Club.

Mike turned his passion for foraging into a business in 2008, beginning with a customer list of five restaurants.

His list has grown now to more than 200 customer restaurants and includes a catalog offering over 250 seasonal products, all hunted, gathered and/or sourced by Mushroom Mike in Wisconsin and across the U.S.

How do you know if your hobby has morphed into a business? According to the Small Business Administration, hobby income is reportable on your tax return. But you may be able to deduct some of the expenses that went into the hobby. As expected when dealing with tax matters, it can get complicated.

The main point of a business is making money. Most people engage in a hobby for fun or for sport. That's the baseline difference. Since none of us want to fall on the wrong side of the IRS, it pays to check out what the IRS says on the matter, just to be safe.

Hobbies can become side businesses or even companies that employ others. If your hobby is your passion, consider the possibilities and go for it!