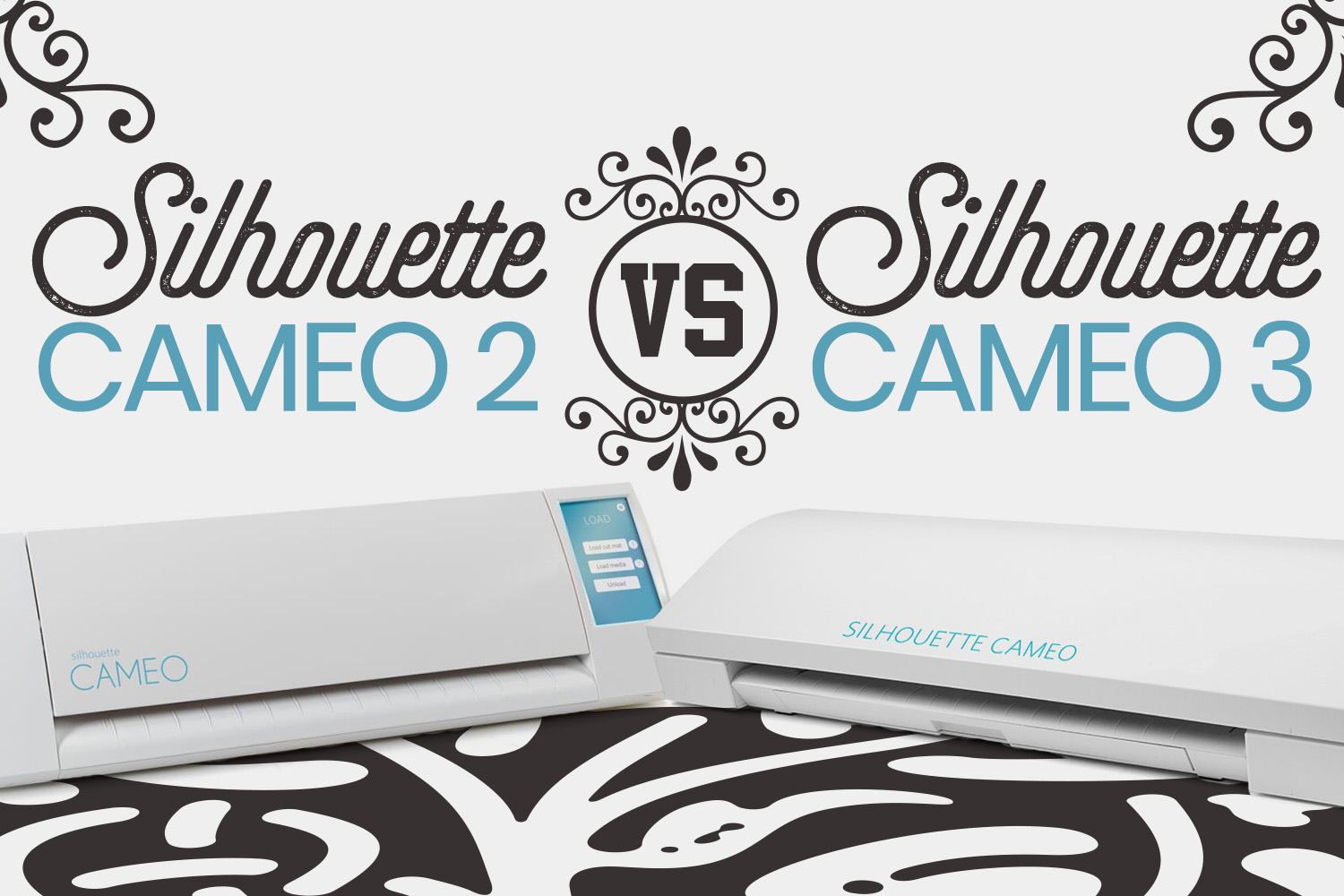 Some of you out there are probably wondering "What's the difference between the CAMEO 2 and 3?"The CAMEO 3 is the latest and greatest version available right now but you can still find amazing deals on the CAMEO 2.

Here is a photo showing the difference between the 2 machines side by side. 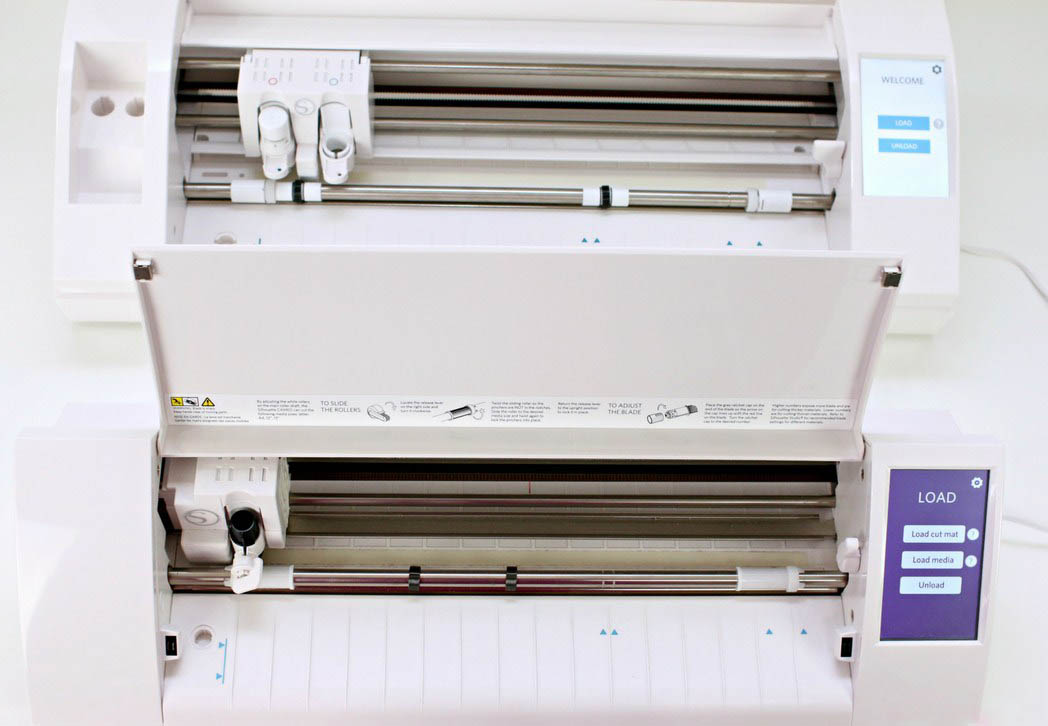 The major differences between the 2 machines are:

Now you're wondering "Is it worth paying more for the CAMEO 3?"

Here are my two cents on the matter. If you are just starting out and only want to use it for light crafting needs, then no, it's not worth paying more.

If you have a 2 already and are considering upgrading to a 3 then you might like the Bluetooth and the dual-carriage system.

The CAMEO 2 still cuts and handles projects the exact same way as the CAMEO 3.There really is no MAJOR change to how it works besides those 2 features, in my opinion.

The CAMEO 3 is slightly larger than the CAMEO 2 depth wise. The screen is now hidden under the lid in the 3, which is great for those of us with small children who can't resist touching buttons!

I talk more about the CAMEO 3 in this post if you want a more in-depth review of that machine.

A quick recap is that yes, the 3 has the autoblade feature but I still personally prefer to manually set my blade depth.

The Bluetooth works great now if you're fully updated with the software and firmware. If you haven't updated then it's pretty buggy. Don't assume the new machine out of the box has the firmware update. I would double check before trying to use it and save yourself hours of frustration.

The dual-carriage system is nice, but I rarely use it. Most of my projects only require the blade. If you think you'll use the pens a lot then you might want that feature.

I will admit that sliding the guides on the roller bar is much easier on the 3 vs the 2.You only need to do that when you decide to cut vinyl without the use of a mat. Trying to twist the guides on the 2 is a bit tricky to get a good grip.

One feature that I do love about the CAMEO 3 is one not often talked about. When you open the storage drawer below the machine, there are some guides that fold out. Those are meant to be used for times you're cutting larger projects using the 24" mat. It helps keep the mat from drooping which really does make a difference.

The software is the same with both machines. You just have to make sure that when you are using the CAMEO 3 that you have the settings correct if you are using a mat or not using a mat. That's how the machine knows which project type is being loaded and cuts accordingly.

Both machines are amazing! You really can't go wrong with either choice. It's down to personal preferences and how much you want to spend. They both will help you create one of a kind projects with a few clicks of a button.

If you have any questions I didn't cover here don't hesitate to comment below or send me a message. I'm happy to help in any way I can!