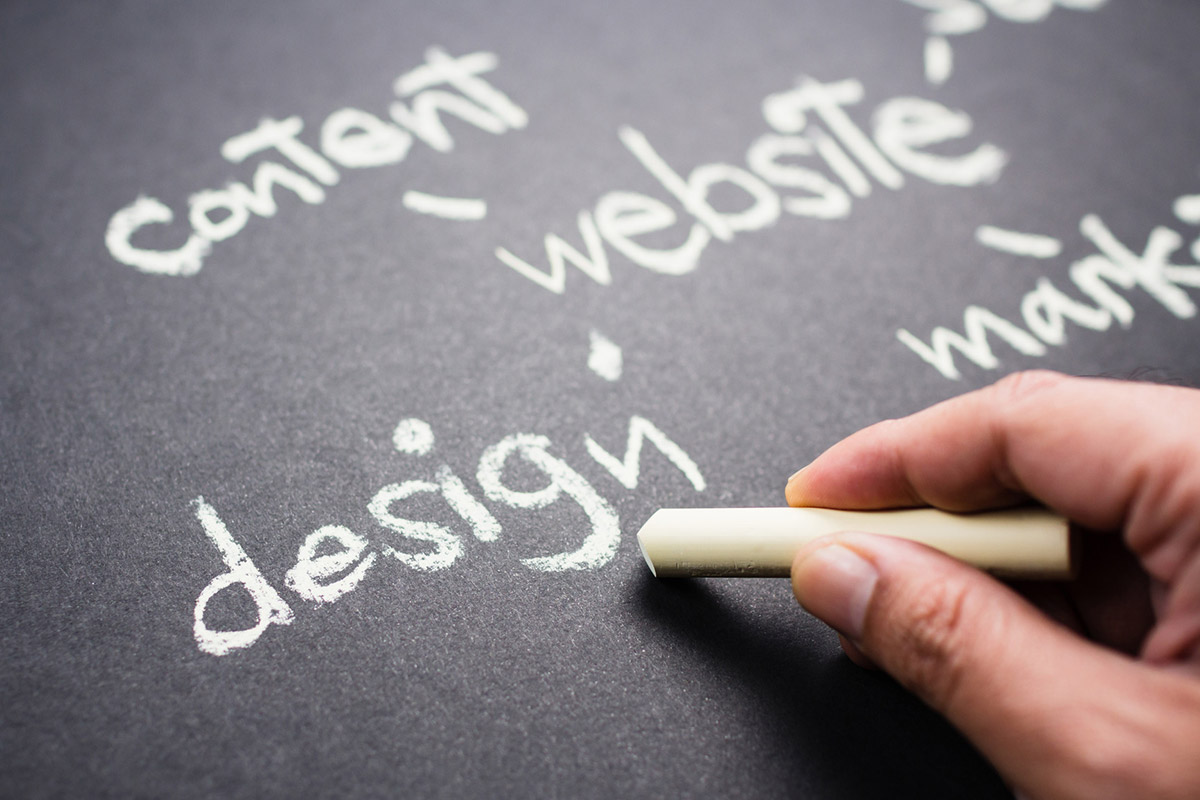 Why All New Websites Look the Same

It happened when no one was looking. Sometime around 2014, all websites started to look very similar: that clear, neat, scrollable, ubiquitous design, replete with sans serif fonts and stock photography.

How did this happen? No, designers aren't in a conspiracy. This is a change that happened slowly and organically across the internet, for very good reasons.

If you've been on the internet long enough, you may know that websites have changed dramatically, so gradually that many people didn't notice. (If the descriptions below don't jog your memory, check out this infographic.)

Early on, everything online was plain text. There was a good reason for this: dial-up speeds were so slow that pictures took forever to download. Text, by comparison, loads blazingly quickly.

As download speeds improved circa 1995 or so, images on websites were suddenly viable. People did what they do when they suddenly can add new design elements: they get excited. You'll remember Geocities, where all websites had gaudy image backgrounds, animated GIFs and flashing text. It was hideous design, but a lot of cutting-edge fashion is.

Around the turn of the millennium, the novelty of images (and of anybody being able to make their own website, regardless of their design chops) wore off. There were still pictures, to be sure, but websites had a lot of menus, and there were a lot of big blocks of color used as backgrounds. We were still figuring out what we wanted the web to look like.

The 2000s brought greater readability and ease of use. "Skeumorphic" design -- design that mimics a real-world thing -- briefly became hip. Websites became shorter, with more pages, but less text on each page.

Perhaps the most pivotal recent change in web design was the debut of the iPhone. Suddenly, mobile responsiveness was a real concern. How your website looked on a computer's browser was no longer the going concern; it needed to look good in mobile.

While 3G and 4G aren't slow, they do require a more stripped-down design than if you're on Wi-Fi. And overall, the primary metric was scalability. No matter the size of the screen, your website needs to look good.

That minimalist omni-website isn't just avant-garde; it's guaranteed to look good on mobile. So with time, we've seen web design converge toward one primary design, with minimal variation. And what's more, anyone can build a website to these specs.


It's a Good Thing

Designers might get nostalgic about the freedom they used to have, before all their digital products looked the same. But honestly, it's for the best.

When you open up a magazine, you expect most of the pages' layouts to look comparable to each other, like they all come from the same thing. This is a cardinal rule of design, and it's what designers used to try to teach newbie web designers back around 1995.

But these days, we understand that rather than all webpages in a given website looking the same, all websites on the internet need to look and behave the same way. We're coming up on a Unified Field Theory of web design.

Nothing stays forever. These viral websites will be outdated in a few years. But what will replace them?

As you've seen, web design is constrained by technology. So it's hard to forecast where we'll be in five to 10 years. But we have a few guesses: As wearable tech takes off, we'll see more contextual design. And several tech gurus, like futurist Nicholas Negroponte, posit that in 20 years, websiteswon't even look like websites anymore.

So take heart. In a few years, those minimalist, long-scroll sites will be out of fashion. Get ready, because we'll craft what the internet looks like, all over again.