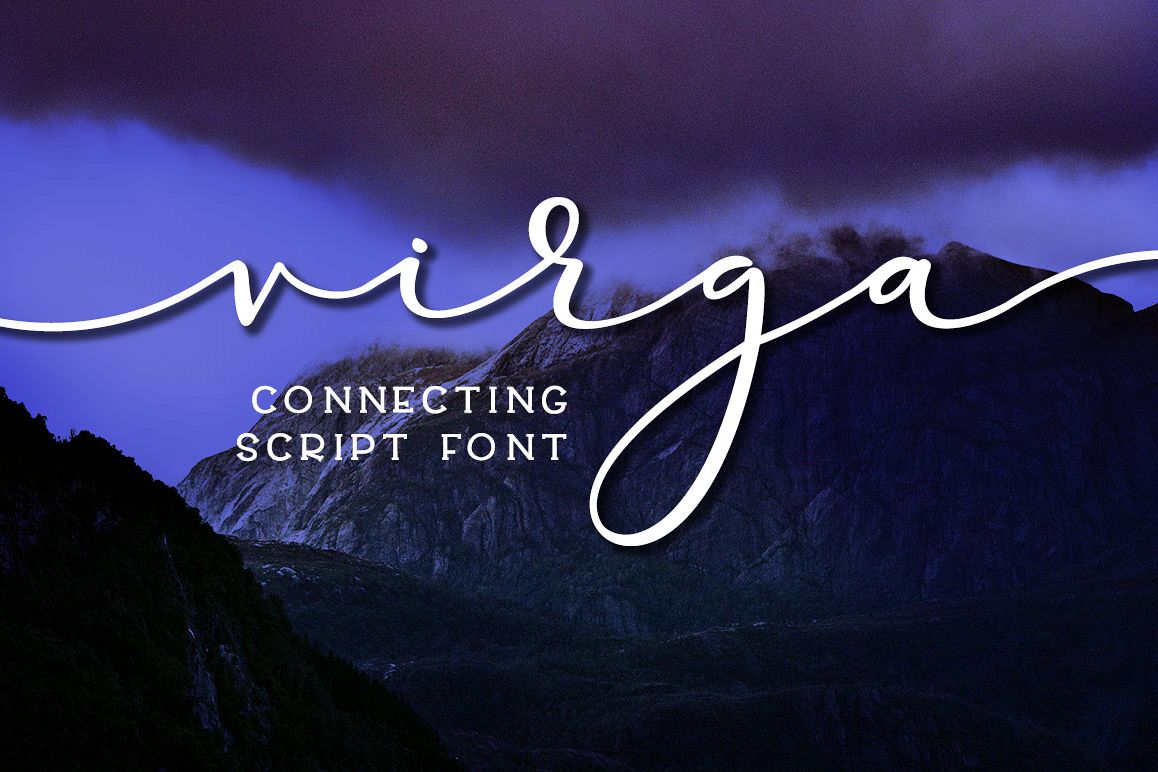 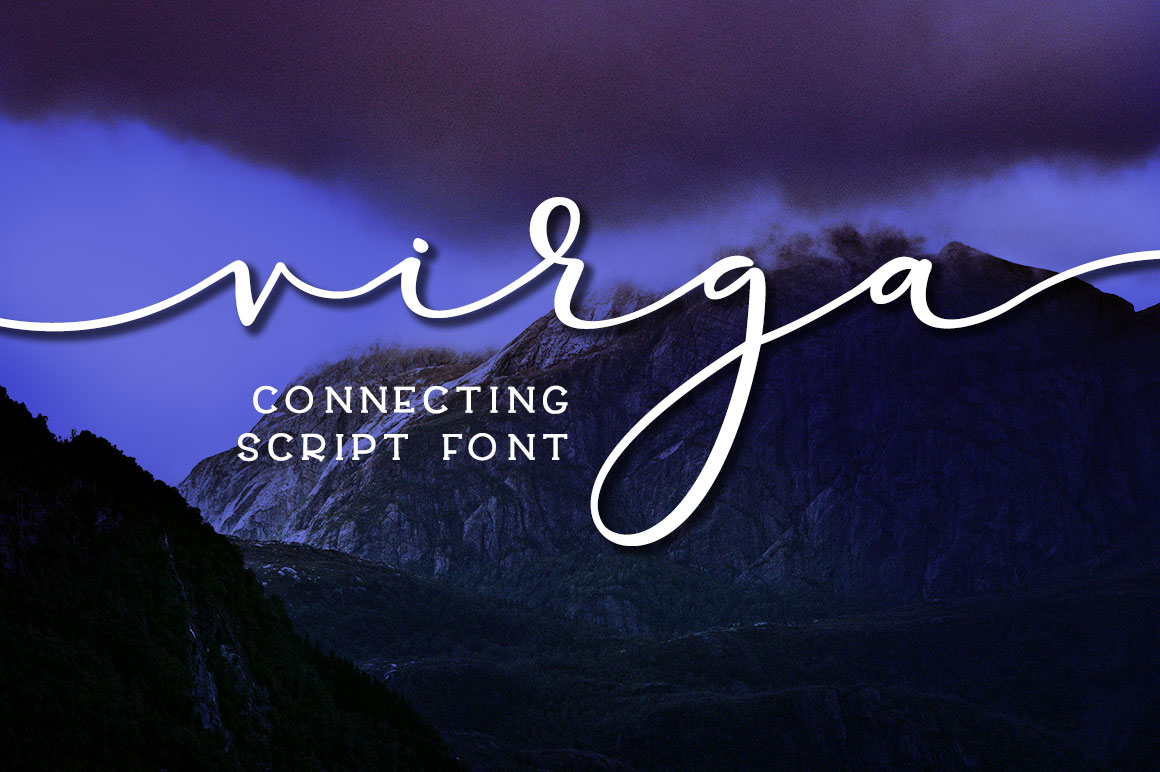 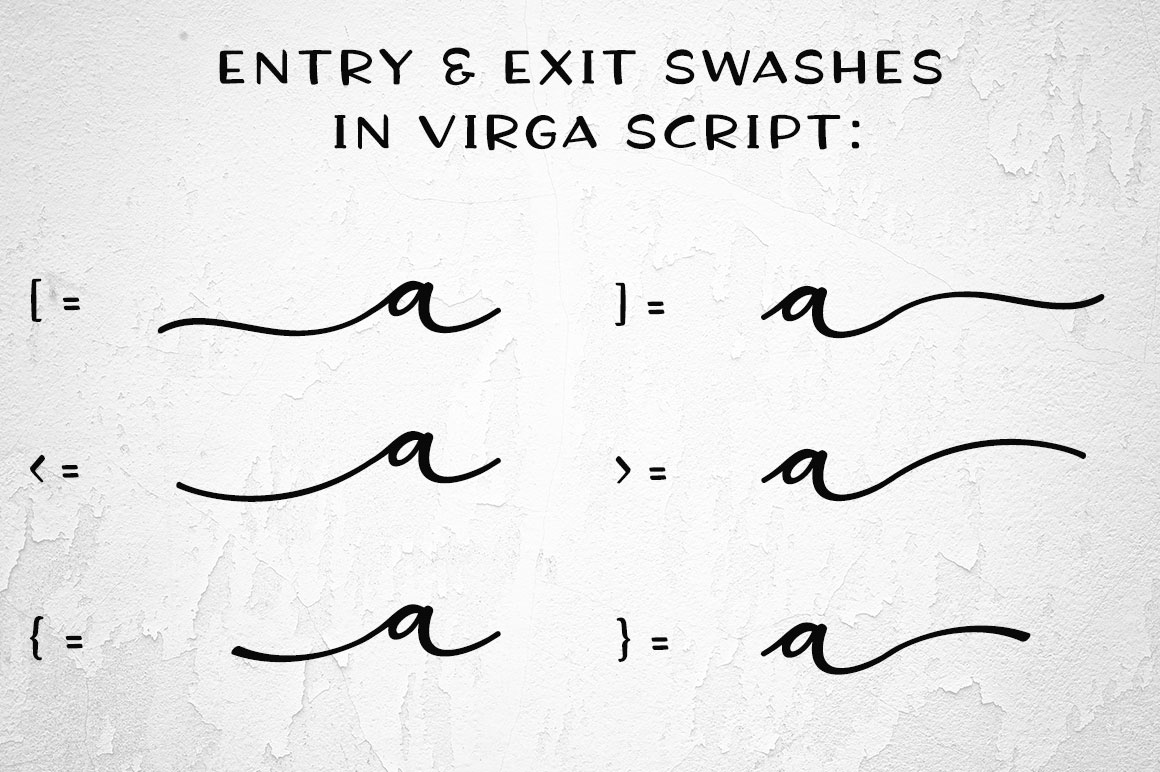 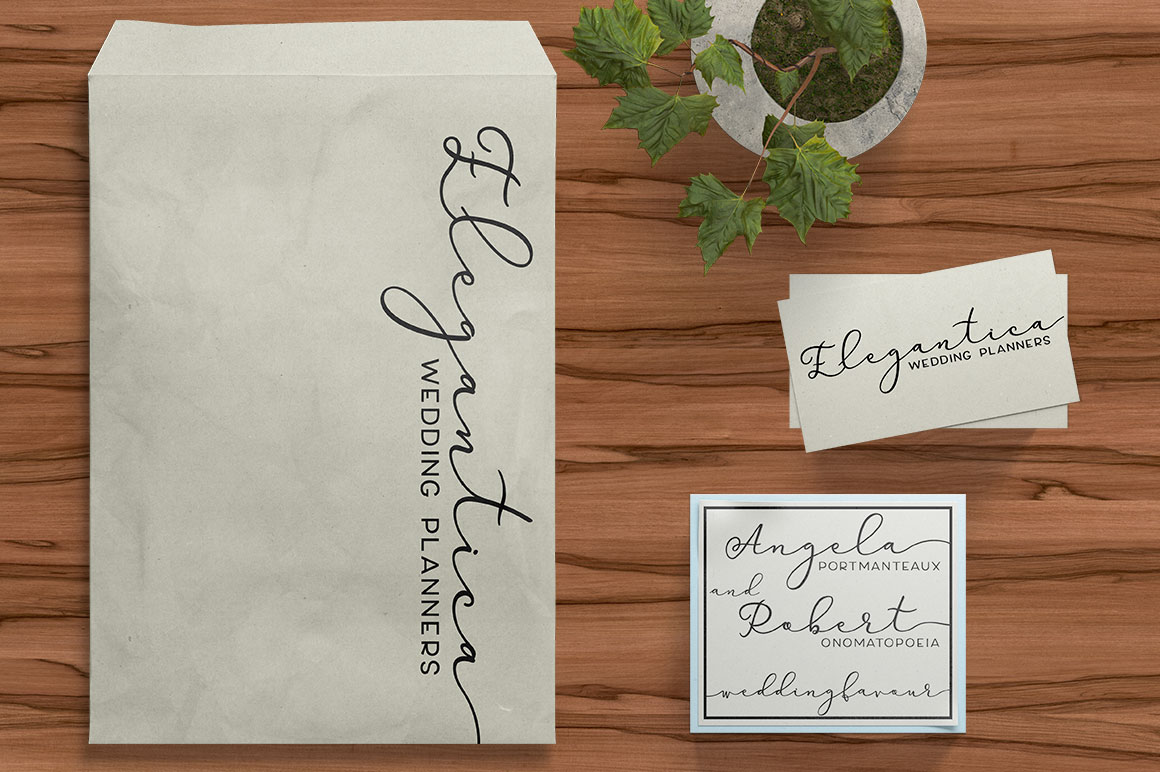 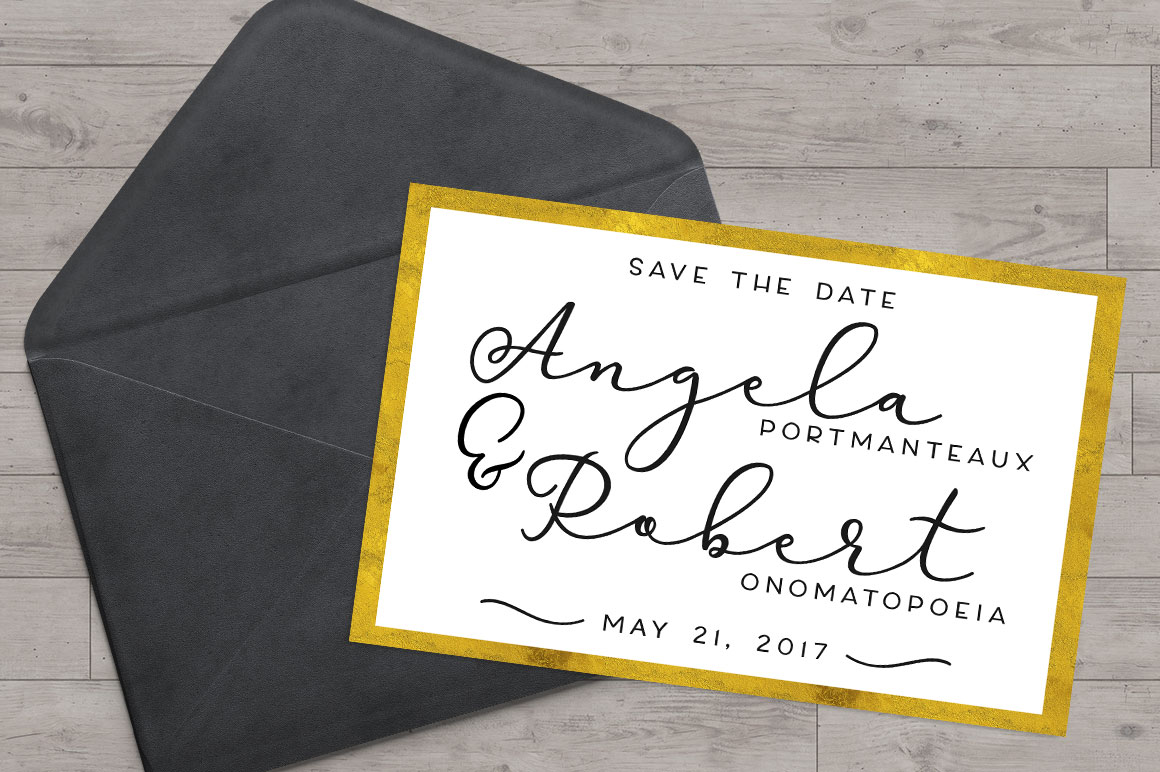 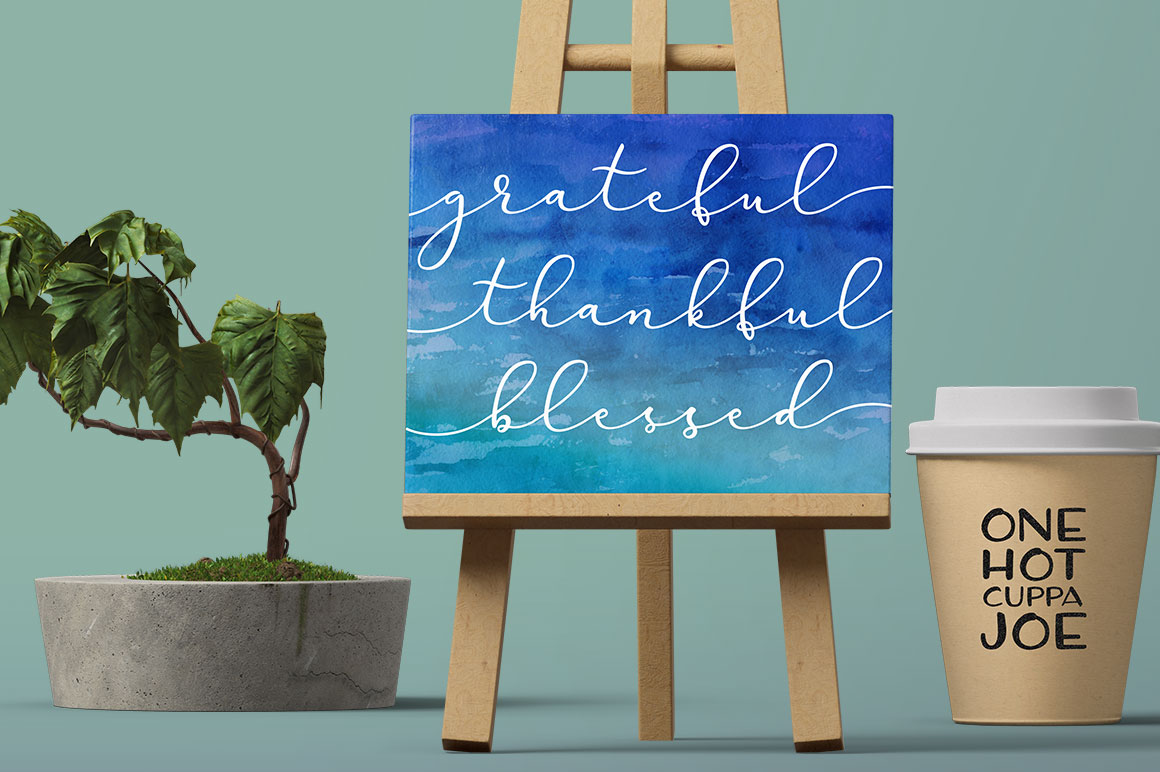 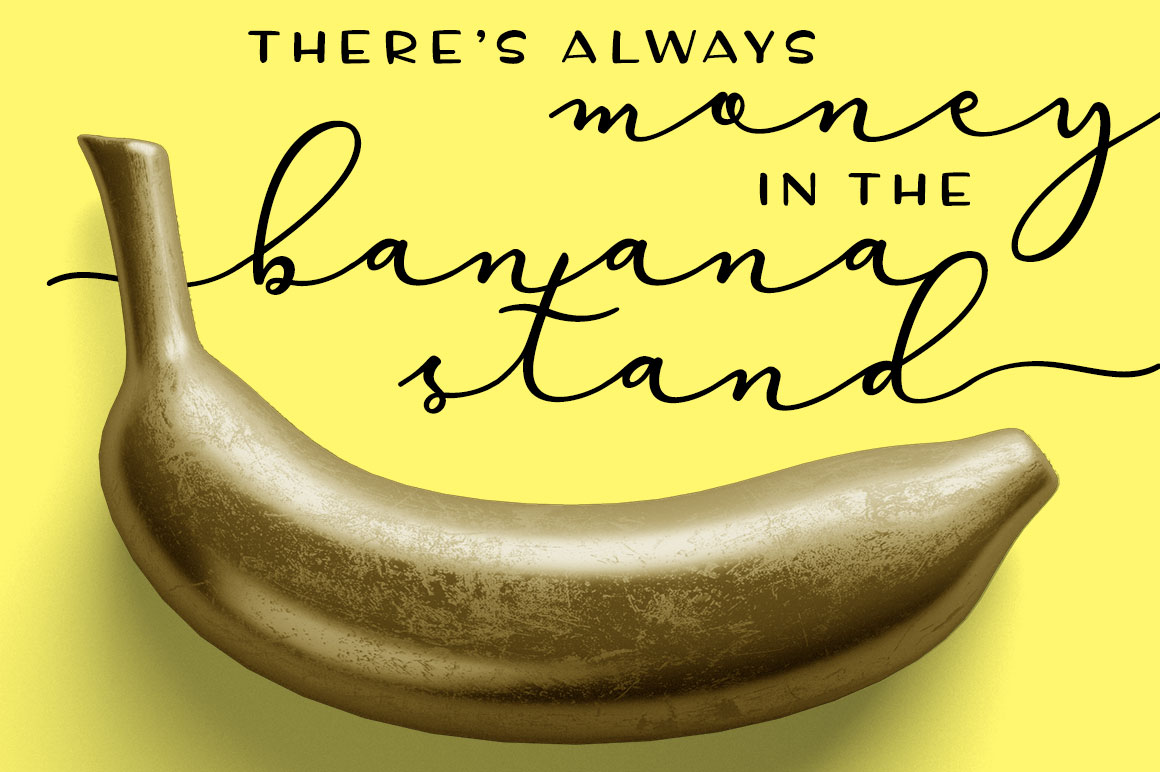 Virga is an atmospheric phenomenon where it's raining, but the air is so dry that the rain doesn't reach the ground. It just gets absorbed into the air on the way down, causing a really cool drooping-clouds look. (We see a lot of it here in the deserts of Arizona.)

Virga is also a connecting script font with smooth transitions and extra-fancy uppercase letters, for all of your elegant project needs!

Each lowercase letter in Virga Script has a short stroke leading into the letter, allowing them all to start a word with a little bit of flair. Not to mention, there are 3 entry and 3 exit swashes mapped to the bracket keys, so you can make the beginnings and ends of your words even more dramatic!

---------------
Virga Script contains OpenType features (20 stylistic alternate characters). In order to use these alternates, you need to install the OTF version of the font, and your software needs to be able to access OpenType features.
Some programs have OpenType feature access built in (Adobe Photoshop, Adobe Illustrator, Adobe InDesign, Microsoft Word, CorelDraw, QuarkXpress 7+, and more). Many other programs that support Unicode will allow you to import OpenType alternates by copying them from Character Map (PC) or Font Book (Mac) and pasting them into your program.
If your software isn't friendly to OpenType features, or you need to use the TTF versions, fear not! The 20 alternate letters have been separated out into a second font file, Virga-Script-Alternates, so they're easy to access for everyone! (The letters not included are: a, i, u, v, w, and x. They neither have tall ascenders or descenders [which are longer in the alternates] nor do they frequently appear in pairs [with the exception of "vacuum," but how often are you planning on writing that in fancy script?]) 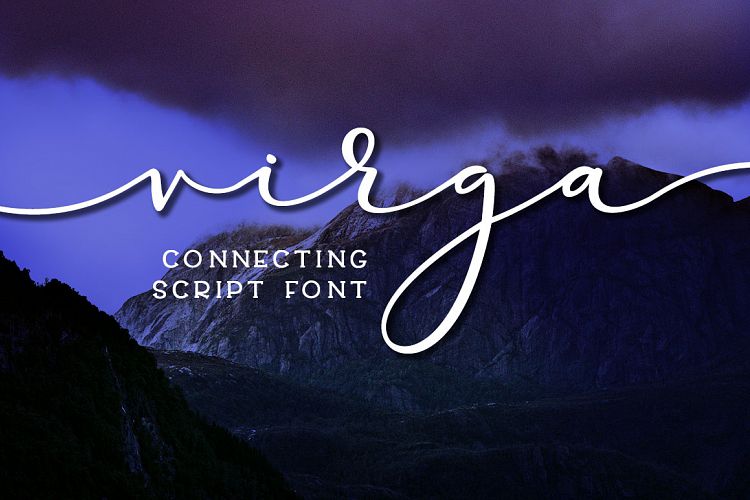