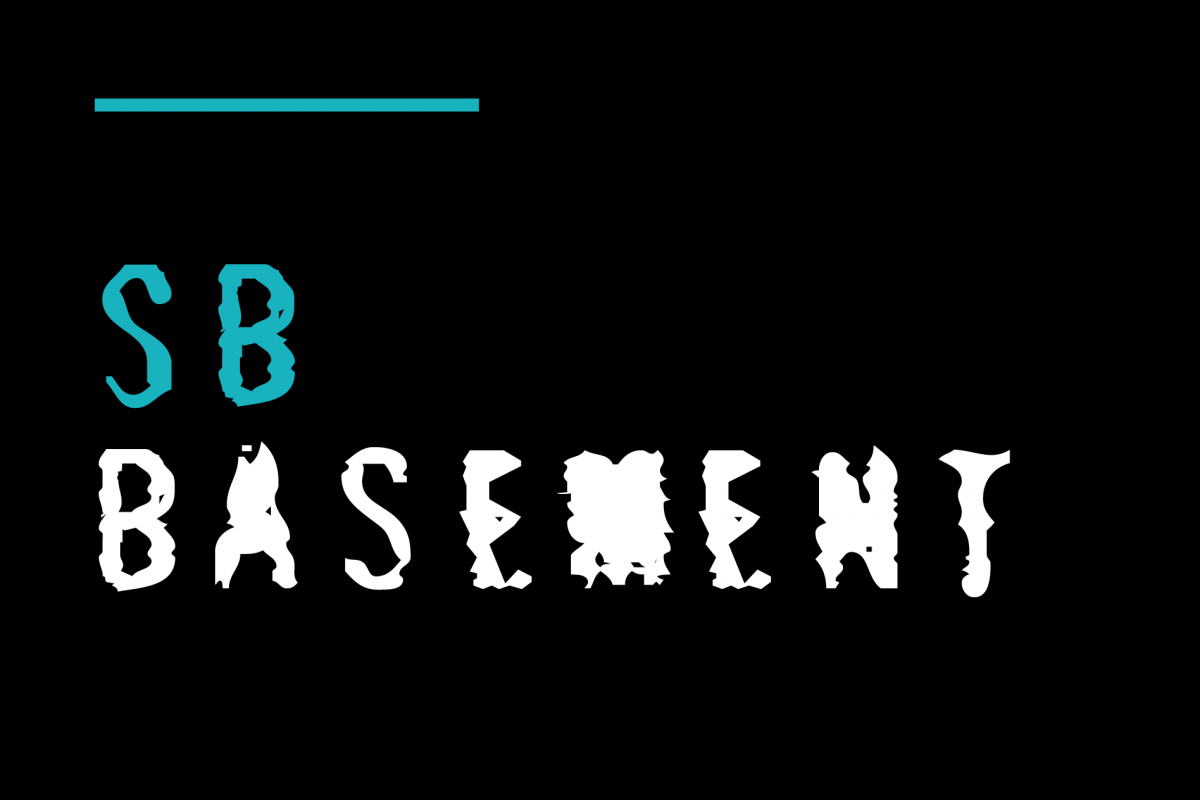 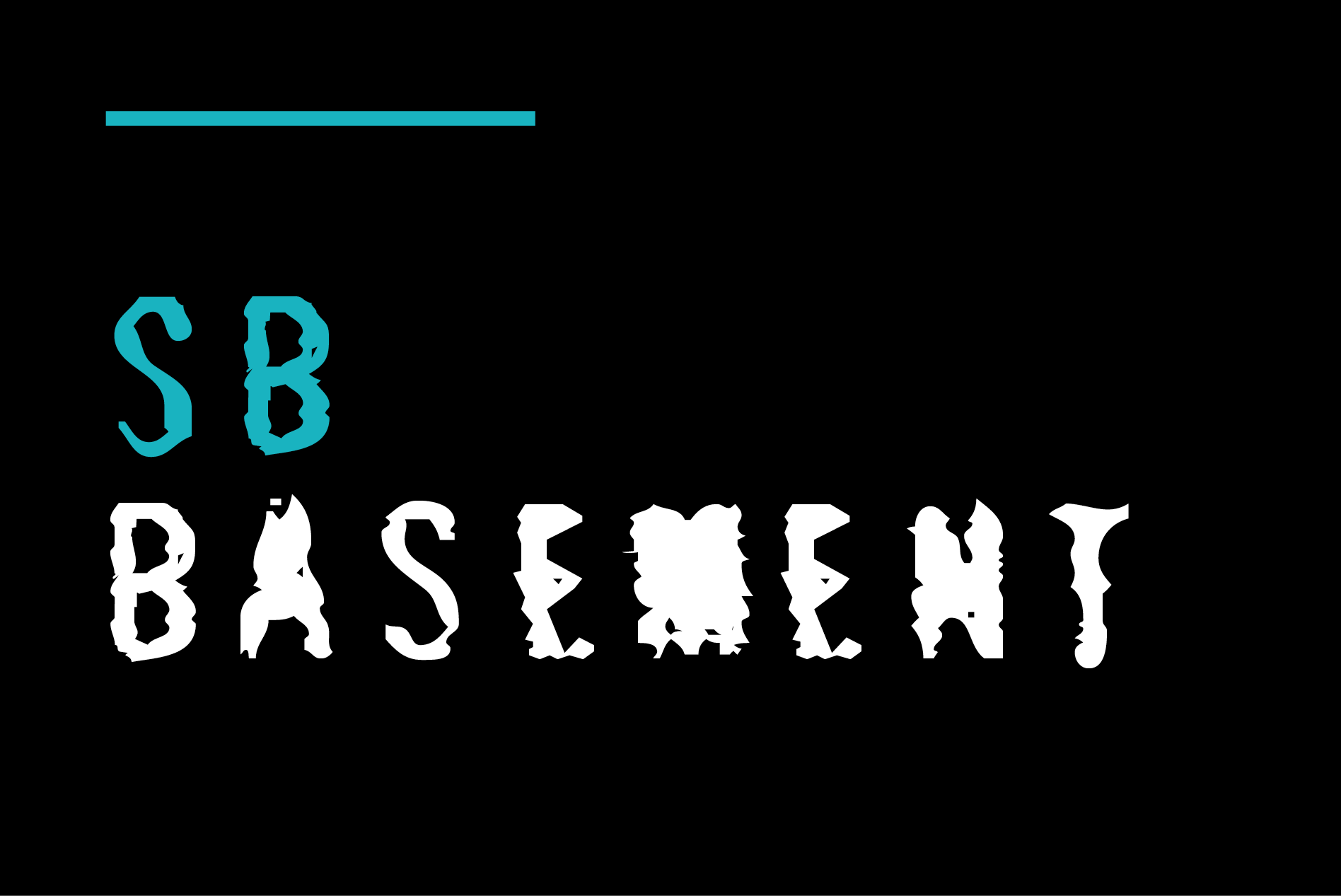 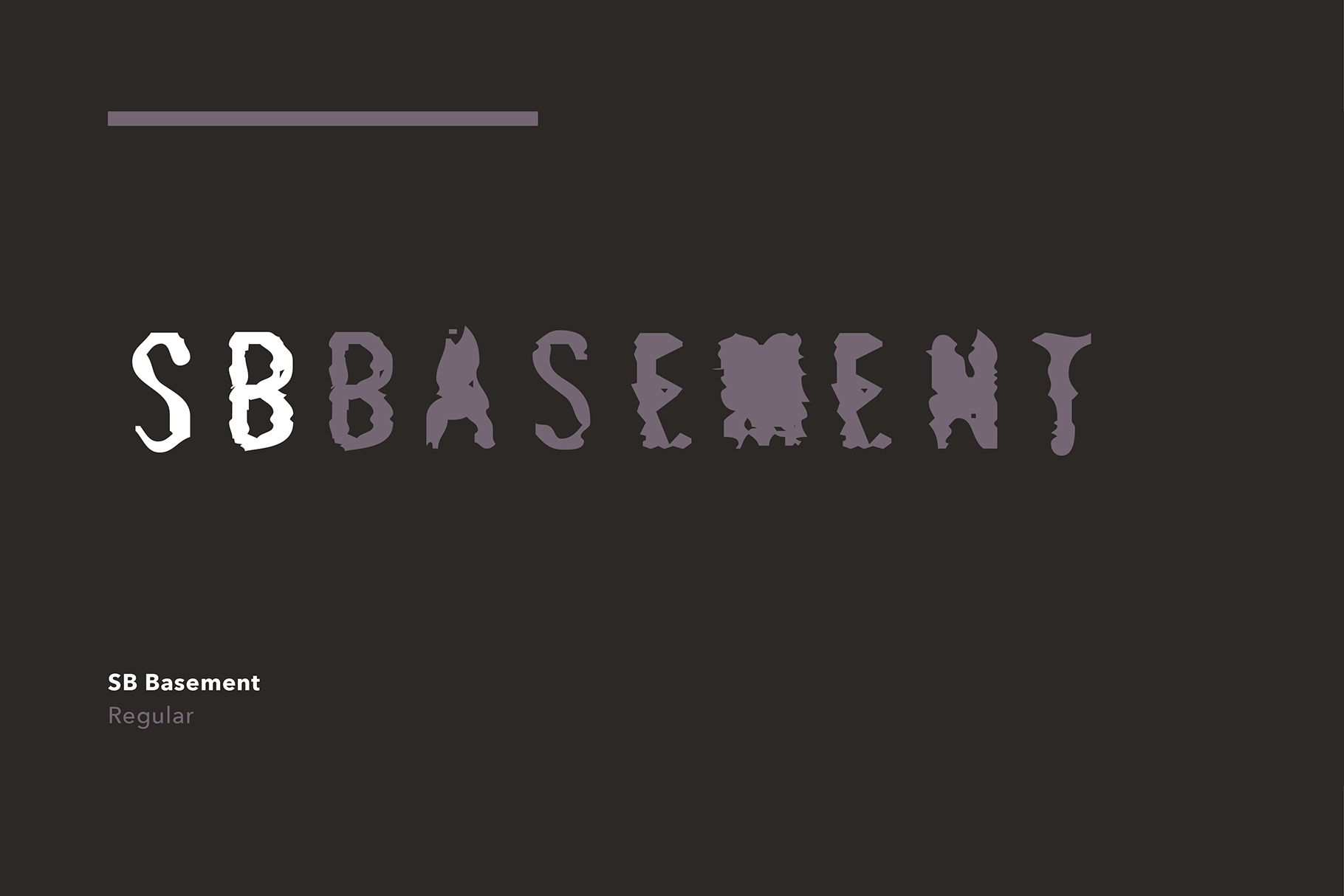 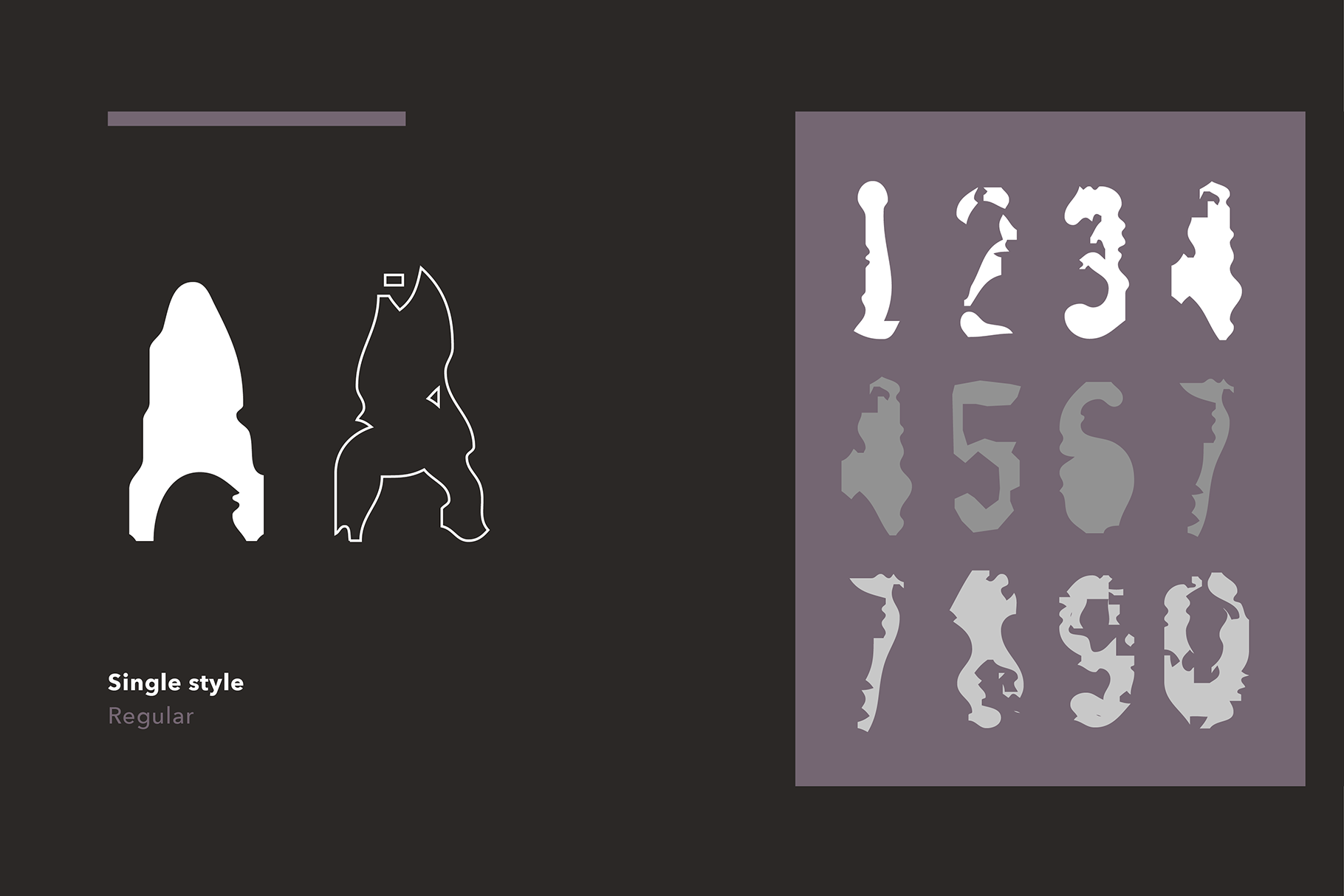 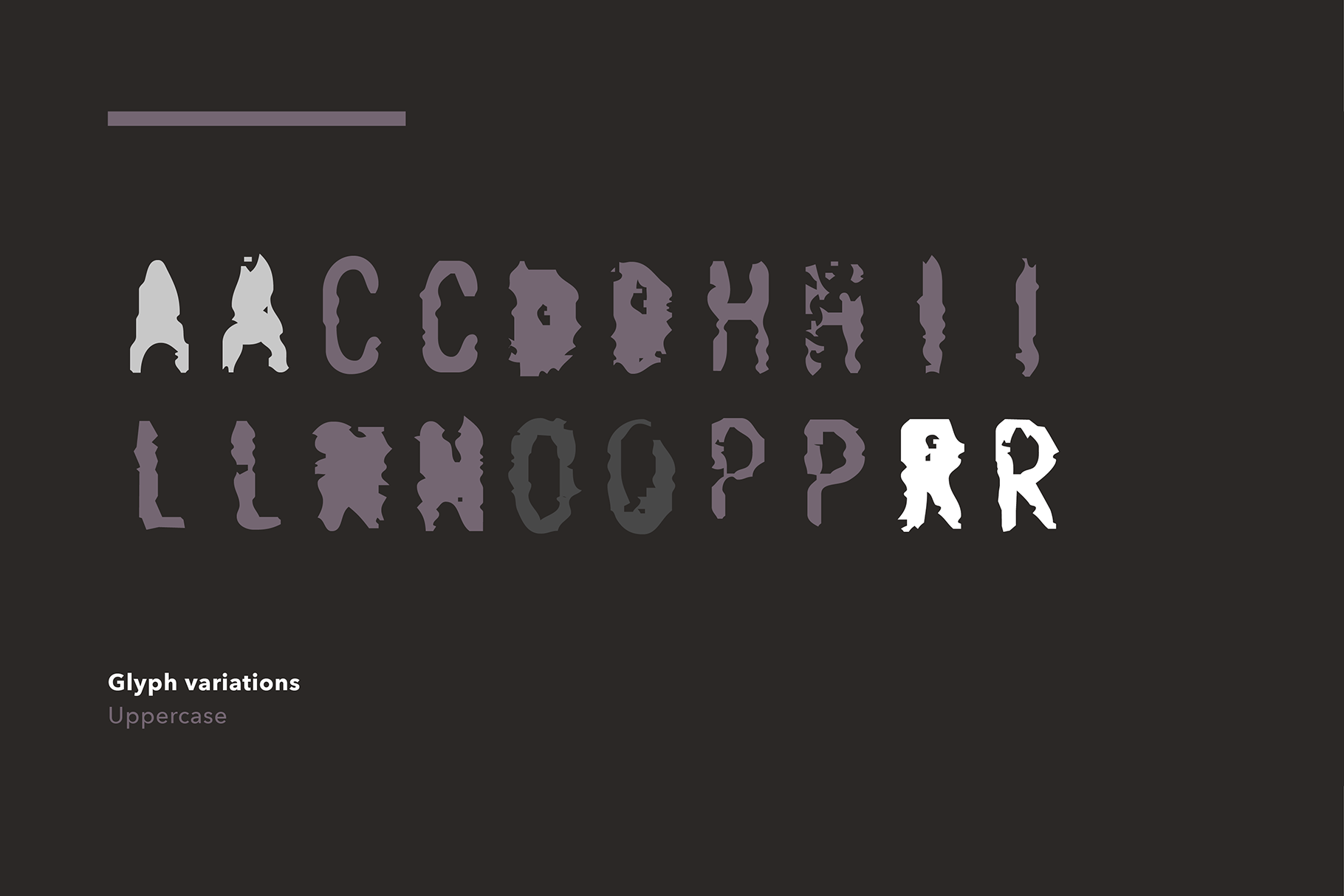 SB Basement’s letterforms were originally taken from roughly stamped cardboard outer cases found in a stockroom basement. The original letters were printed by a machine at speed, with bad ink smearing on a rough, porous cardboard resulting in a bad, often barely legible reproduction of the original letterforms. Various scans were made and taken into FreeHand 3 for auto tracing, adding another form of distortion, albeit this time digital. The results are presented here as an OpenType typeface. Many characters have alternative glyphs, which helps to retain the random, smeared look of the original warehouse source material. SB Basement sits nicely alongside other distressed grunge fonts and has been used in projects around the themes of pollution, corrosion and acid rain. 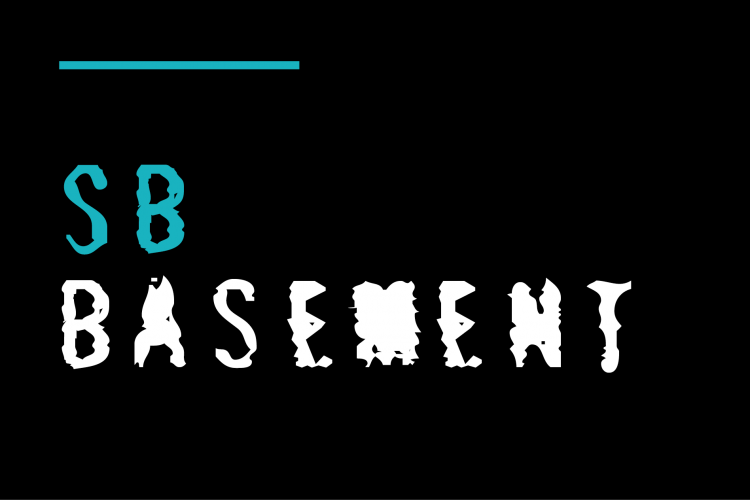