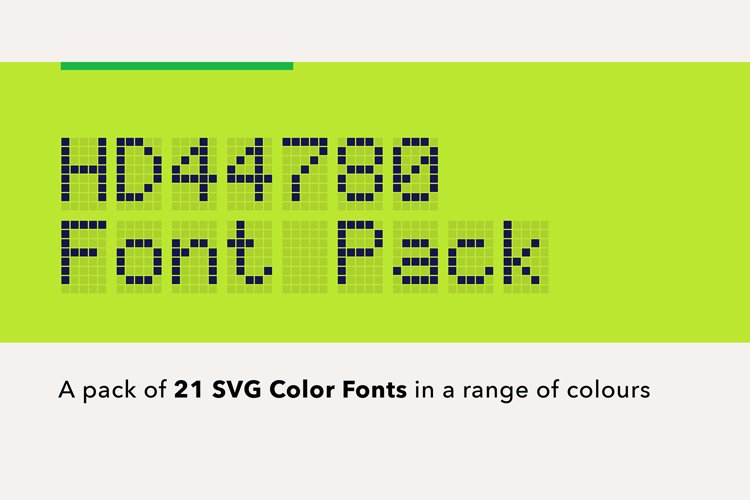 SB Liquid HD44780 is a digitisation of the 5x8 pixel typeface used on many Liquid Crystal Display (LCD) panels, including the ubiquitous Hitachi HD44780.

This pack is intended to emulate the look of these LCD screens and contains 21 SVG Color Fonts in a range of colours, including two versions featuring transparency for layering over images or textured backgrounds.