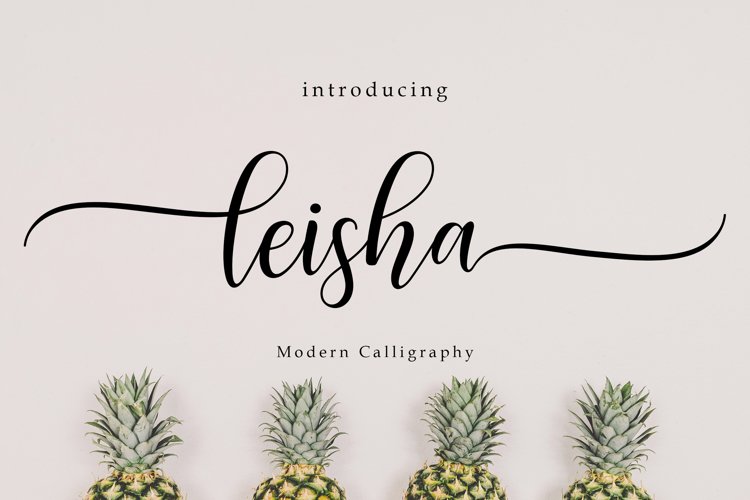 Over 100 people have this in their cart

Leisha Script come with 200+ glyphs. The alternative characters were

be accessed by using Open Type savvy programs such as Adobe Illustrator,

Word. And this Font has given PUA unicode (specially coded fonts). so