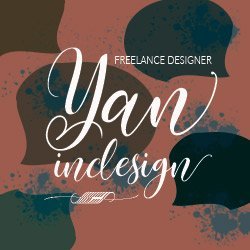 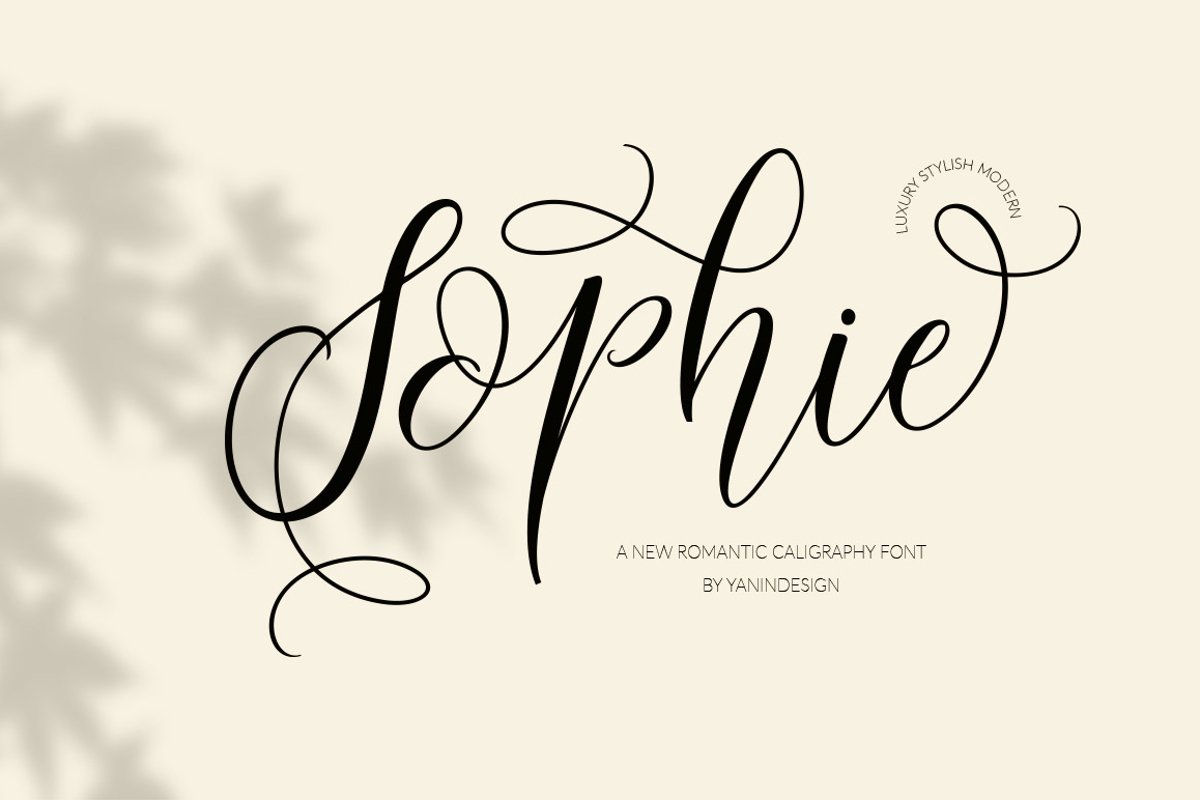 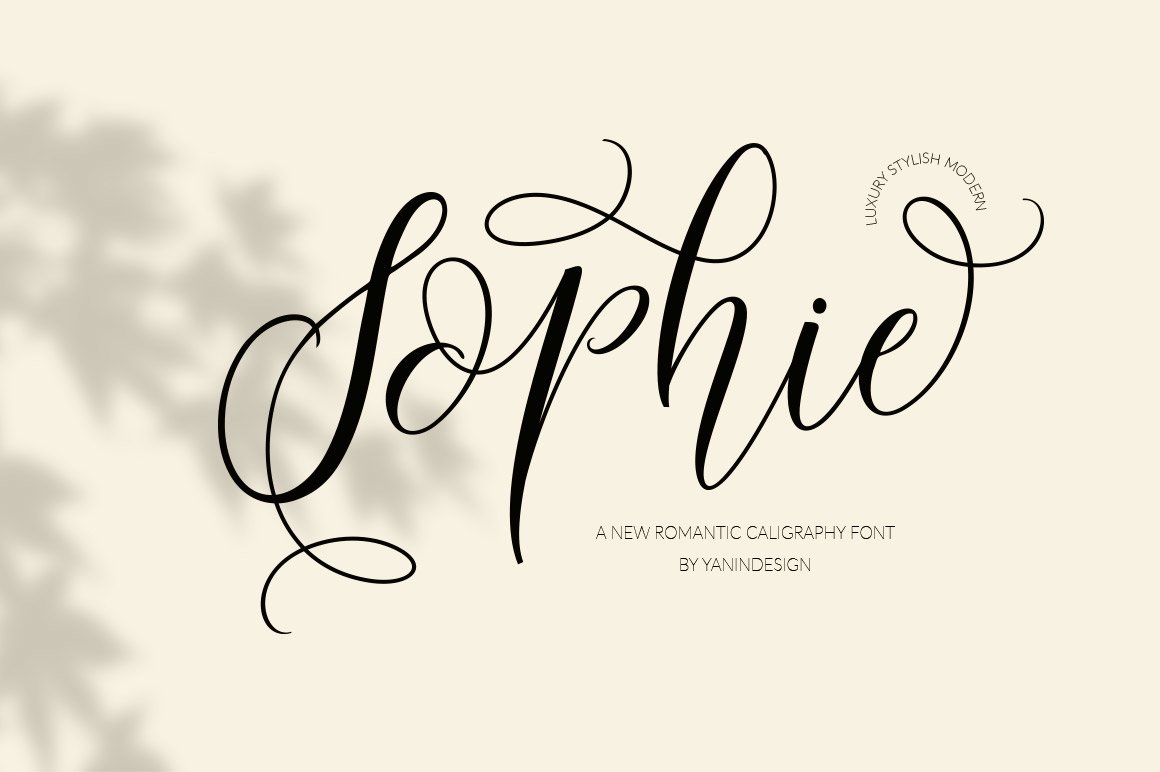 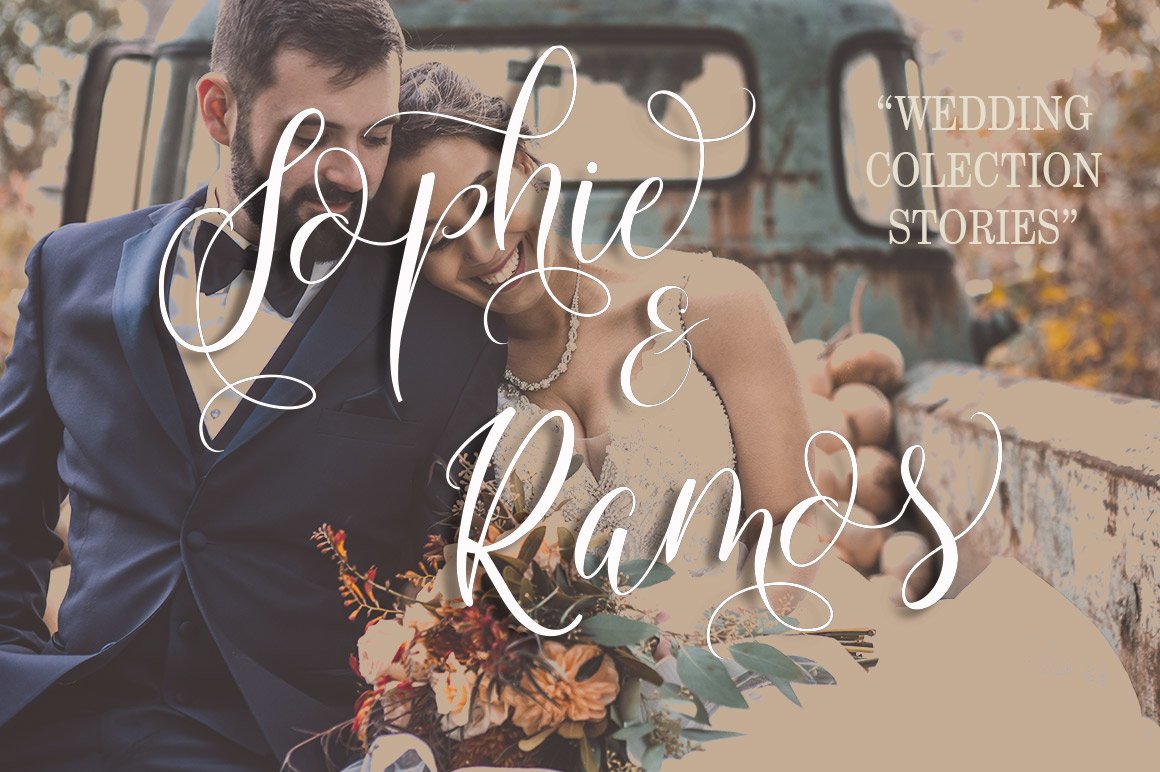 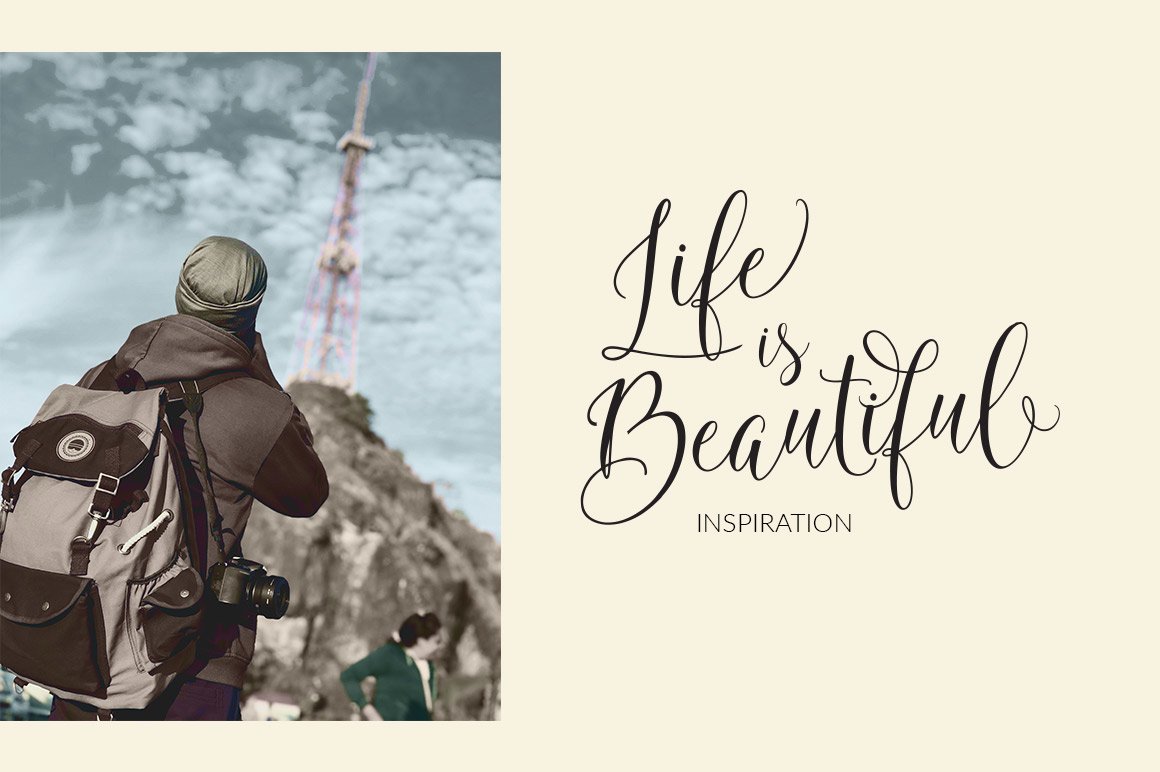 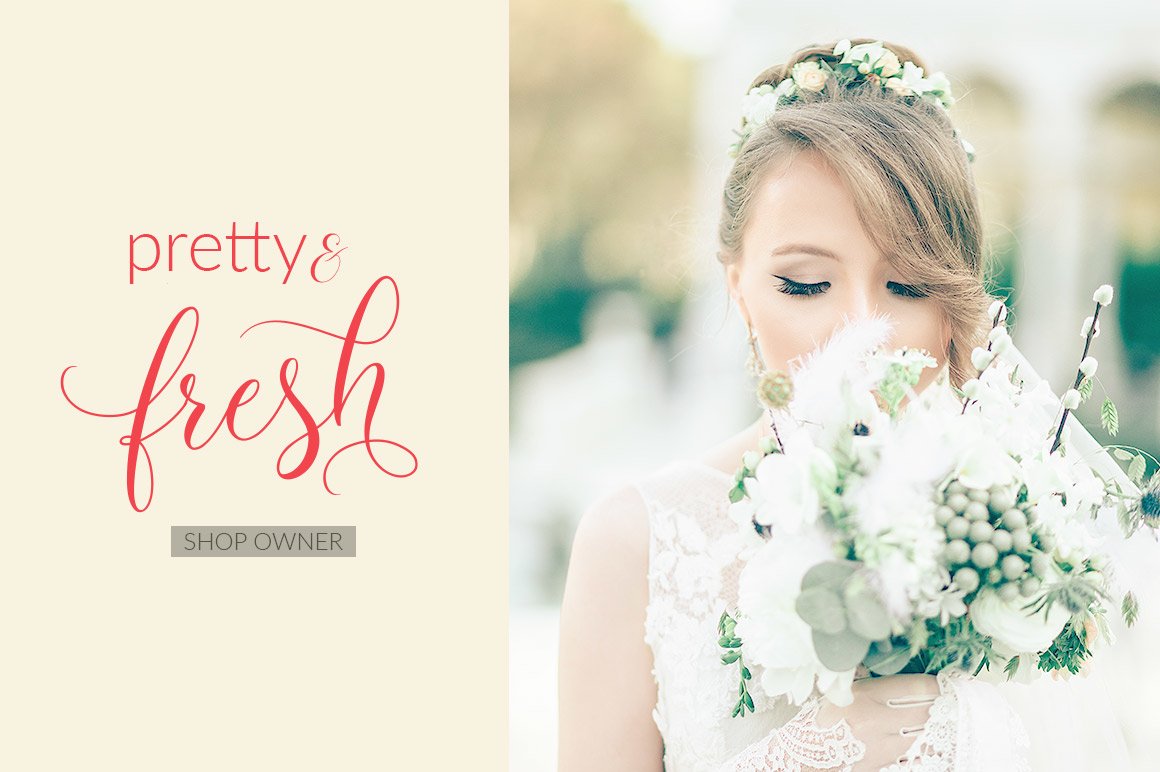 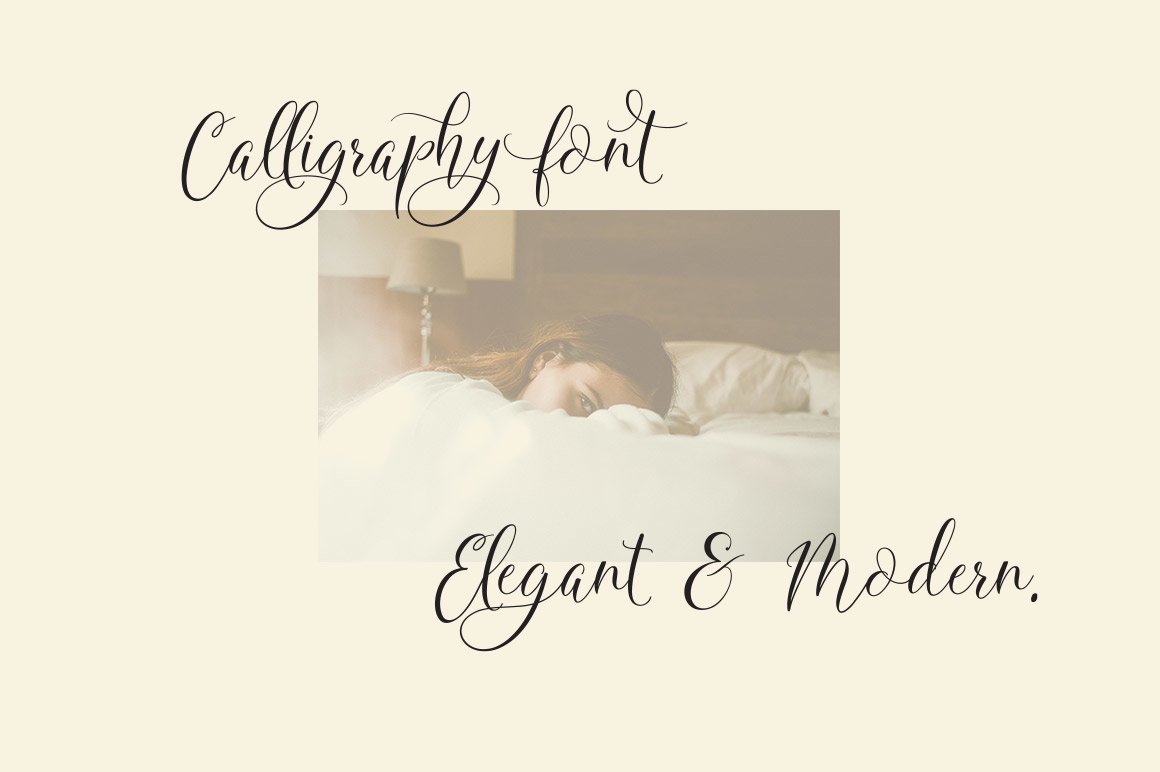 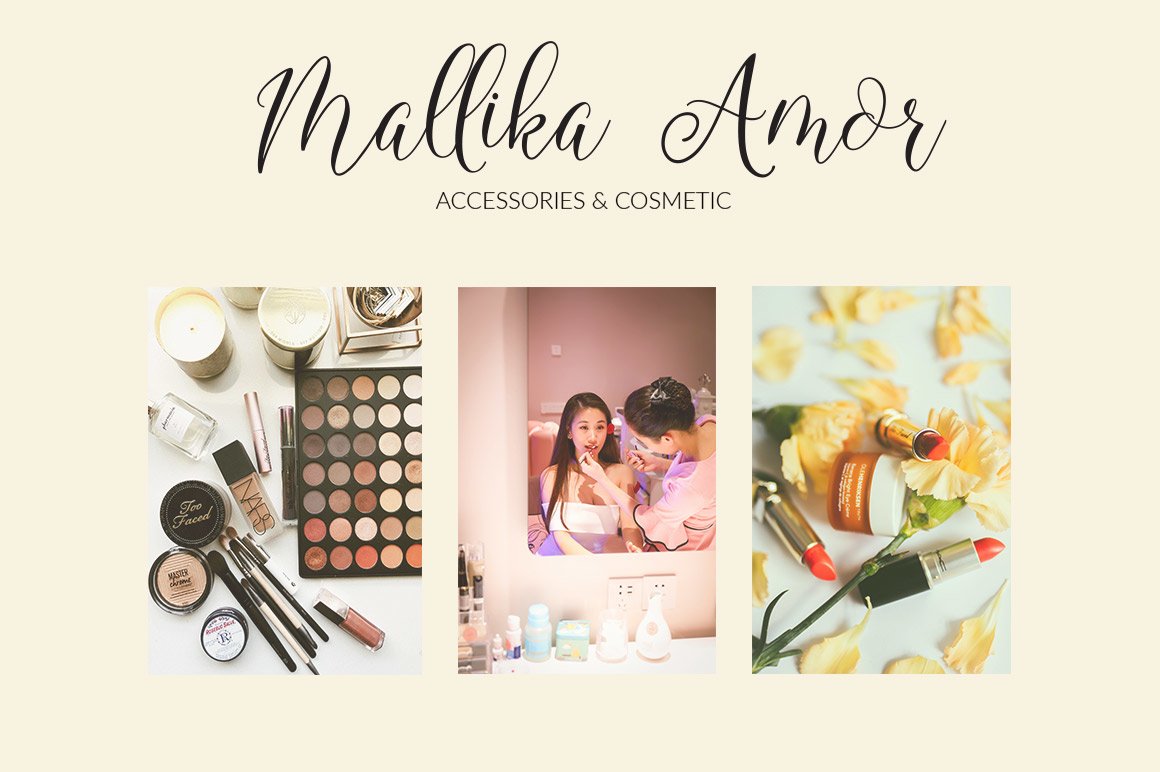 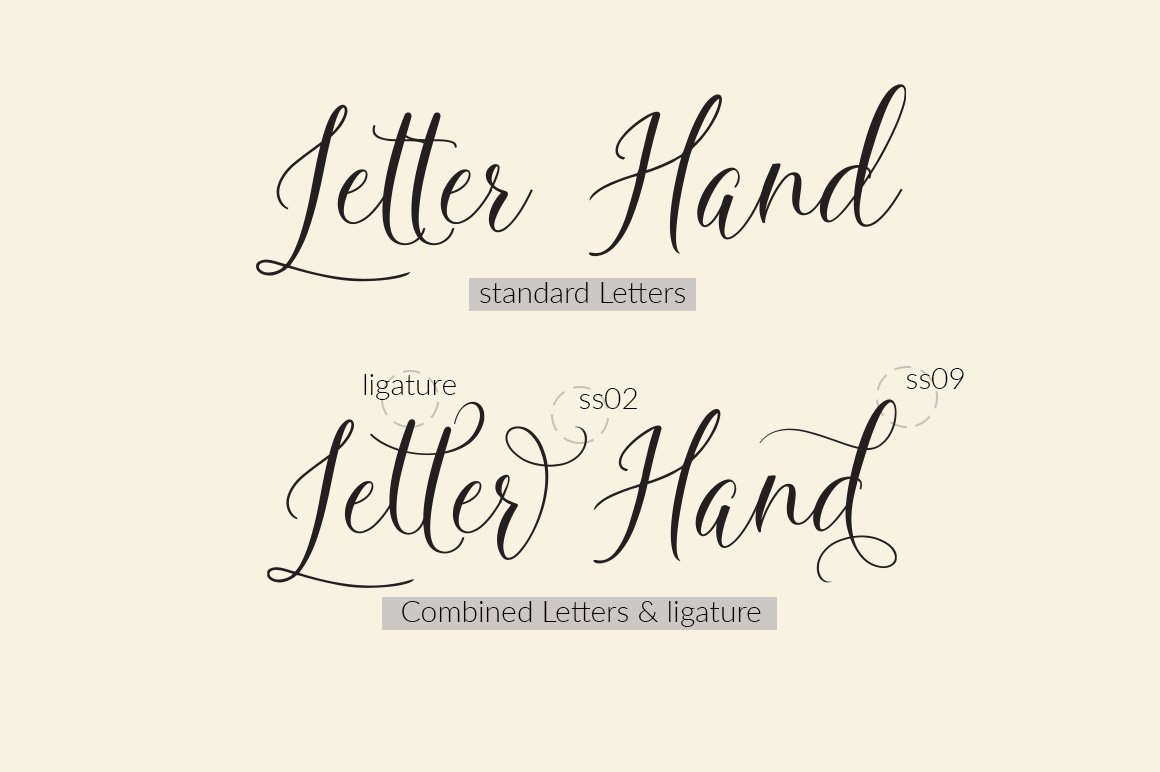 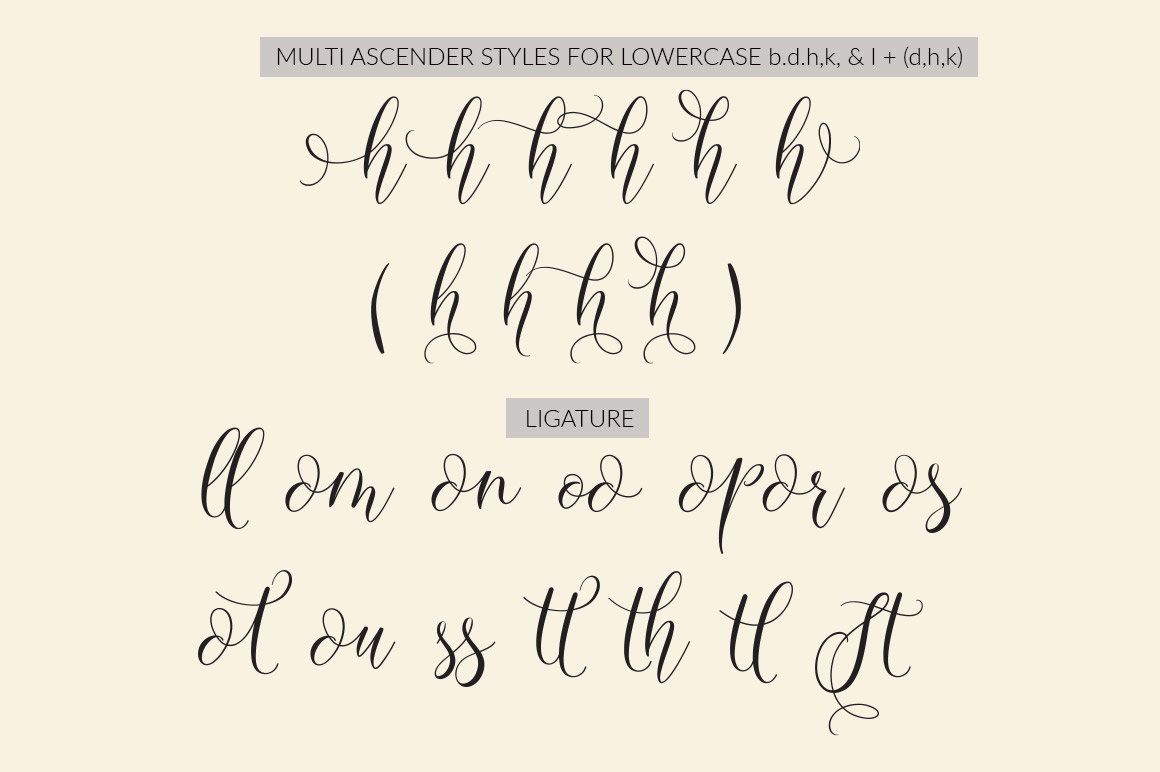 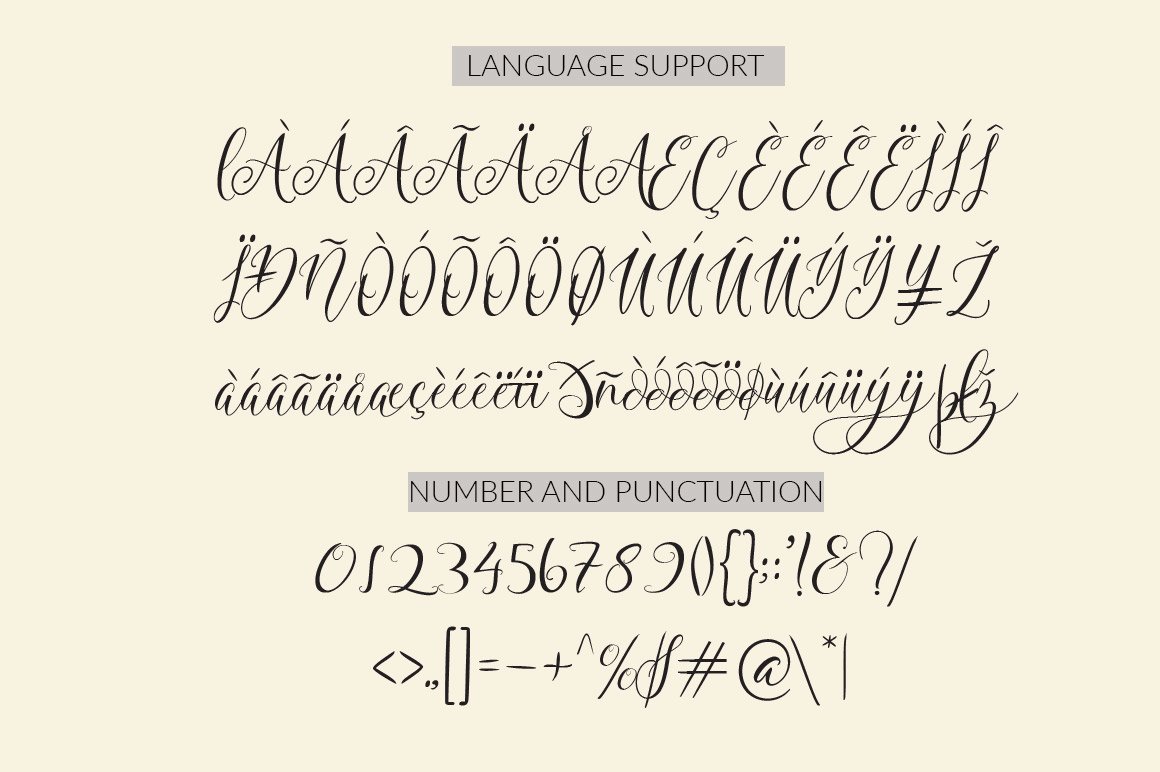 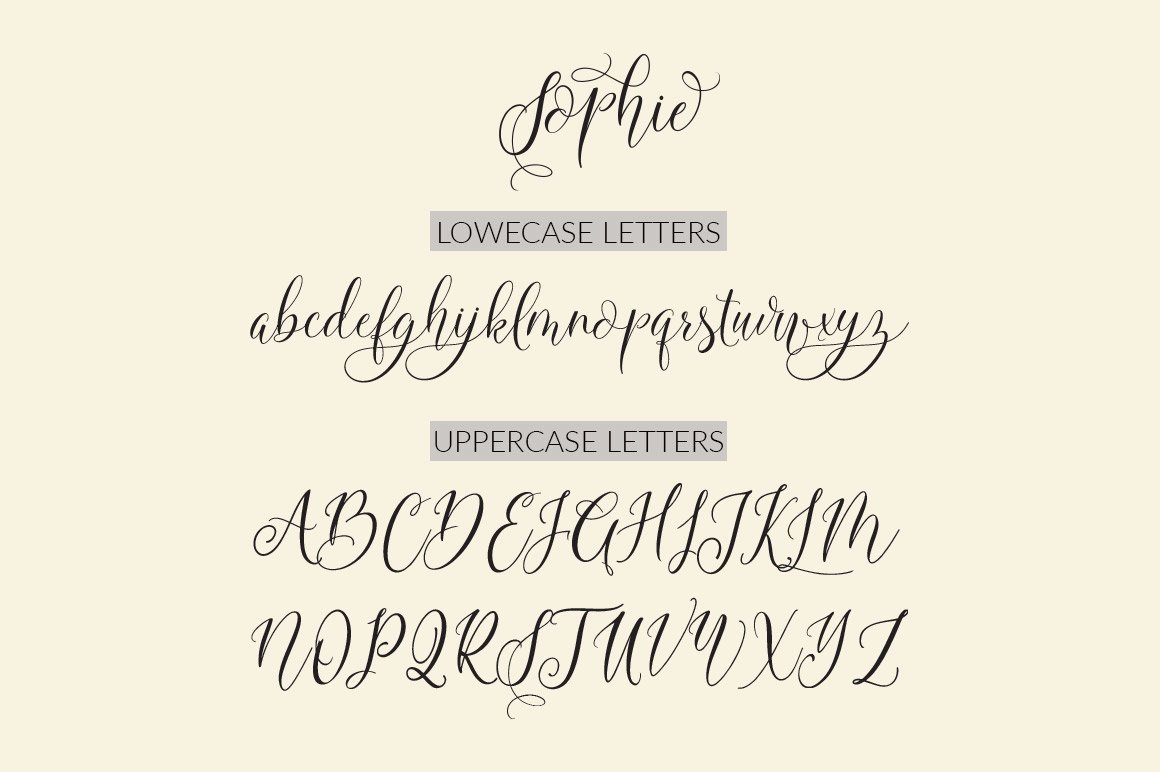 Introducing the elegant new Sophie Calligraphy Font! For those of you who are needing a touch of elegance and modernity for your designs, this font was created for you!

Sophie was built with OpenType features and includes beginning and ending swashes, alternate swash characters for most lowercase letters, numbers, punctuation, alternates, ligatures and it also supports other languages :)

Accessing the swashes / opentype features / glyphs: This font works best in a program that supports OpenType features such as Adobe Indesign, Adobe Illustrator CS, or Adobe Photoshop CC. However, if you have older versions of these programs or are trying to use the alternate glyphs in a program like Microsoft Word, you can still do so by in "Character Map" your Start Computer.

The font used in the preview images is Lato Light :) 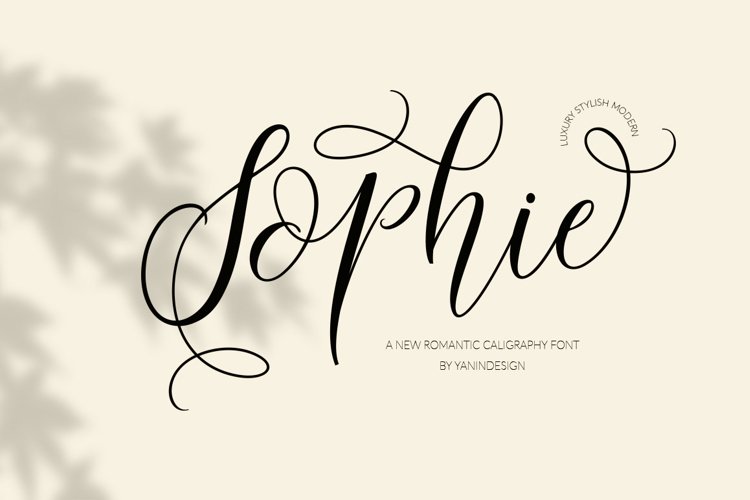