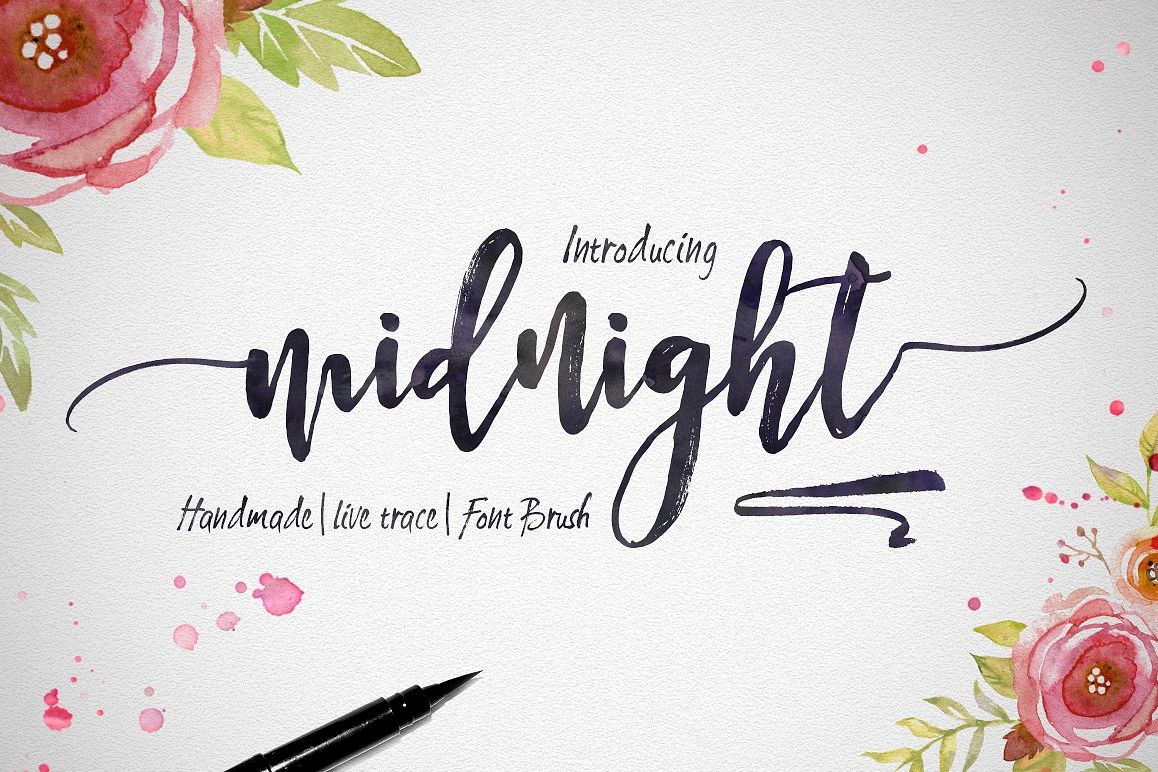 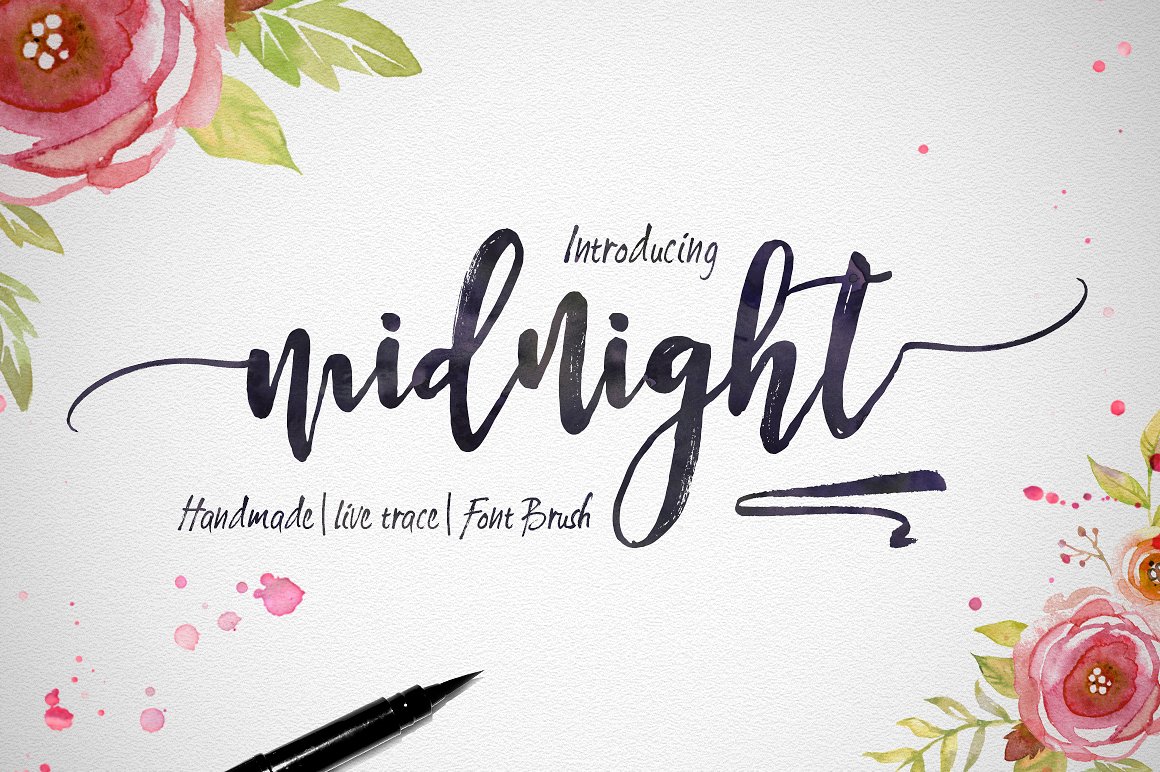 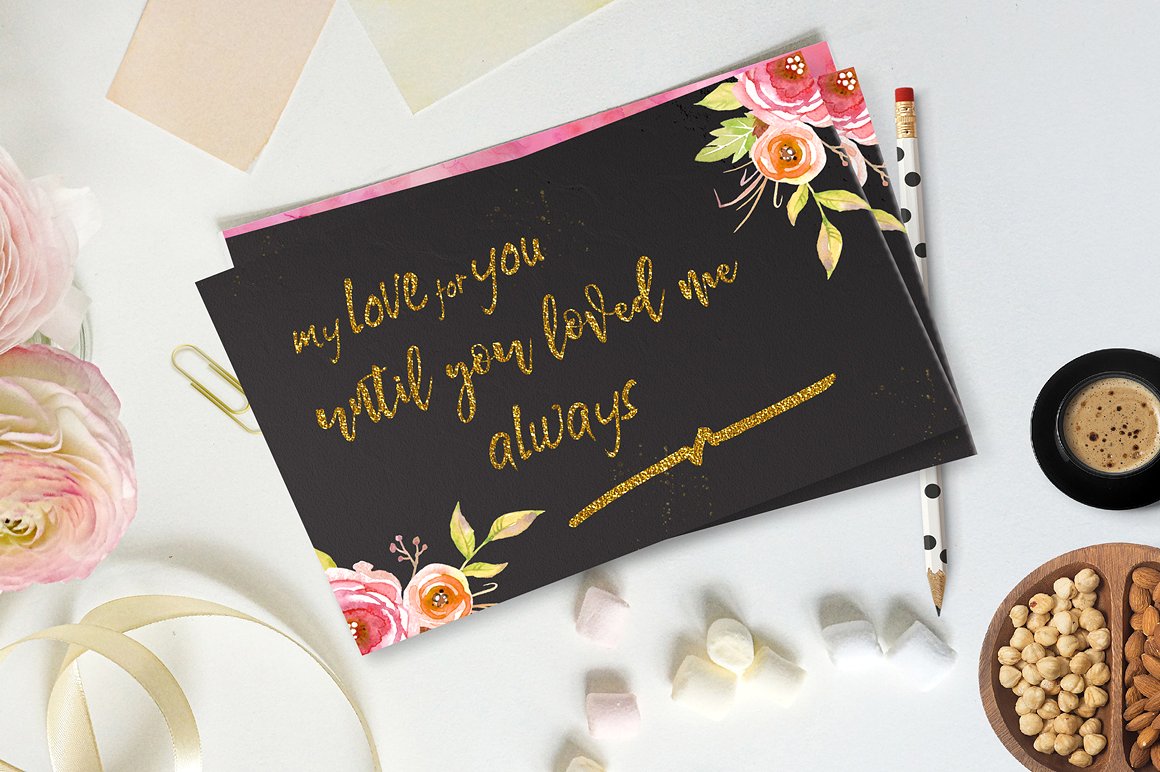 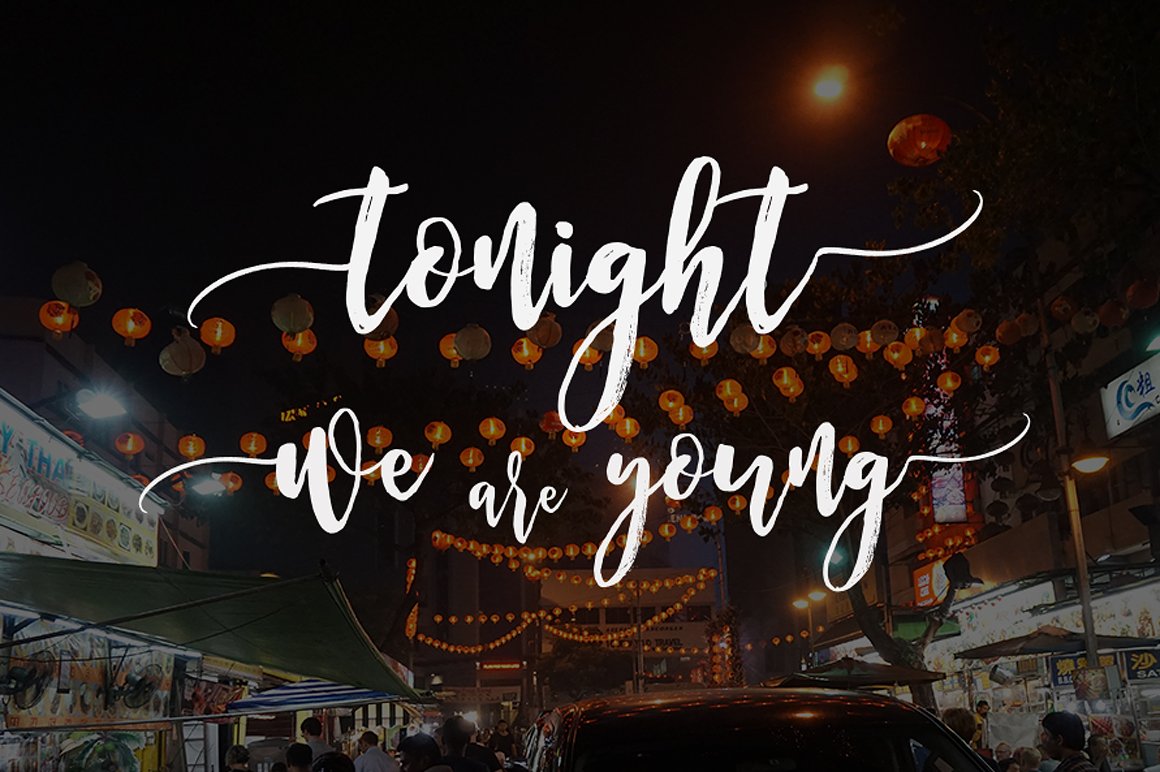 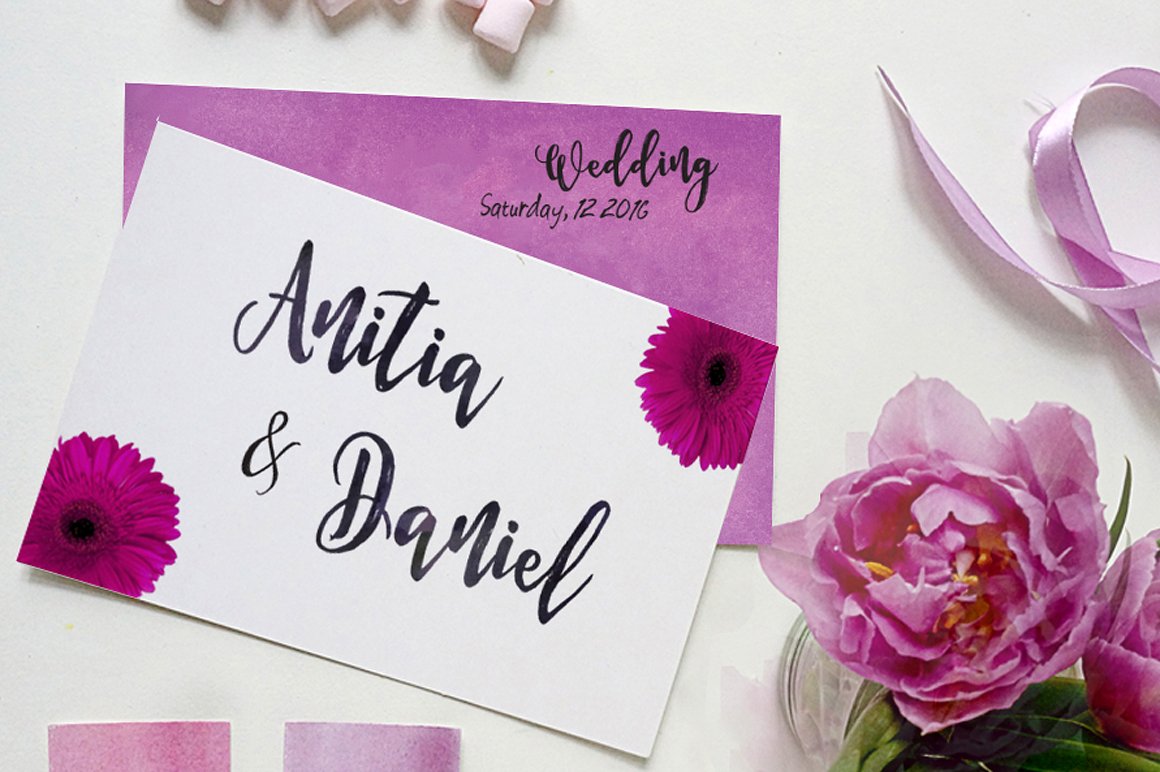 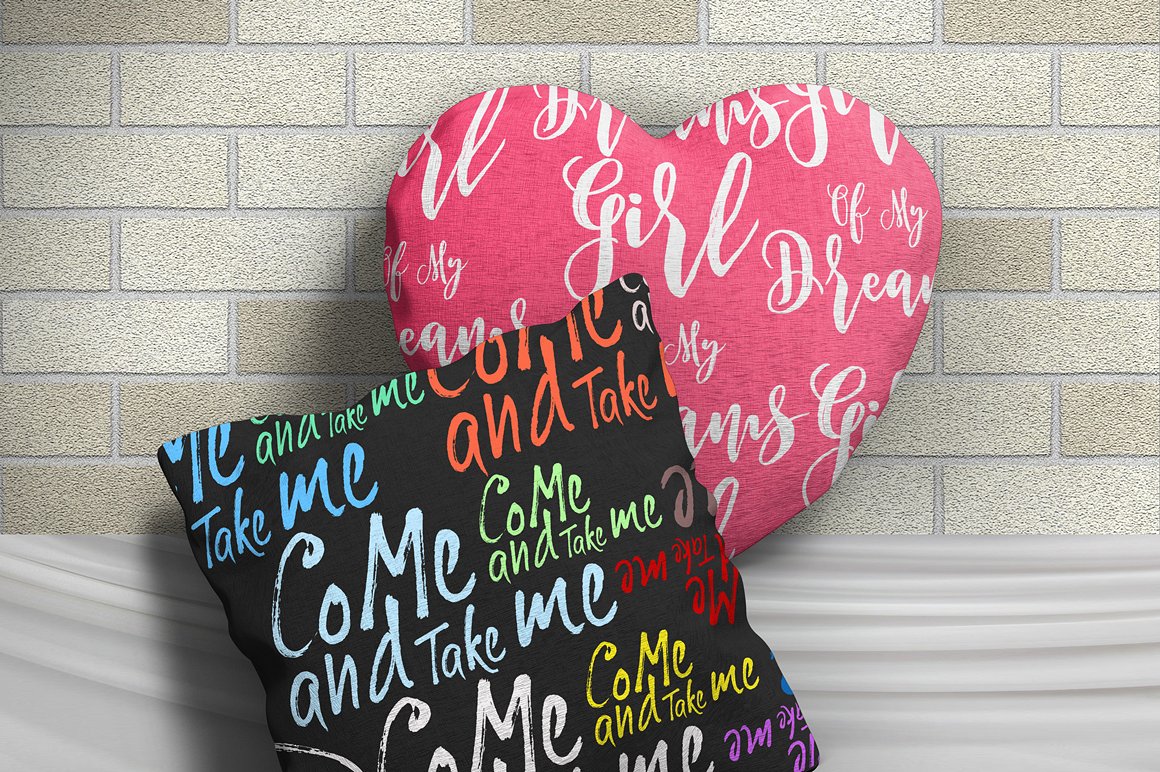 Midnight is the font style handmade dancing and then live trace to have Grungy brush and unique forms of calligraphy, the writing style is very natural.The Features of this fonts is; 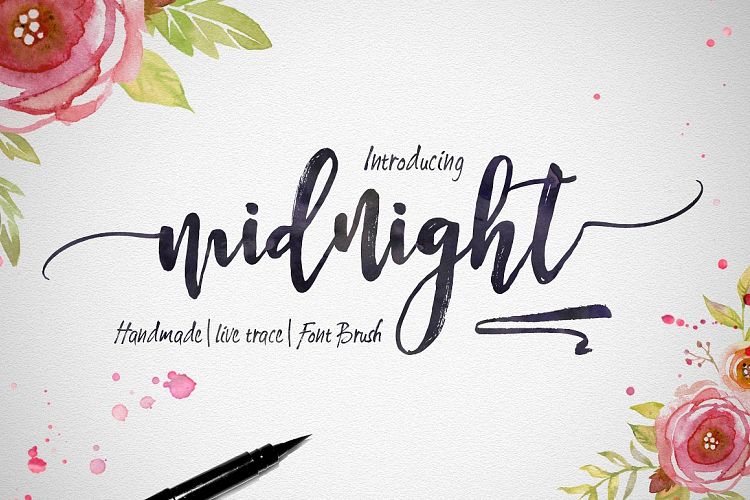