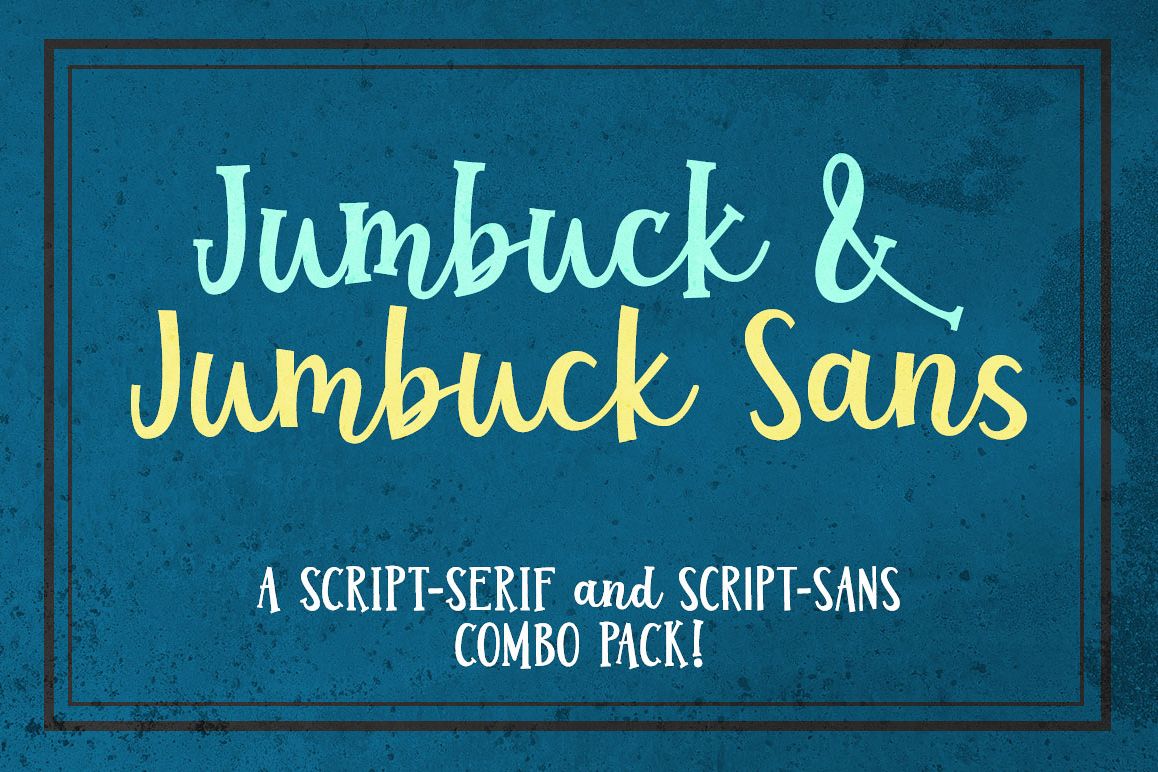 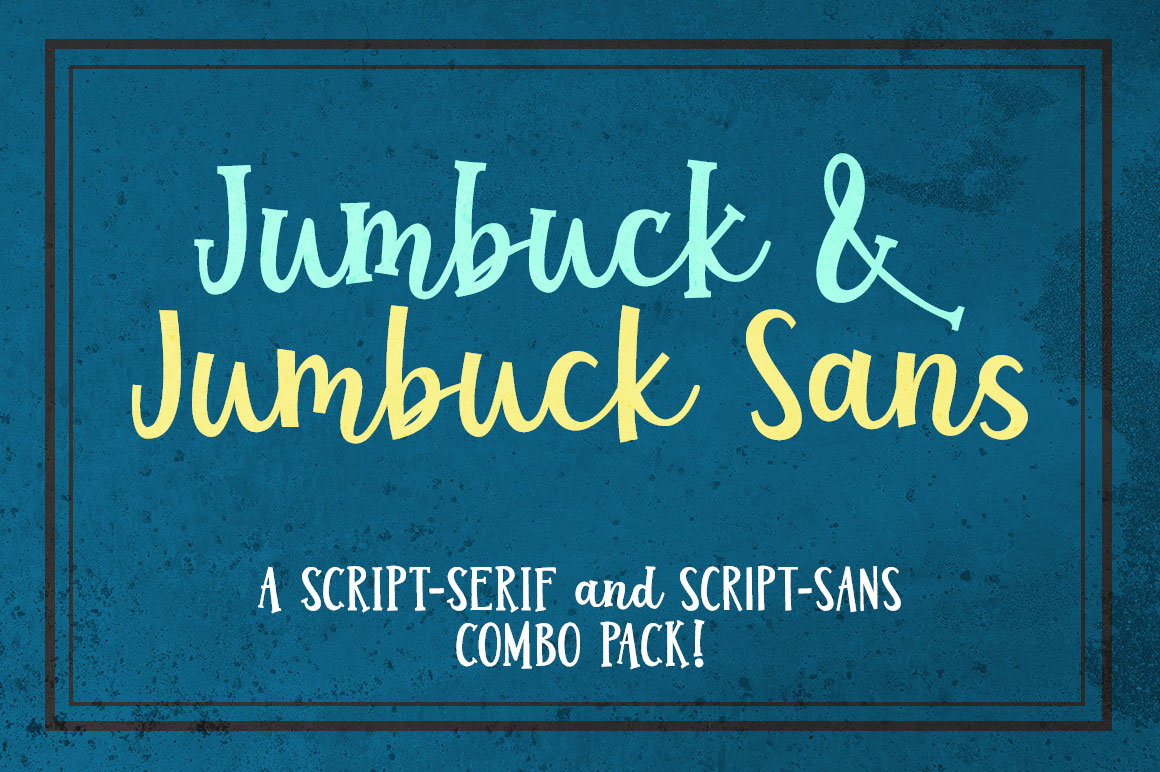 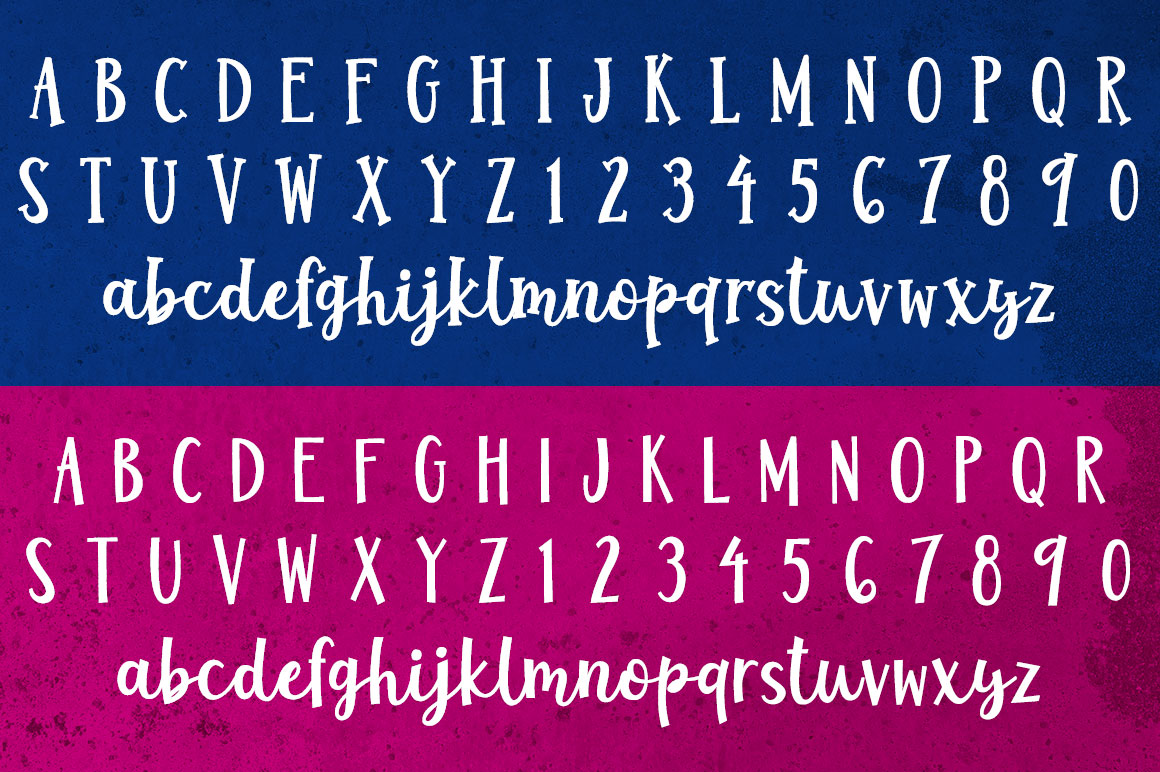 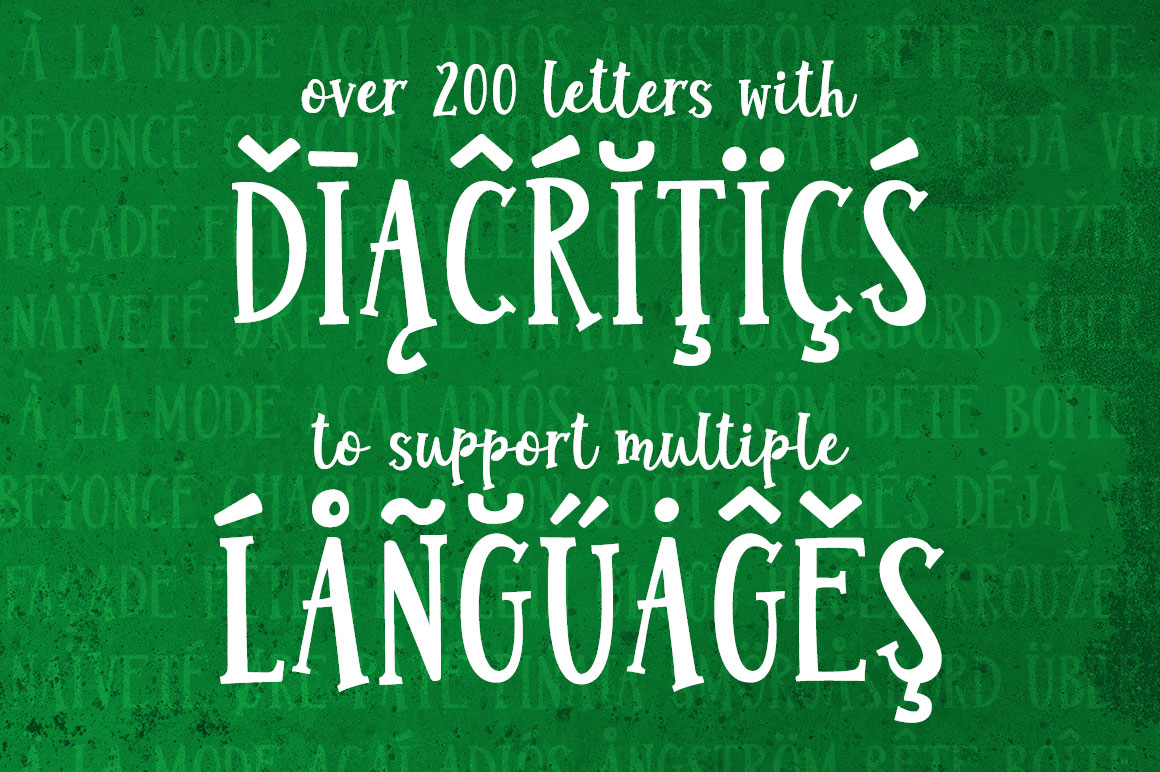 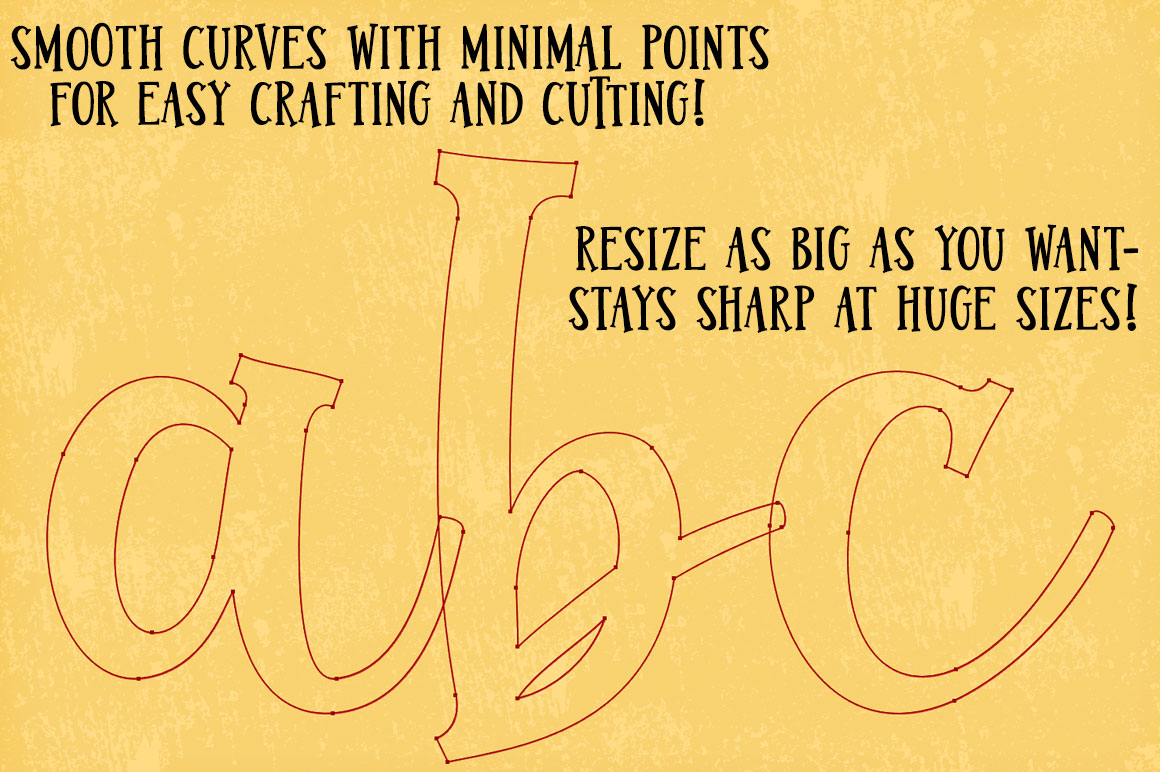 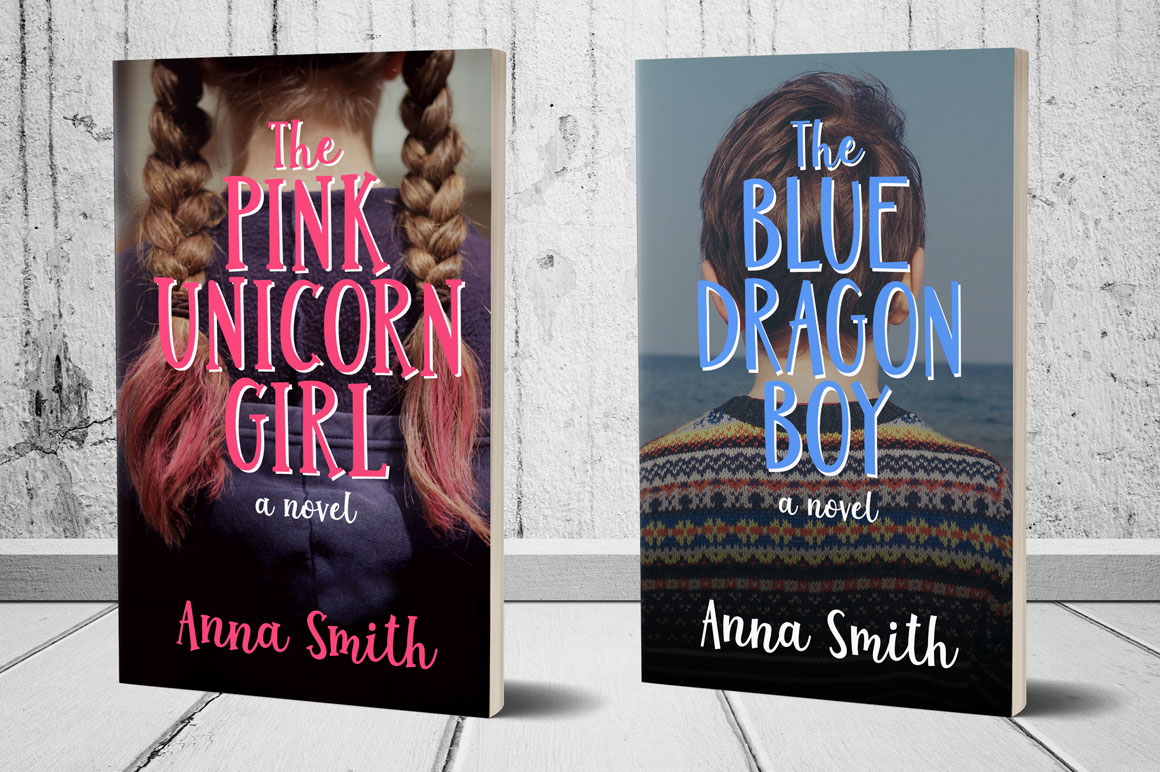 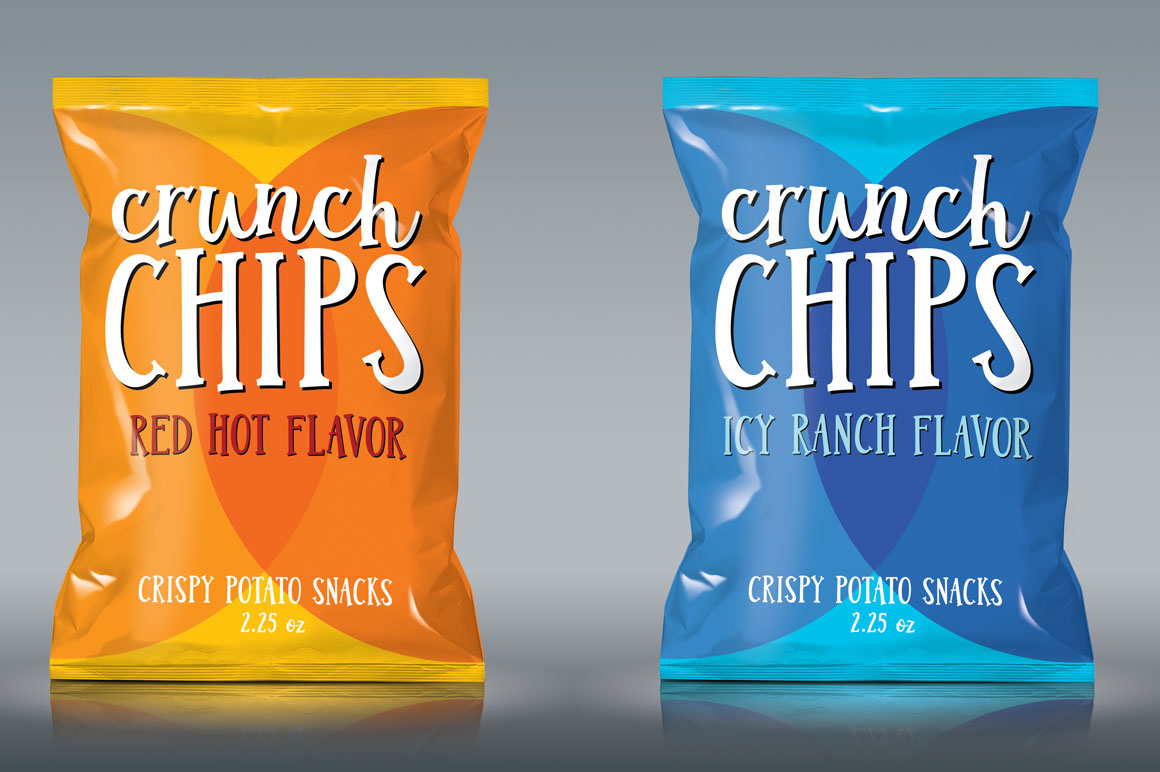 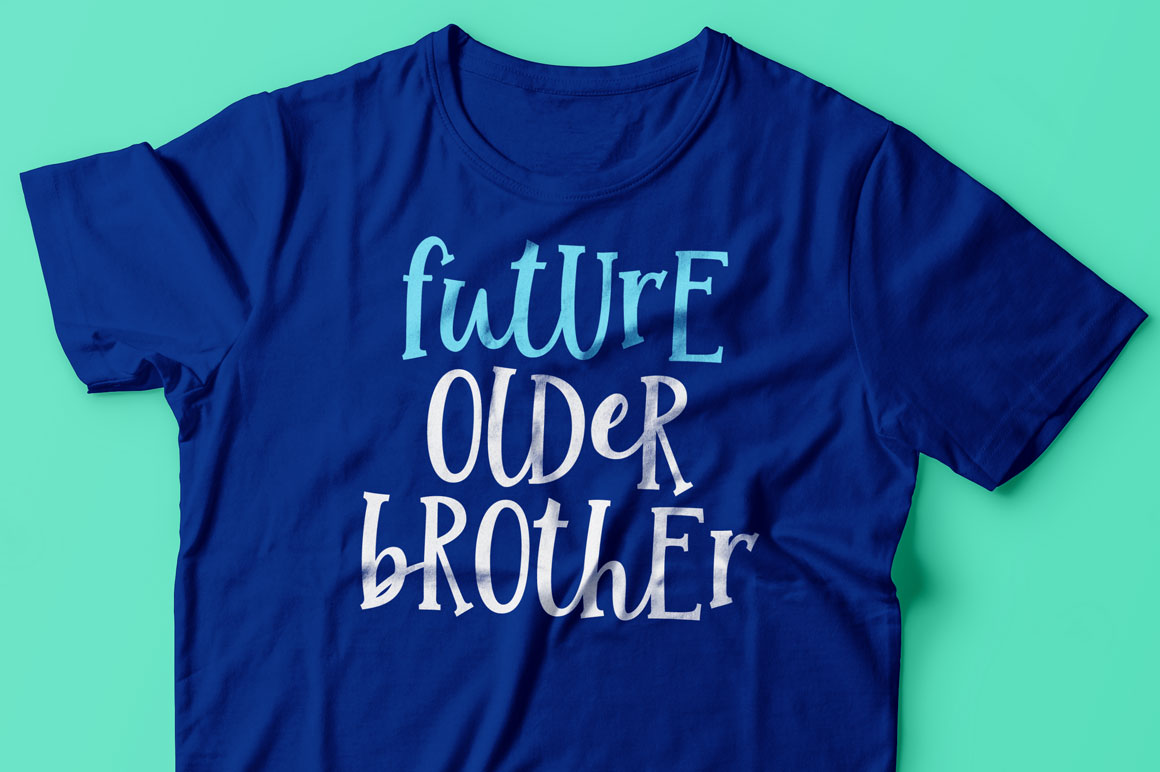 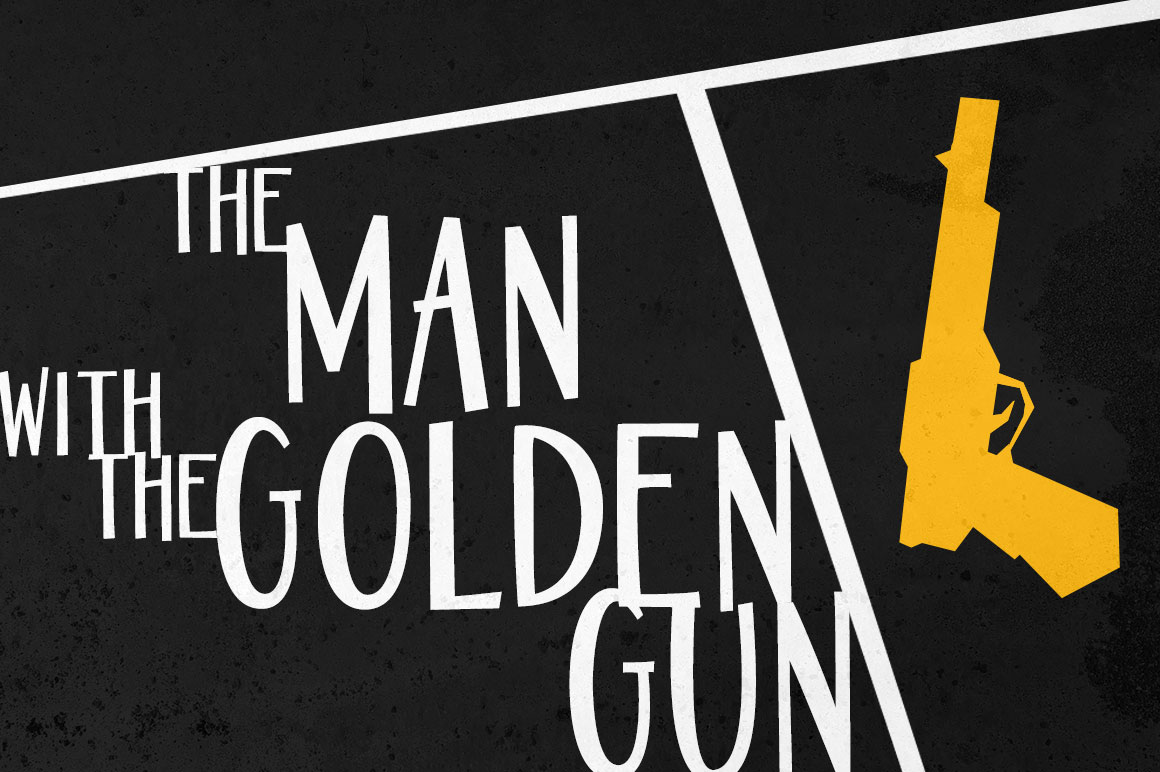 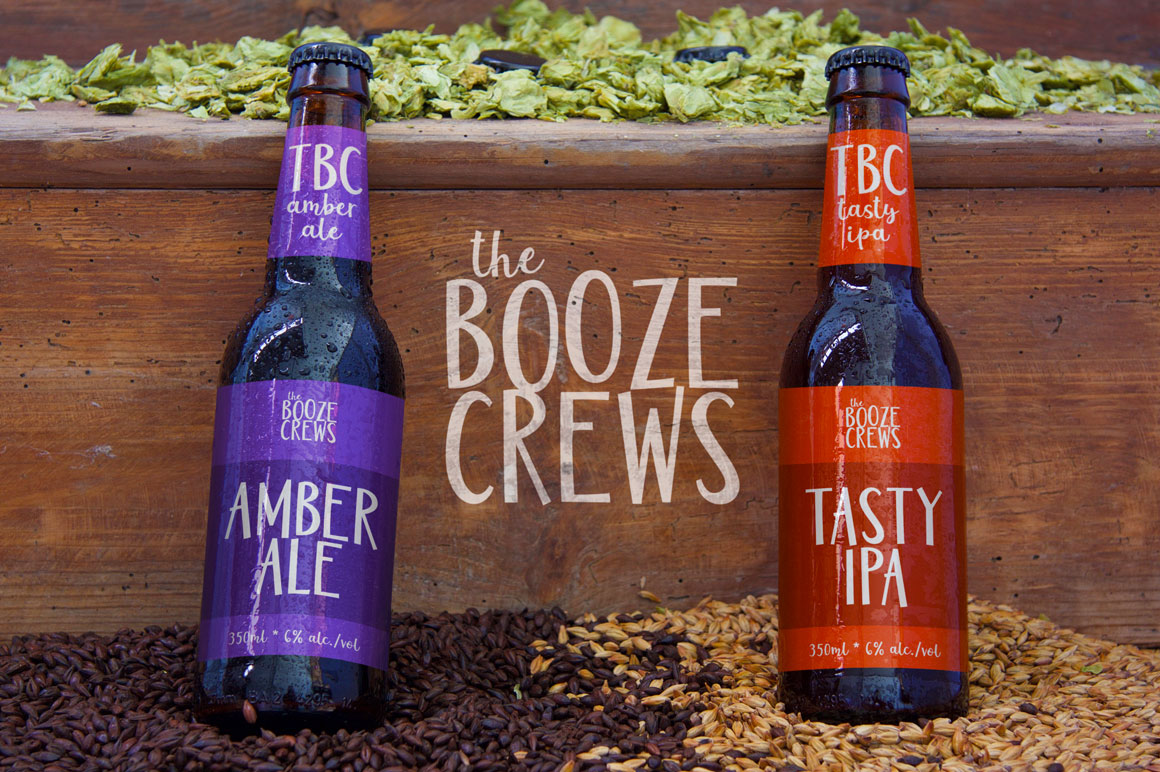 View Font Glyphs
Share this product
I've made script fonts, and I've made serif fonts, but for some reason I was inspired to combine the two into a serif script. (Is that even a category? If not, it is now.) The end result is Jumbuck! And I liked it so much, I created a second version without the serifs - a sans-script hybrid called Jumbuck Sans!
The Jumbuck fonts can be used for retro, modern, and hip products with ease! You can use the fonts any way you like: all-uppercase, all-lowercase, title case, or just jumble everything together!
As usual when it comes to my fonts, both Jumbucks come with over 200 accented characters to support most Latin-based languages. And as a bonus, I've also created 15 double-letter ligatures in both uppercase and lowercase, to add a little variety to your project!
Your Jumbuck Duo download includes:
- Jumbuck and Jumbuck Sans font files in both OTF and TTF formats
- Uppercase A-Z, lowercase a-z, numbers, and punctuation
- Over 200 accented characters for language support
- 15 uppercase double-letter ligatures
- 15 lowercase double-letter ligatures
- Fully PUA-encoded for full access to all characters 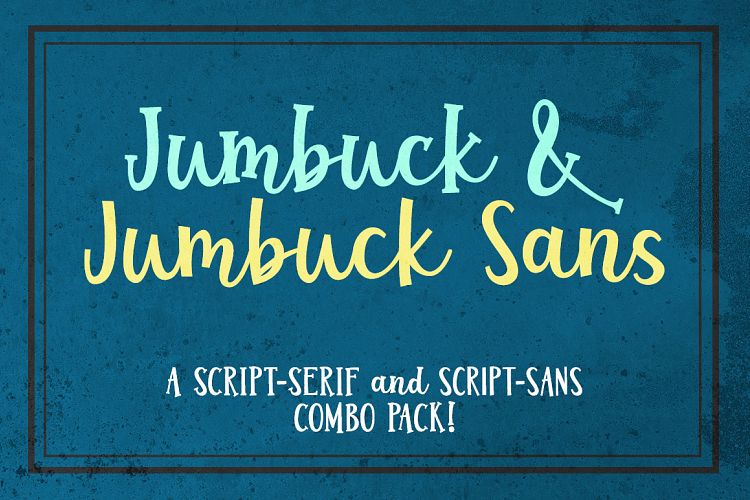