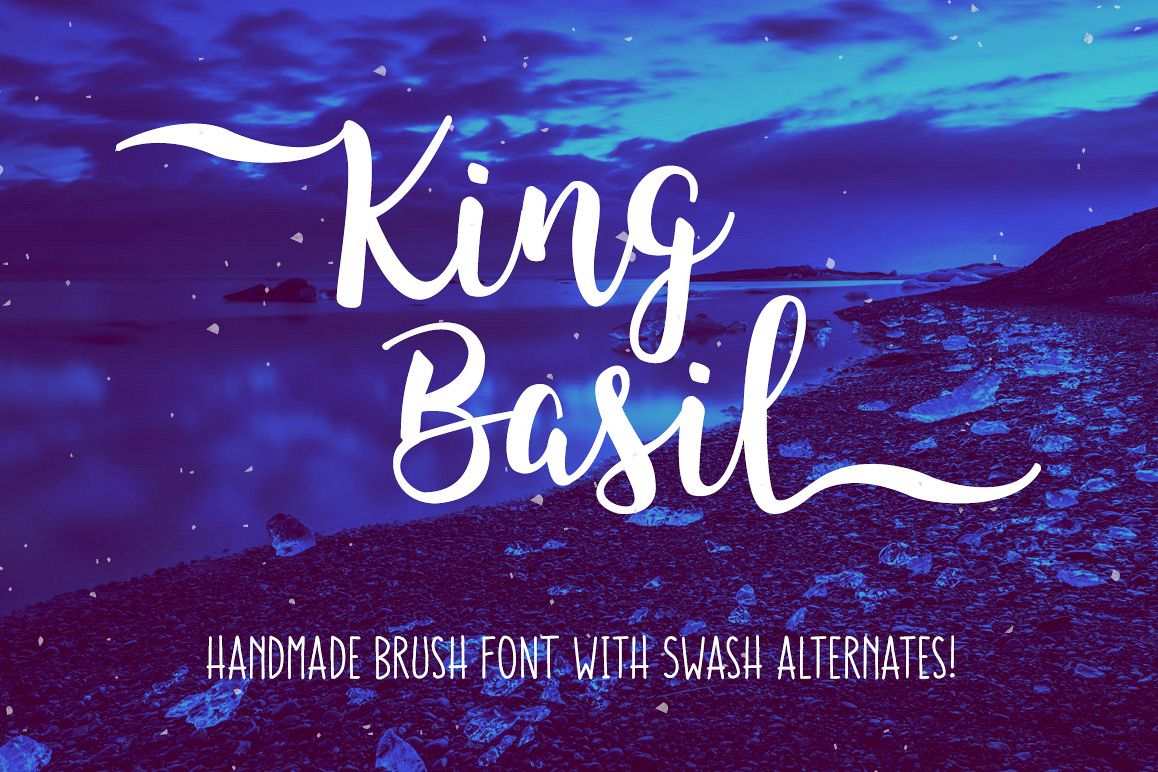 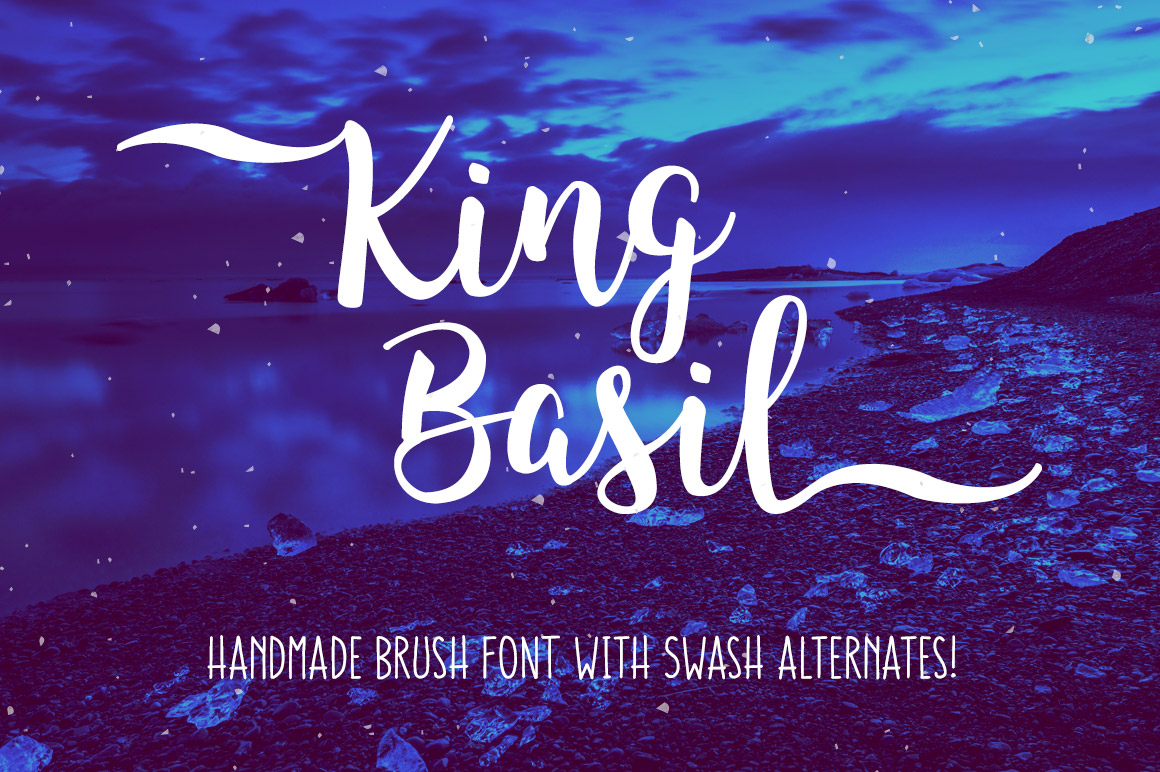 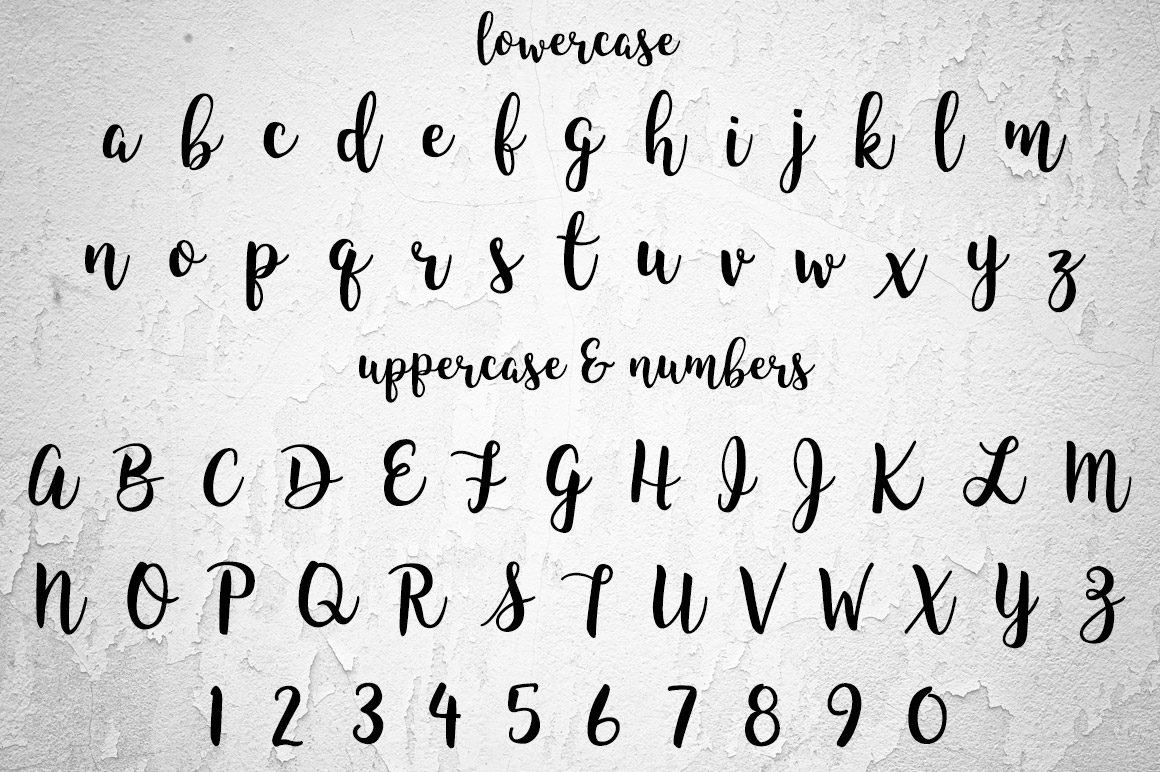 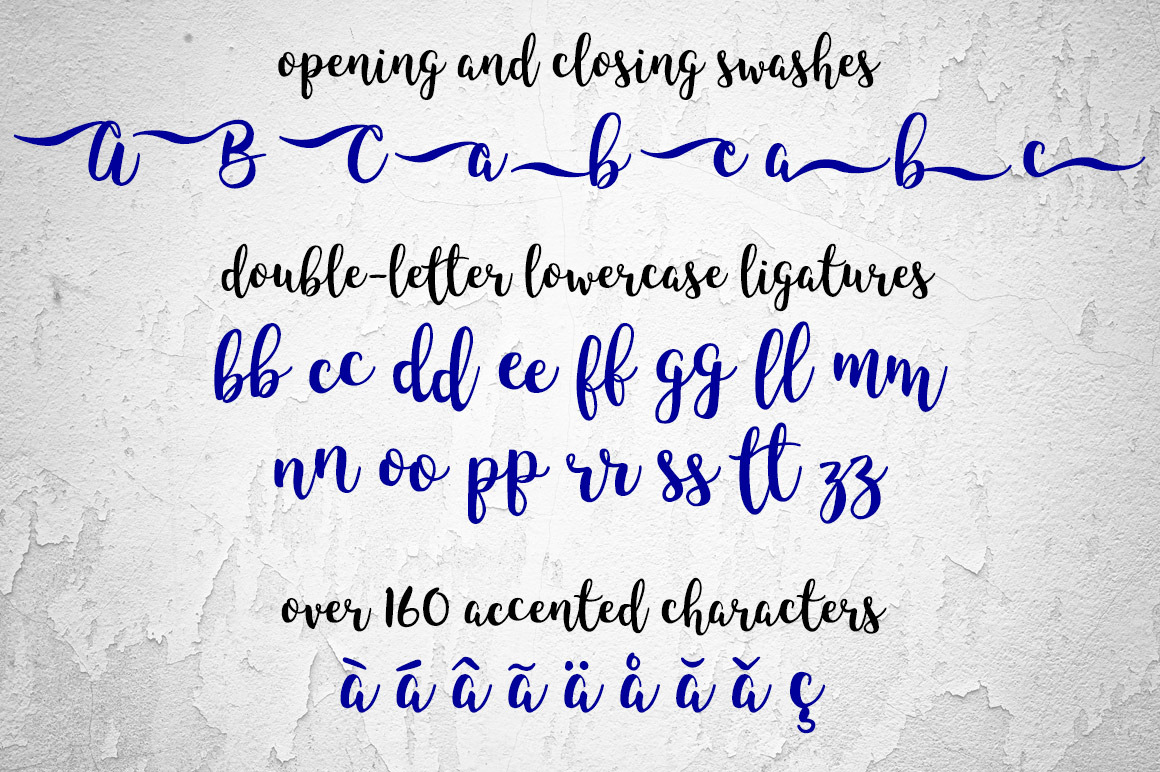 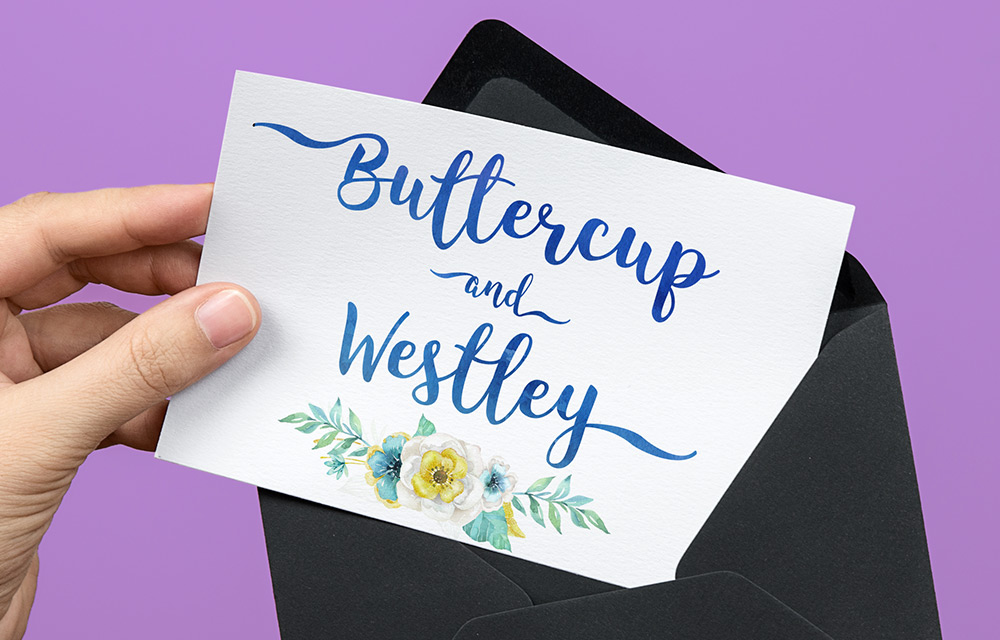 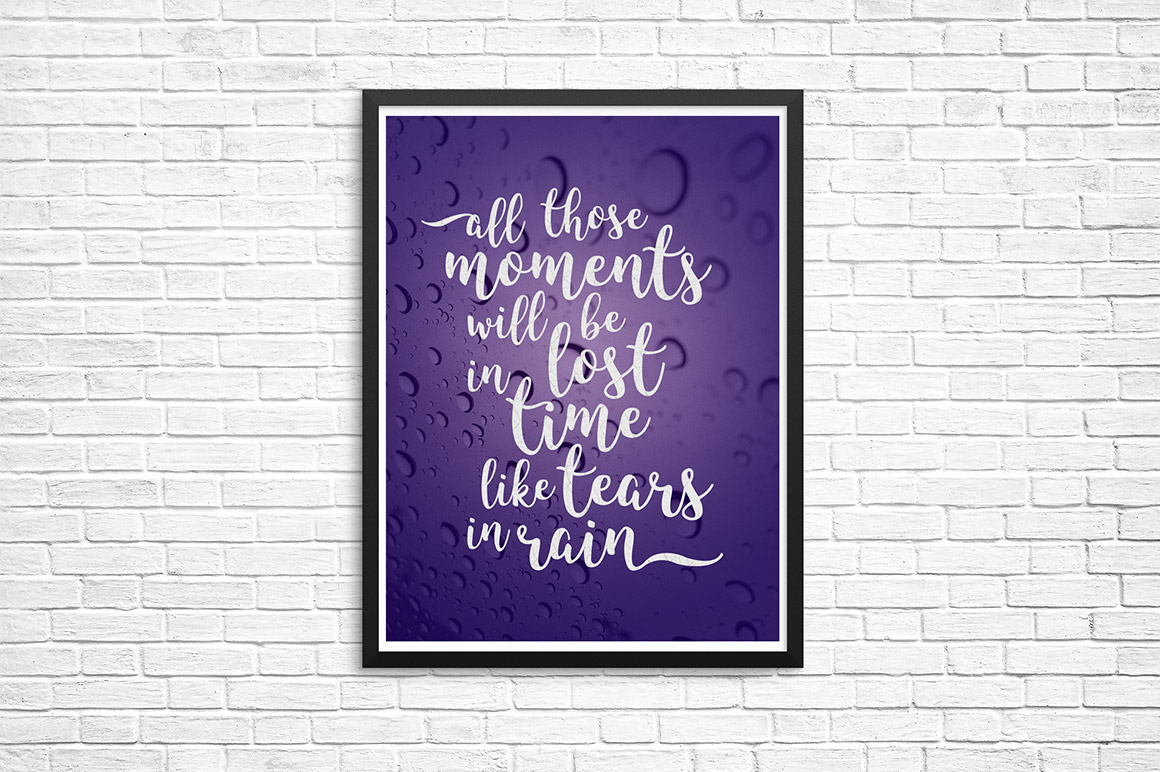 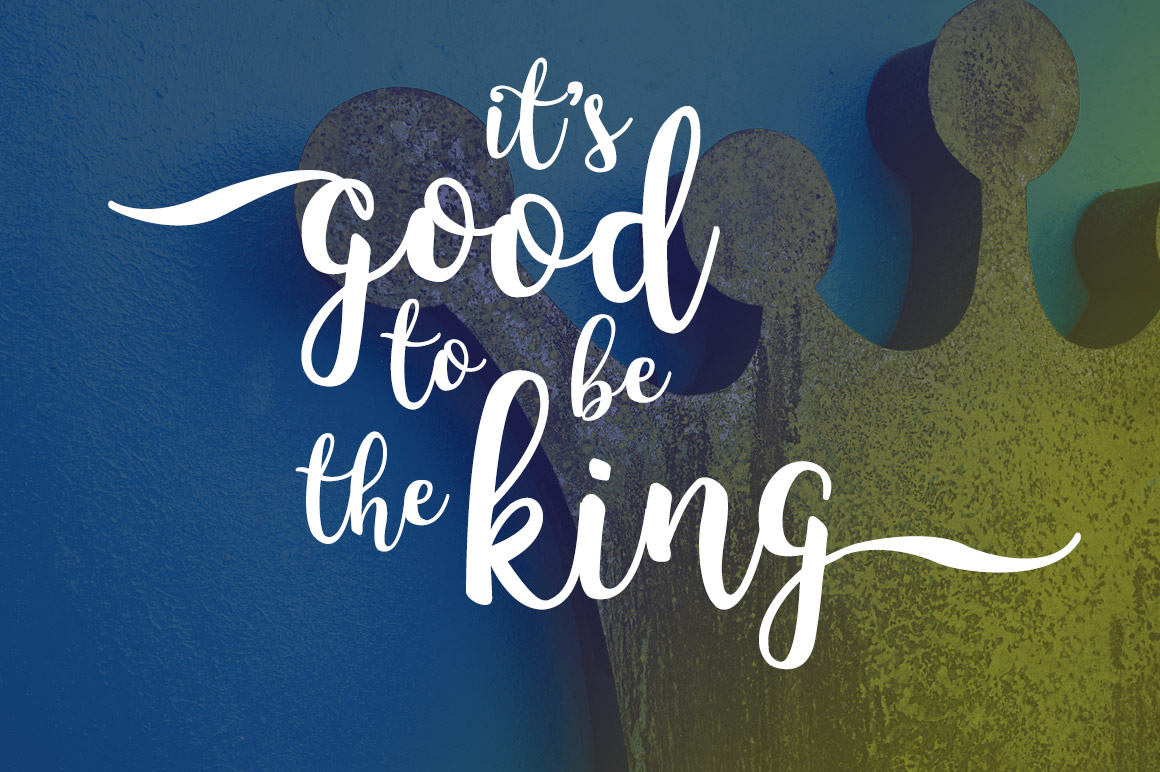 All characters were hand-drawn on paper (with a Tombow brush pen), then scanned and imported, then the vectors were cleaned up and smoothed.

UPDATE: The alternates have now all been broken out into their own files! See the included handy PDF guide for details!

* 15 double-letter ligatures (mapped as ligatures, and also included in a separate "King-Basil-Doubles" file)

** NOTE: this font is formerly known as "Spiffy McGee." Nothing has changed in it but the name.

**
Update, April 8, 2017: By popular demand, I've added in alternate versions of T and F. They can be found as Stylistic Alternates in the main King Basil file (if your software is OpenType friendly) or via Character Map/Font Book. There are also now alternates of T and F with the swashes in the King Basil Left file. (Same deal - OpenType accessible as Stylistic Alternates, or grab 'em from Character Map/Font Book.

The main file, King-Basil.otf, contains OpenType features (alternate characters, extras, and/or ligatures). In order to use these alternates with just the one file, you need to install the OTF version of the font, and your software needs to be able to access OpenType features.

If your software isn't friendly to OpenType features, or you need to use the TTF versions, fear not! The alternate alphabets have been separated out into additional font files. By using these Left, Right, and Doubles files, you can access all of the swash characters and double-letter ligatures with any software. See the included PDF helpful hints guide for details! 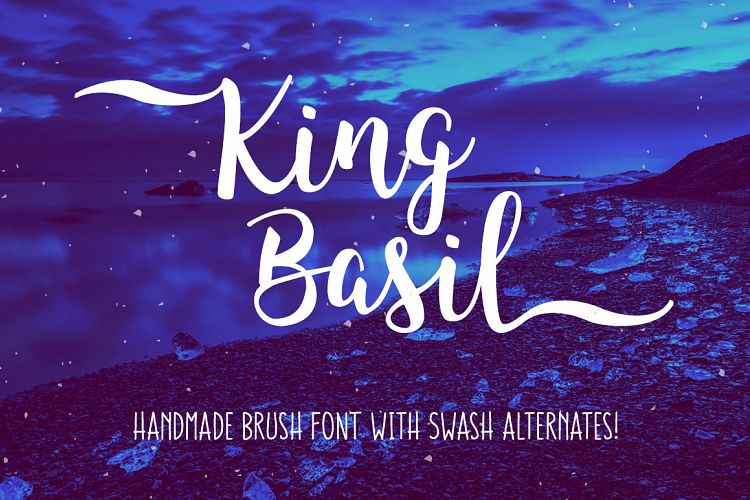