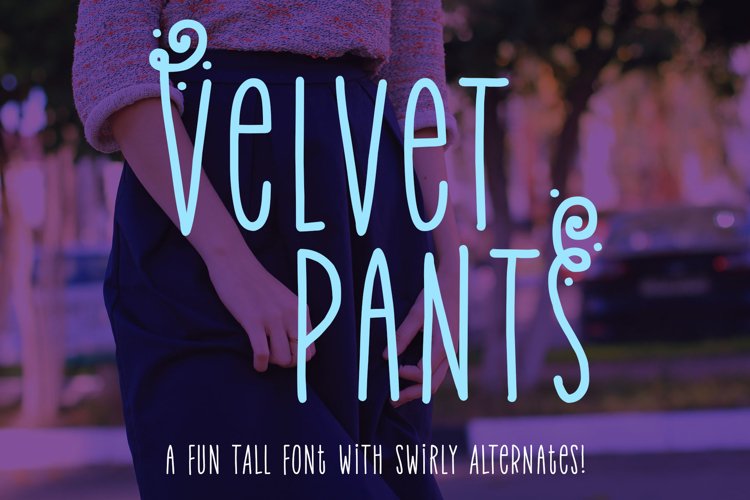 Tall. Narrow. Spaced wide. Sounds like a pair of fashionable trousers to me! Named after a song by the band Propellerheads, this font is fun for crafts, print, branding, and more!

Not only are there standard letters, but the font also contains alternates for all uppercase letters with fun swirls on top of them. Use them for emphasis, or for an entire word!

Velvet Pants also includes the Latin-1 Supplement character set, which includes diacritics used in English, Catalan, French, Gaelic, German, Icelandic, Irish, Italian, Norwegian, Portuguese, Spanish, and Swedish. And all characters are fully PUA-encoded / Unicode compliant, so they can be displayed with any program.