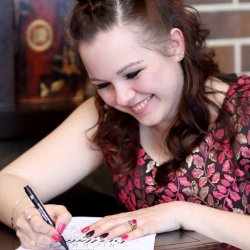 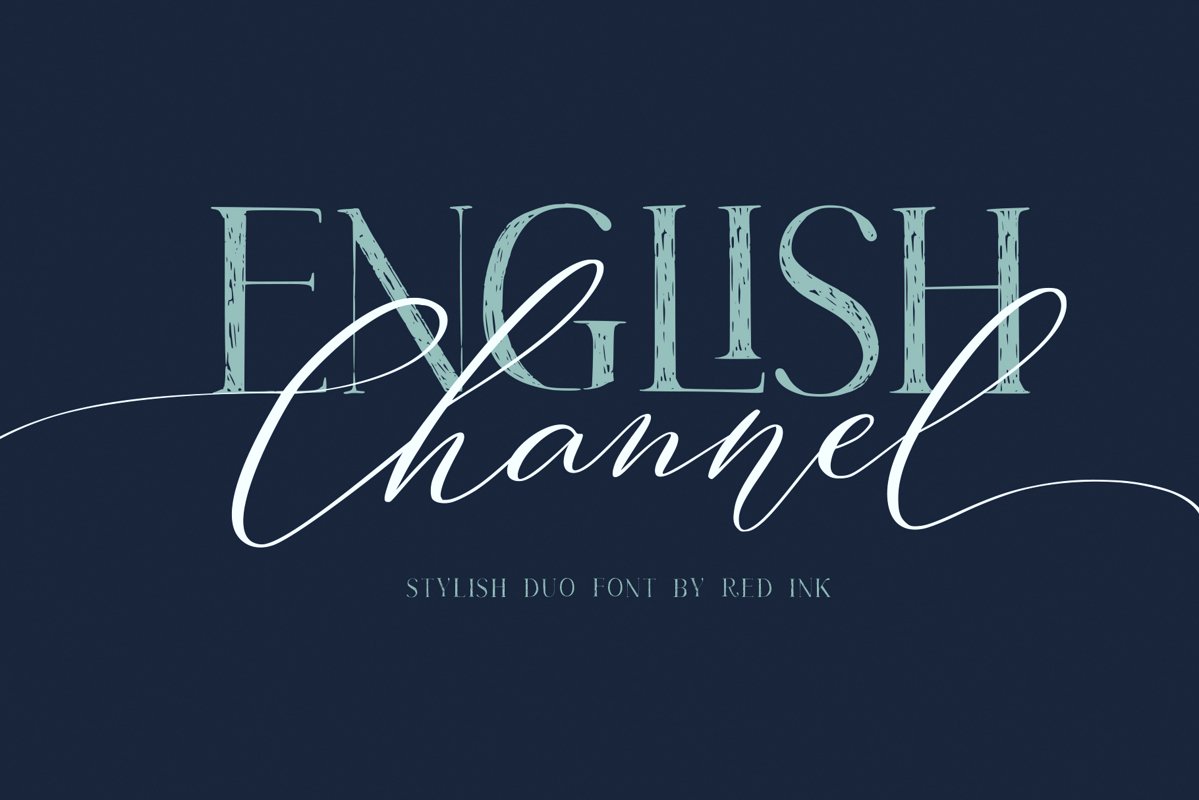 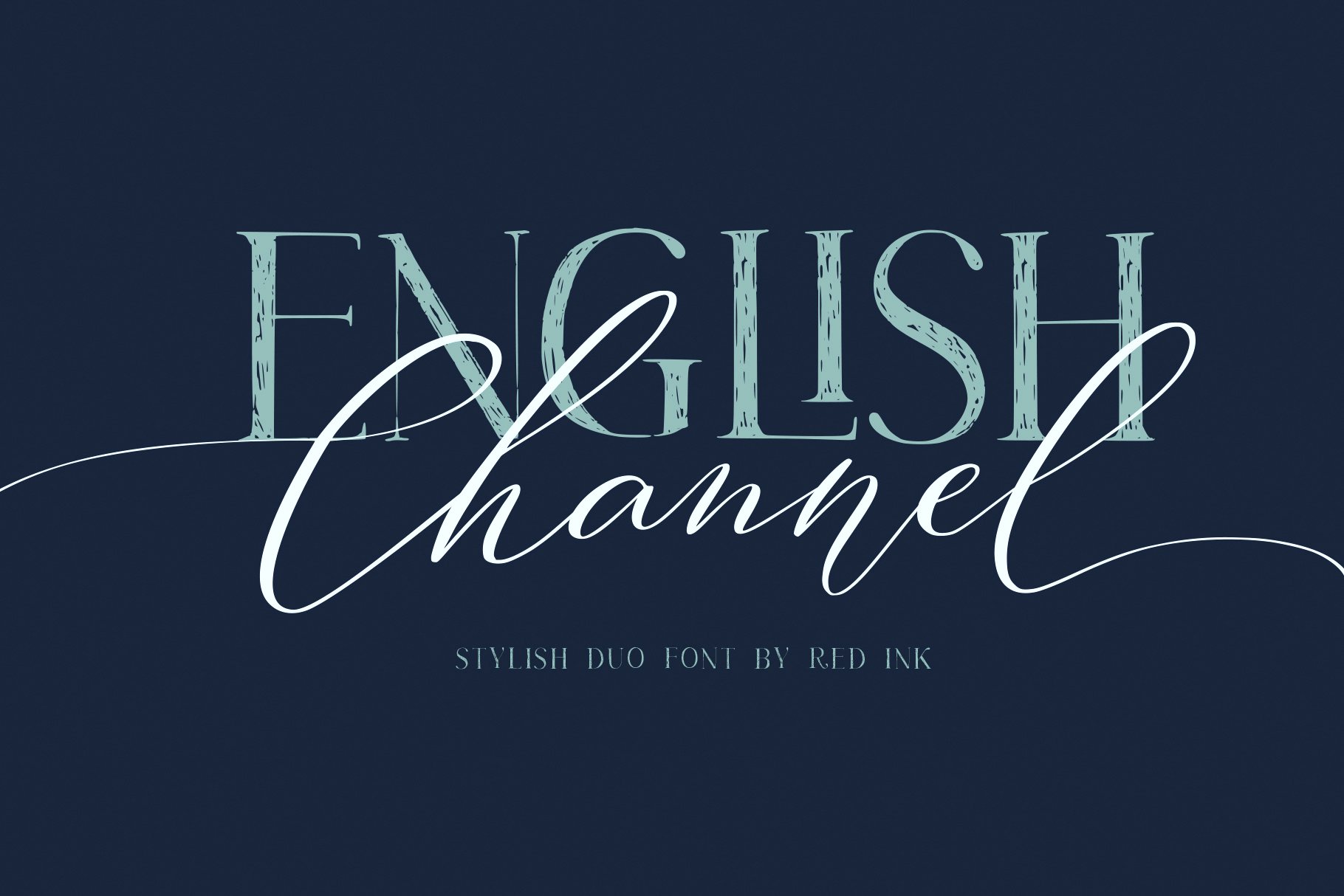 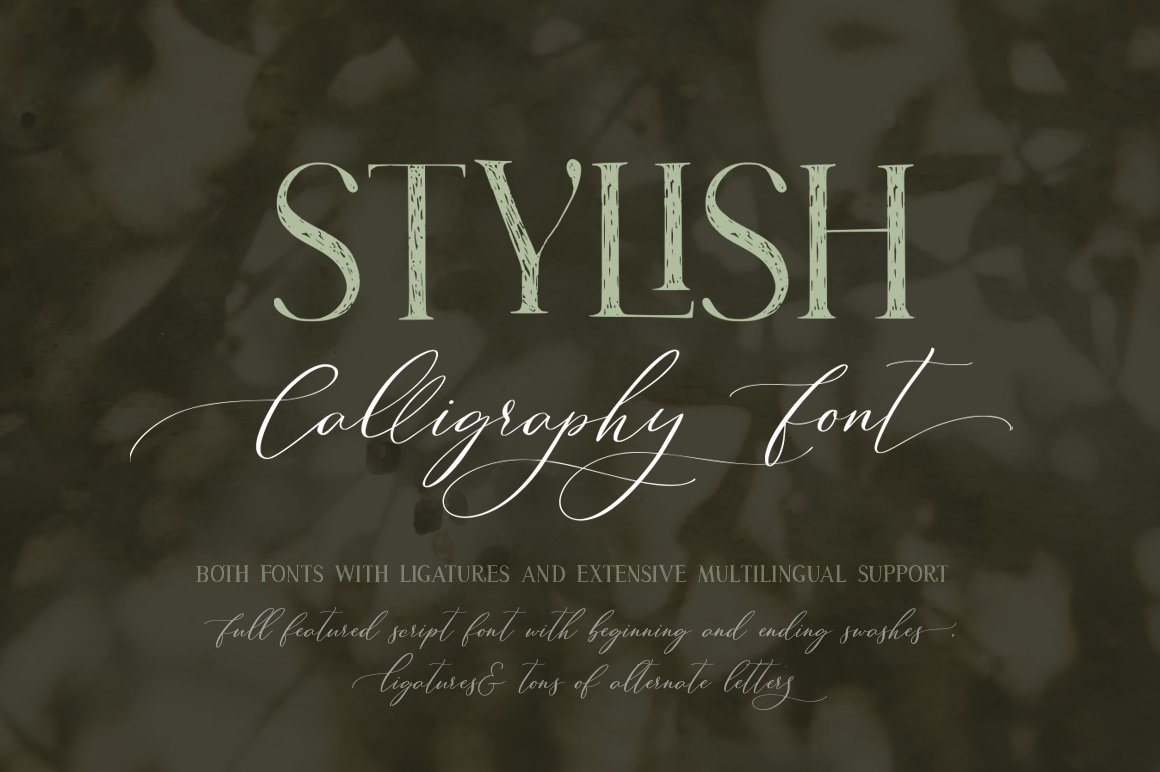 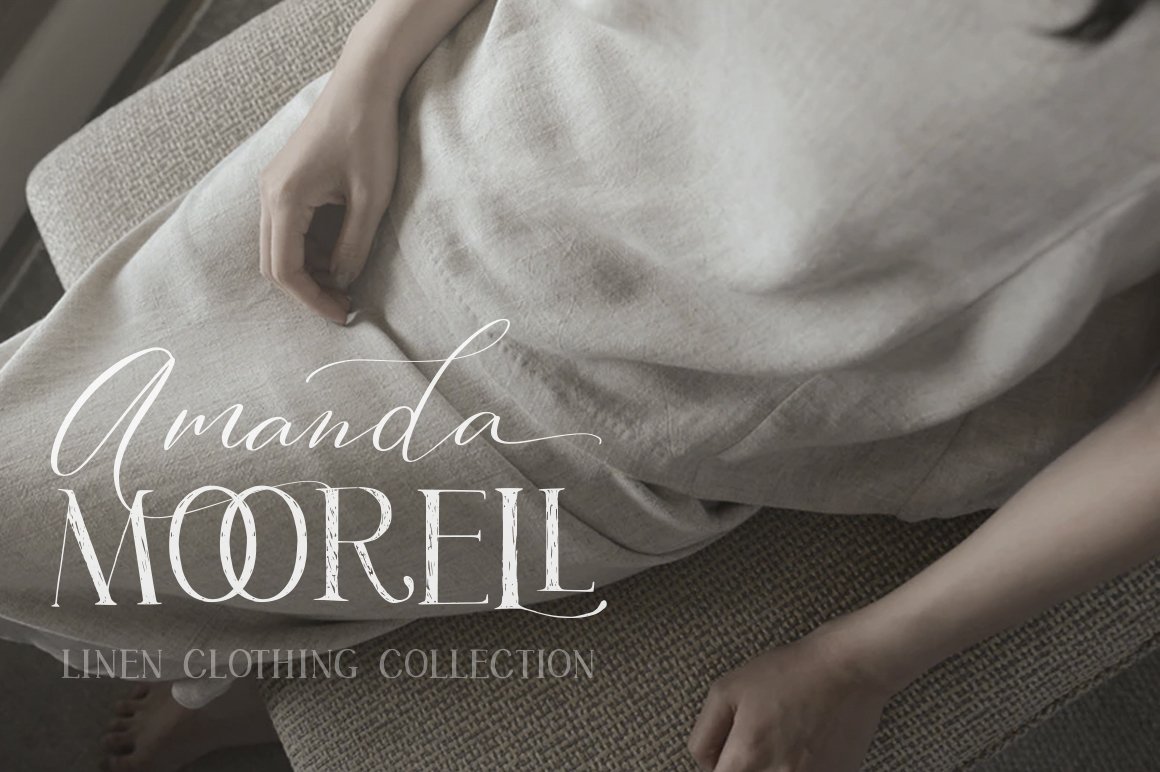 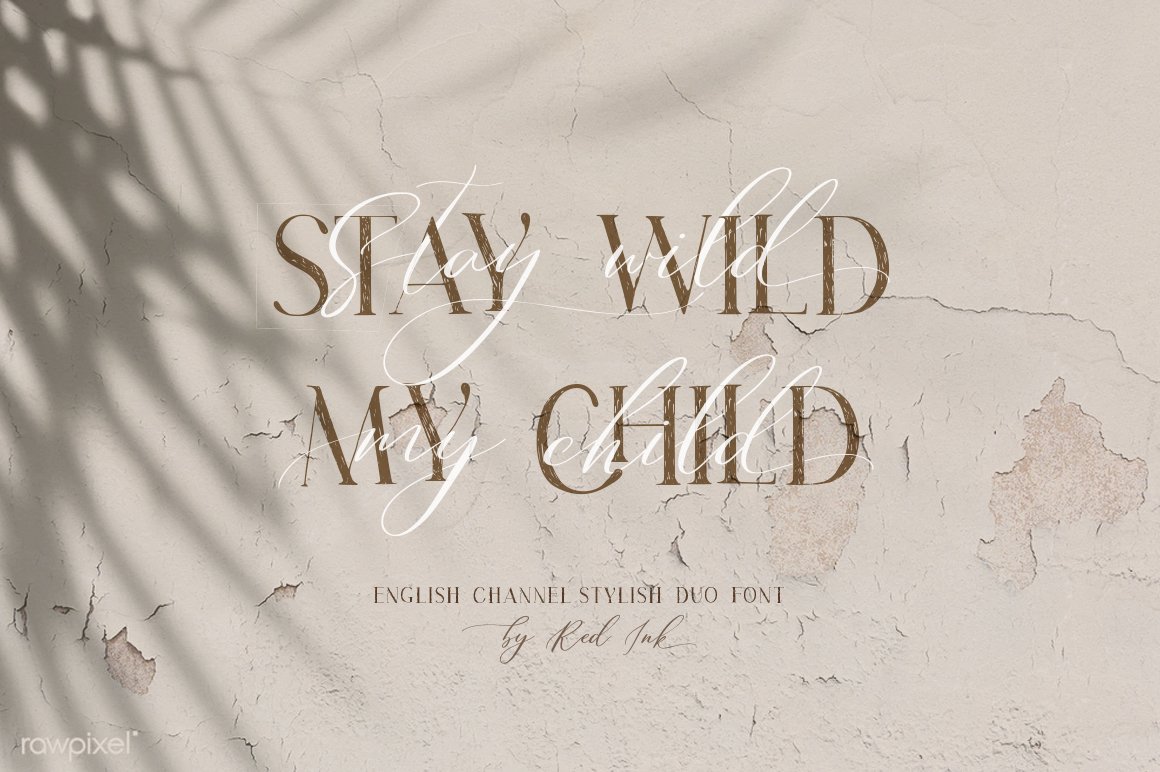 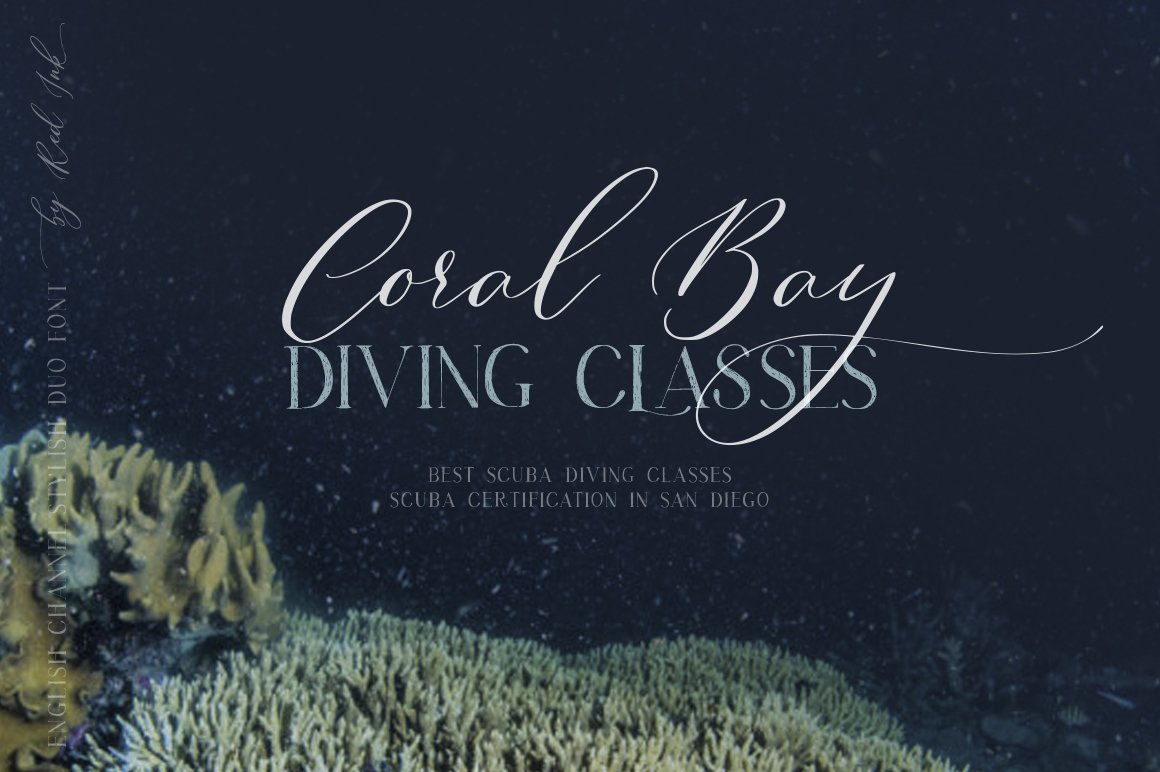 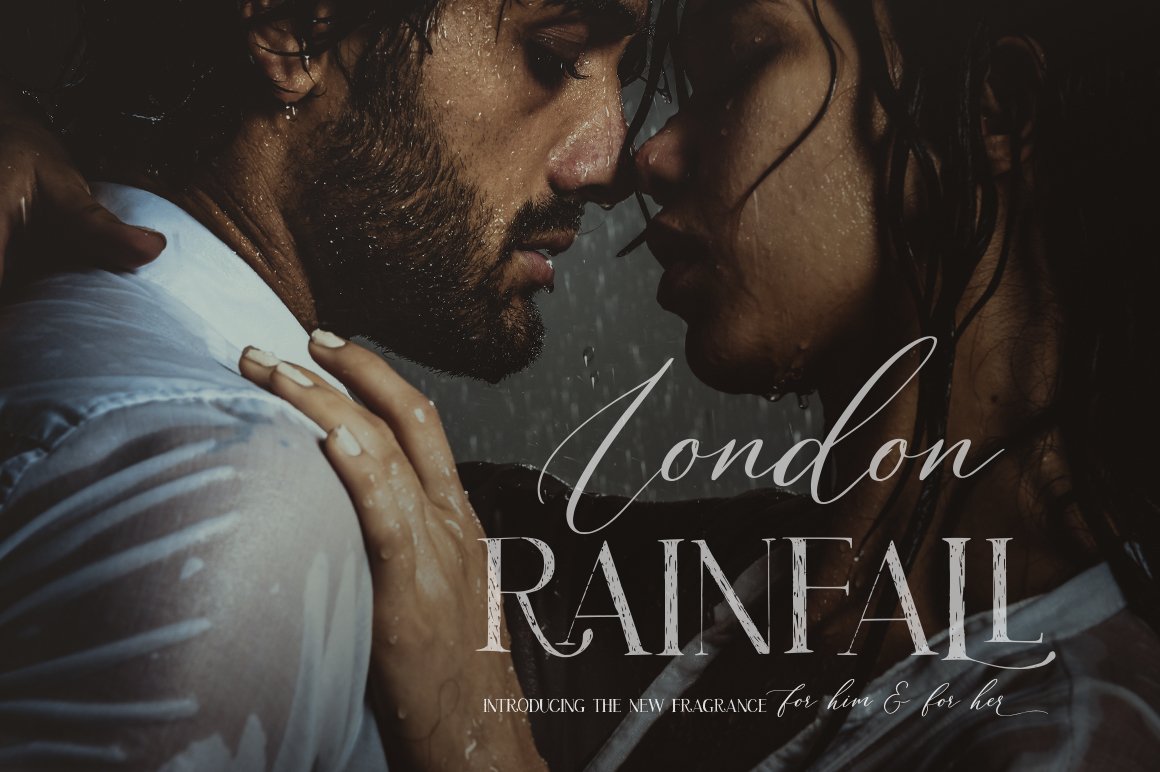 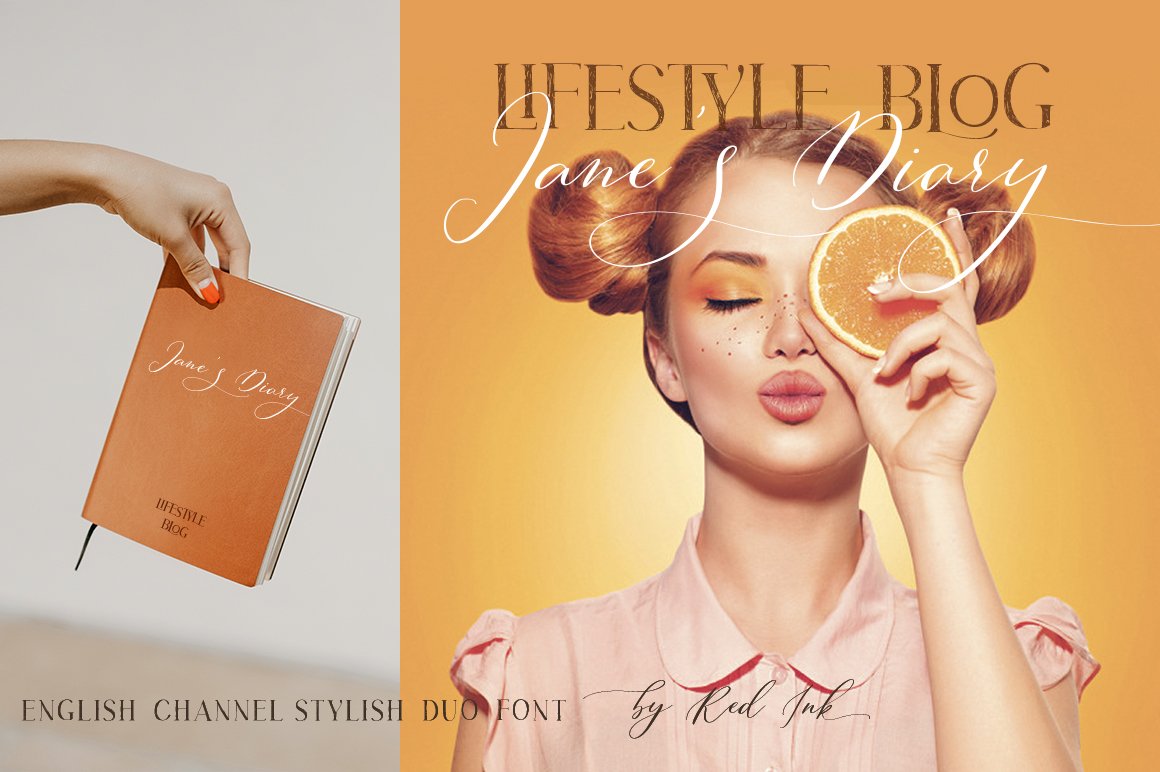 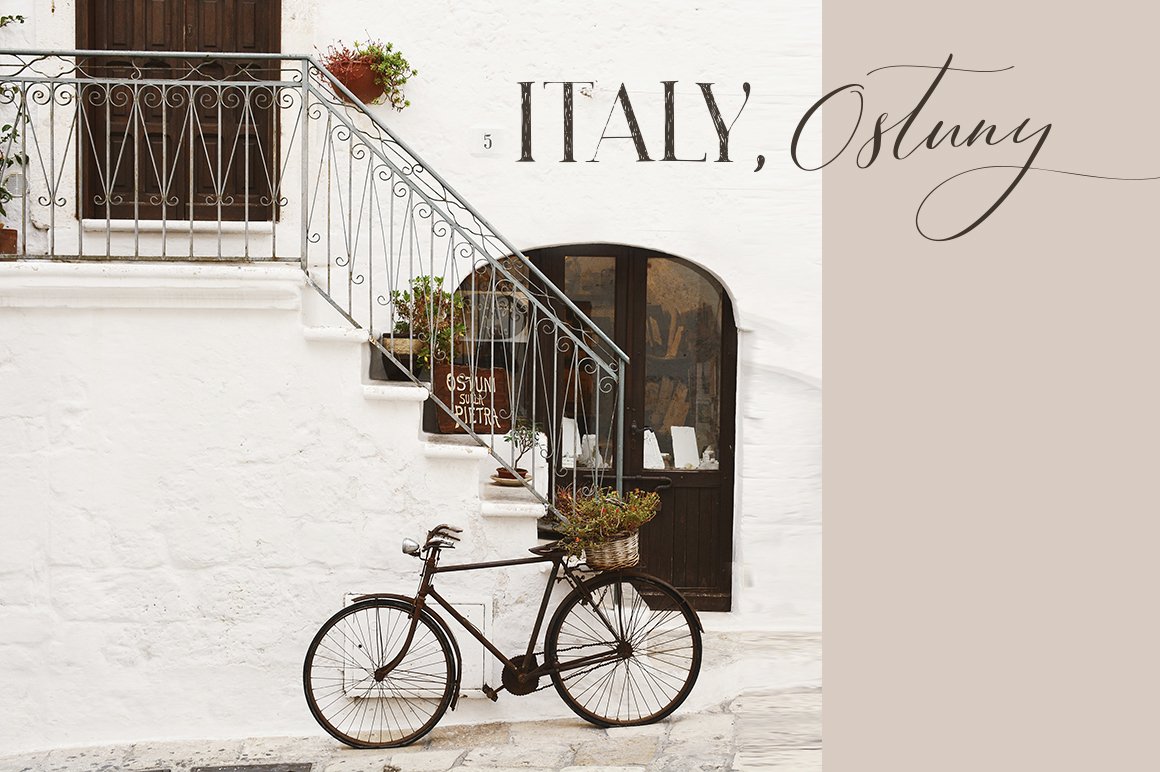 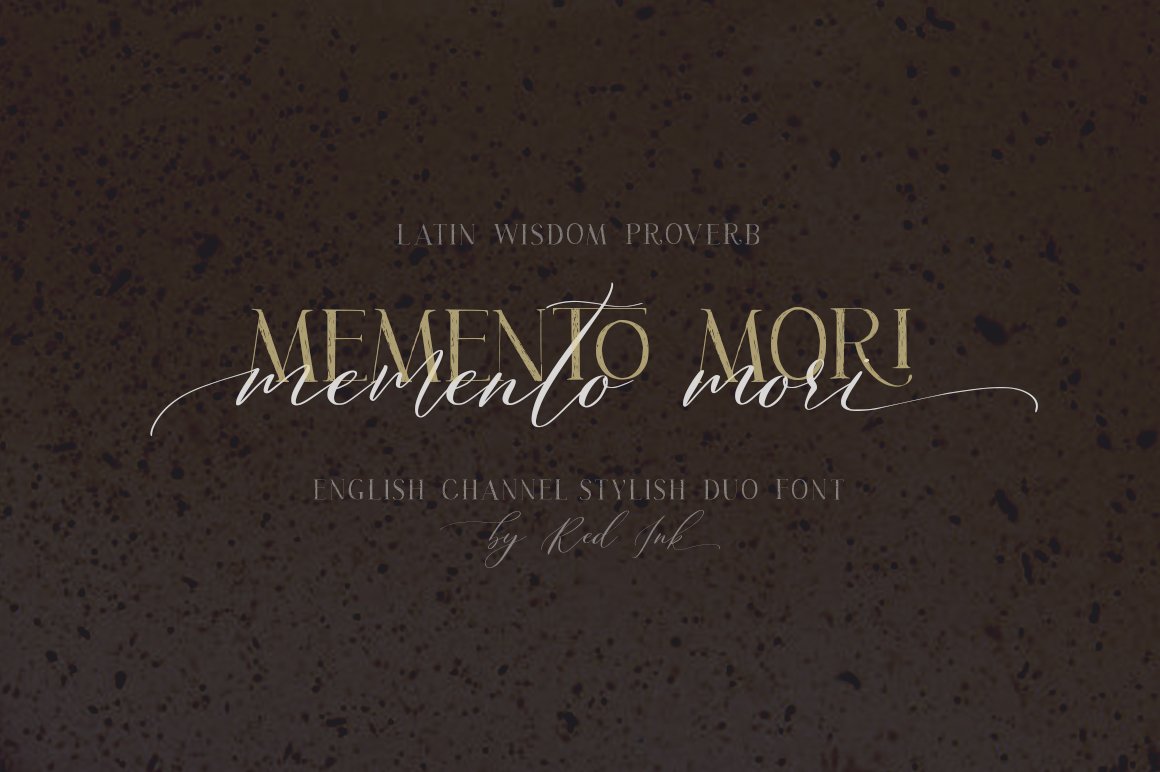 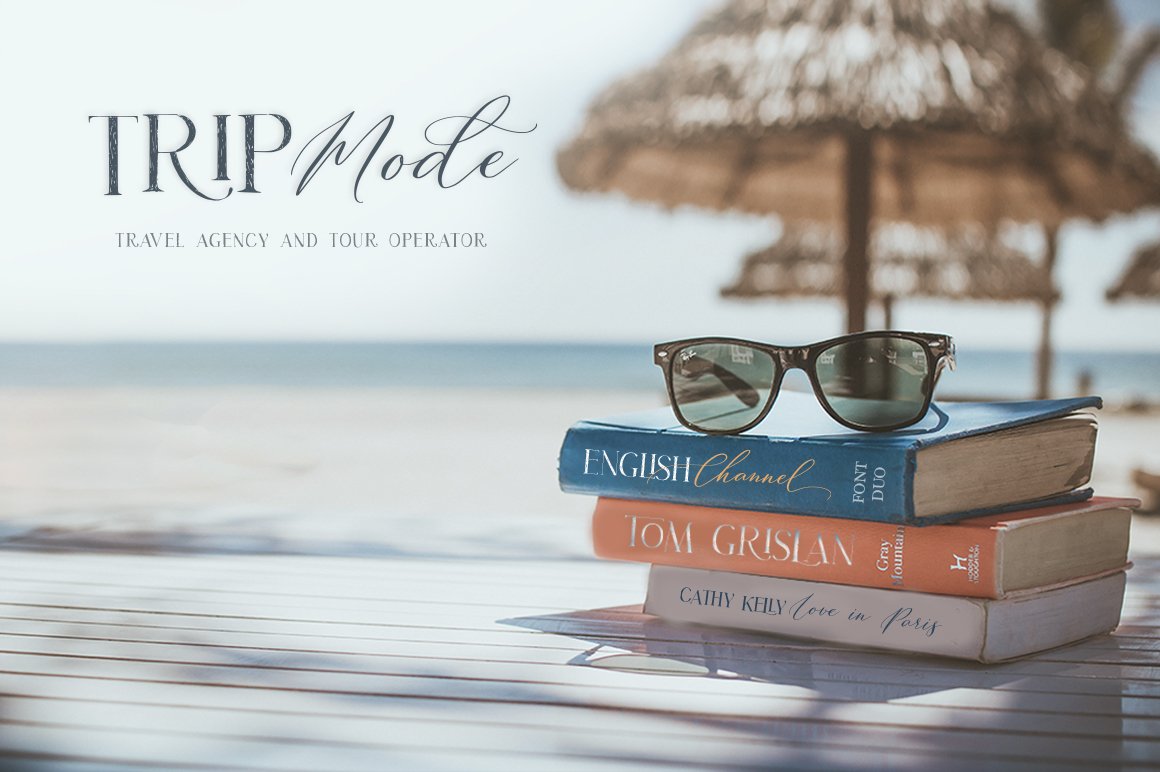 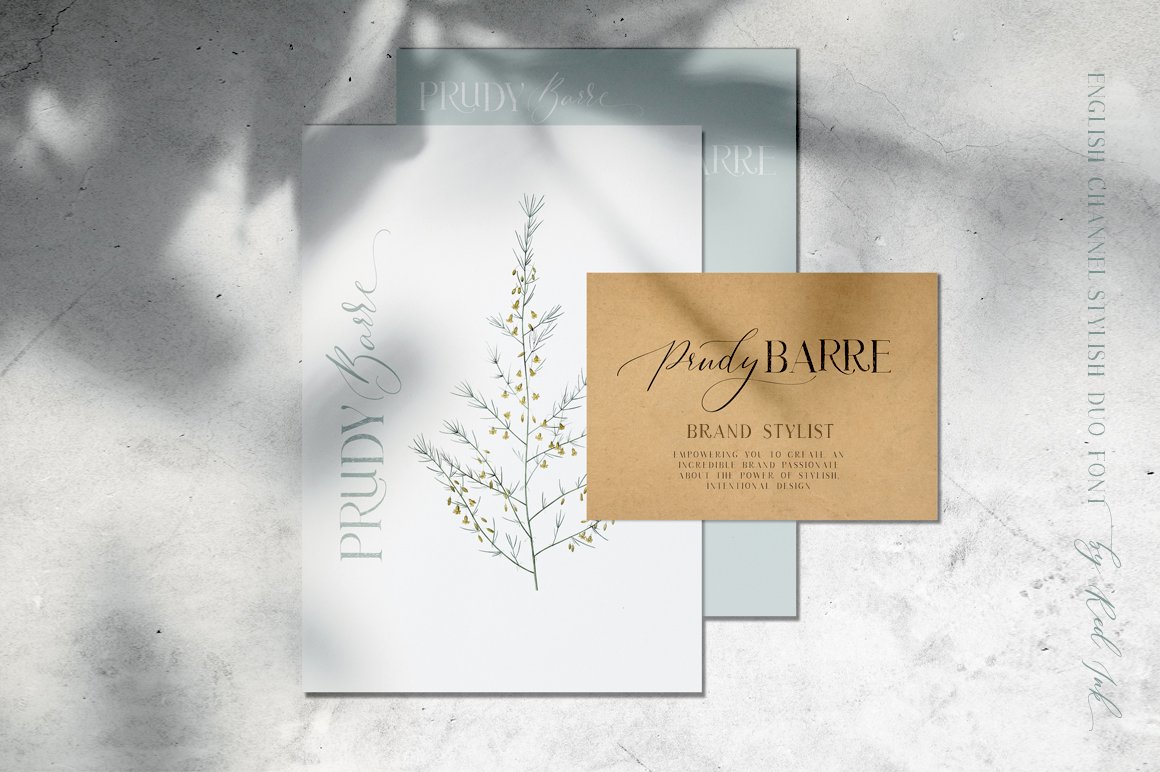 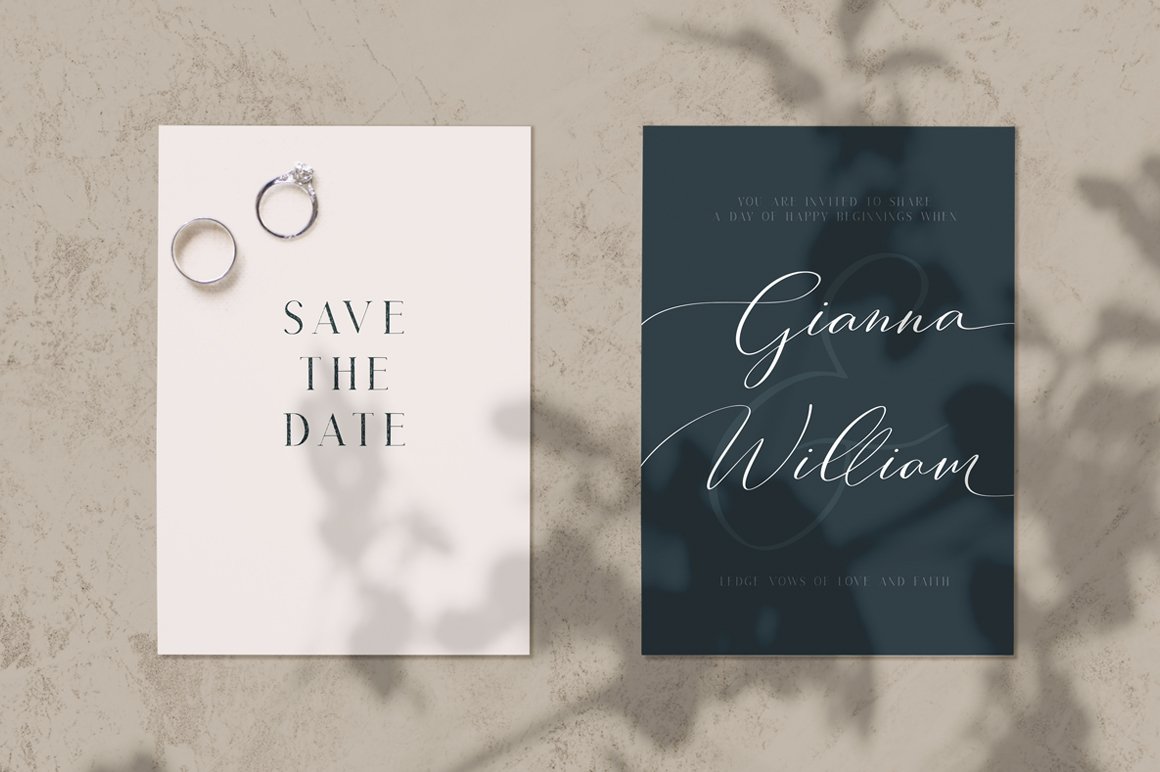 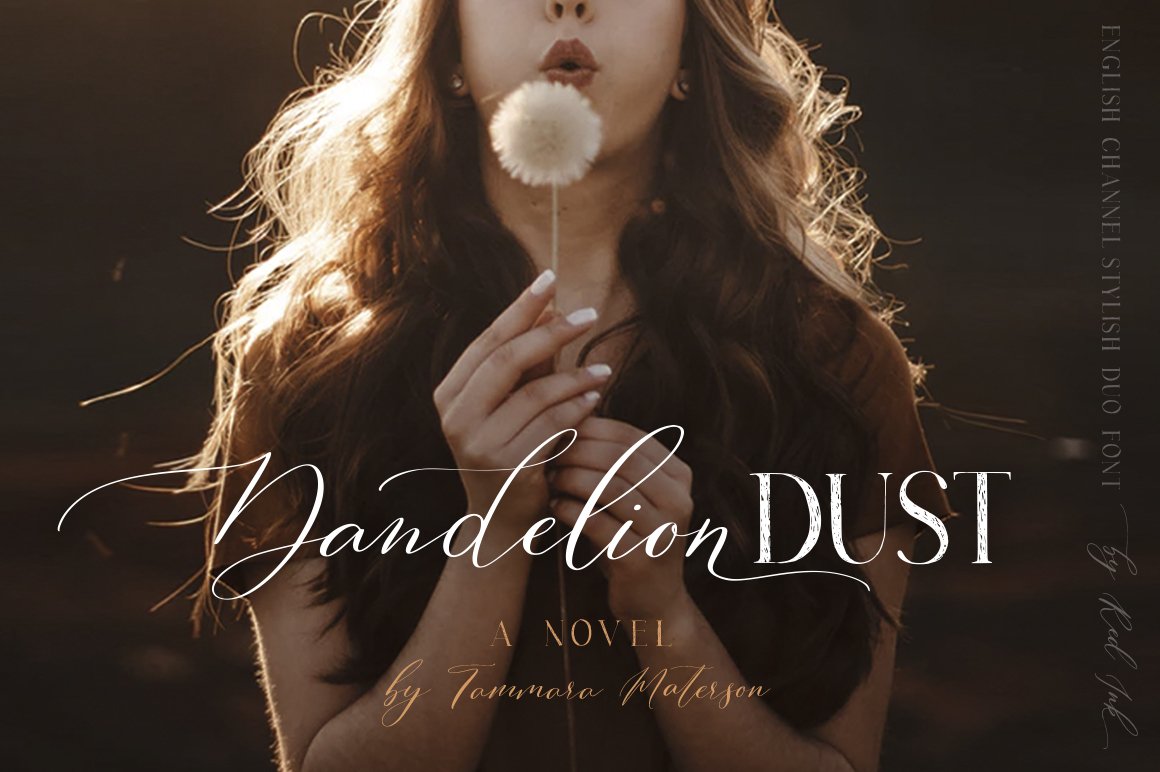 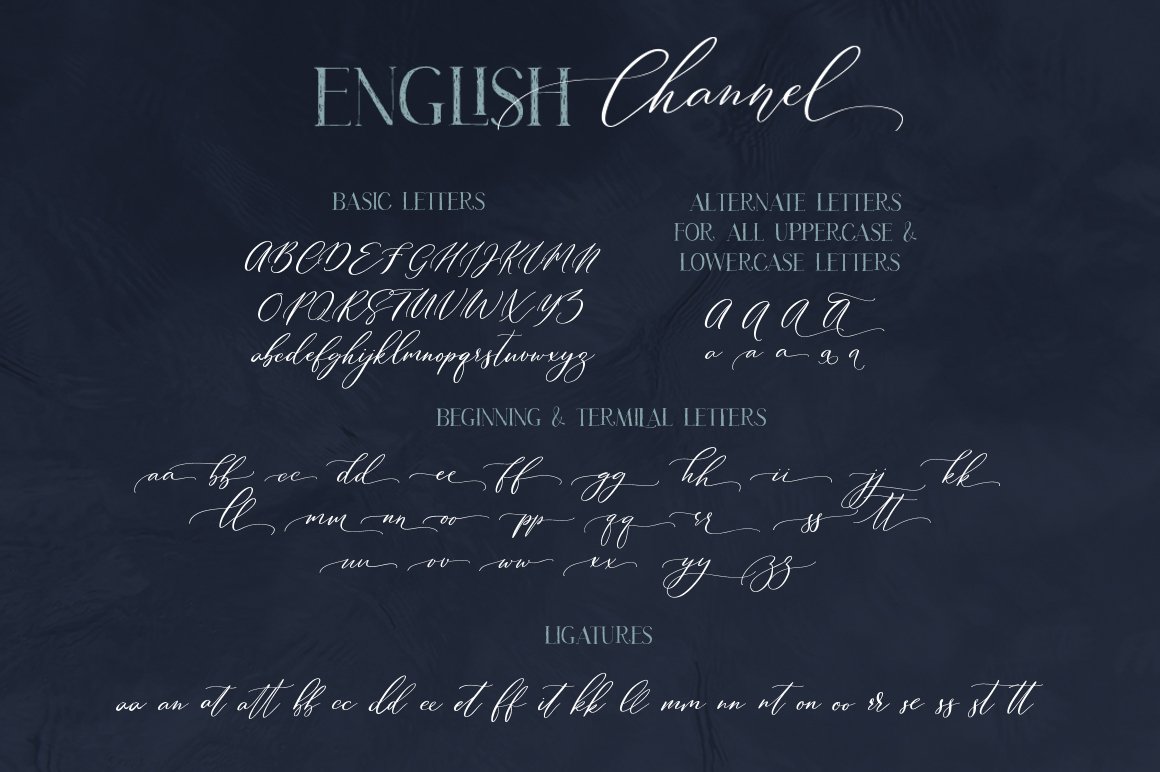 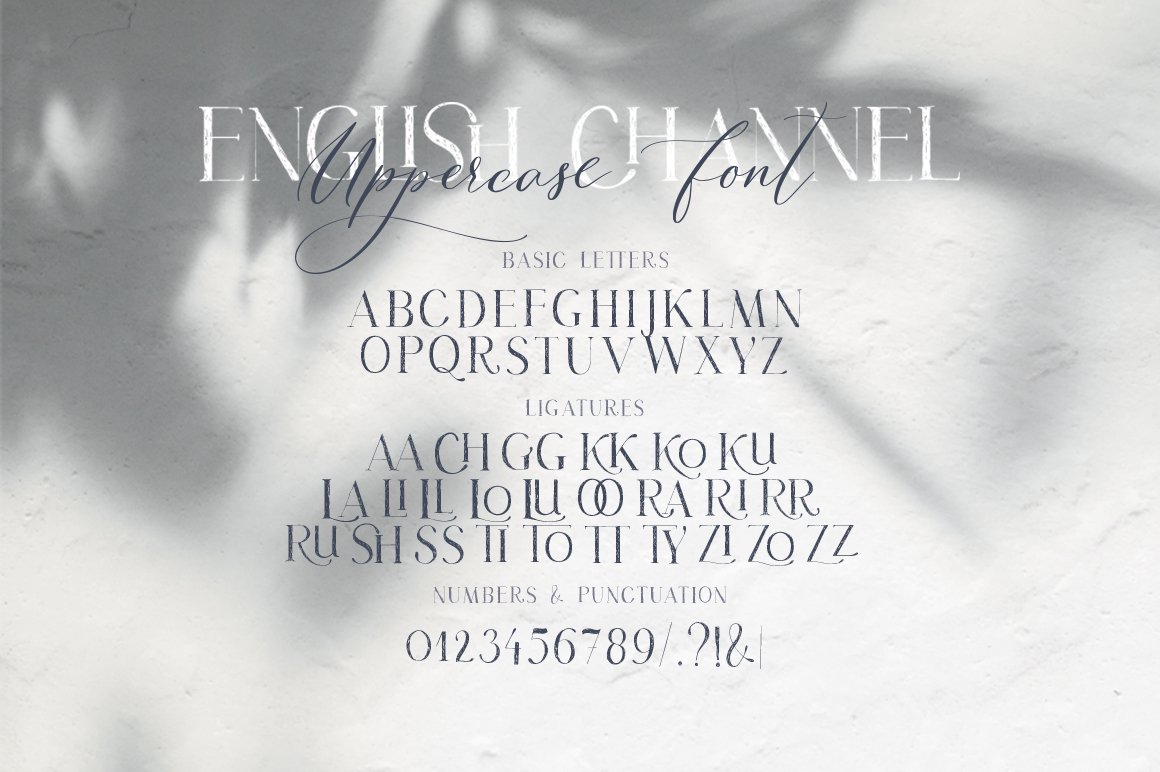 Say hello for calligraphy font debut “English Channel” – my new contemporary stylish font duo.“English Channel” is high fashion font duo that makes for gorgeous logos, posters, wedding invitations, blog posts, social media, and more! I love using these two fonts together, so it looks like the script is running through the lines of the serif.

English Channel Regular Script font includes a lot of ligatures, beginning and ending letters, with awesome swashes and a lot of alternate letters, which are very easy to get (without using Glyphs Panel).You can reach alternate letters through the glyph panel as standard. But I also wanted to simplify the work for you, so you can choose the letter option even easier:

English Channel Uppercase Font consisted of capital handwritten letters with organic texture letters and also have cool ligatures to decorate texts and give them even more personalityBoth fonts come with PUA Unicode that gives you full access to the ligatures and alternates in software that doesn't support the extra characters. To access these characters you can use Font Book (Mac) or Character Map (Windows).

All fonts include multilingual support, which include Western European, Central European and South Eastern European languages. Please type characters in text box below to check any characters you need. 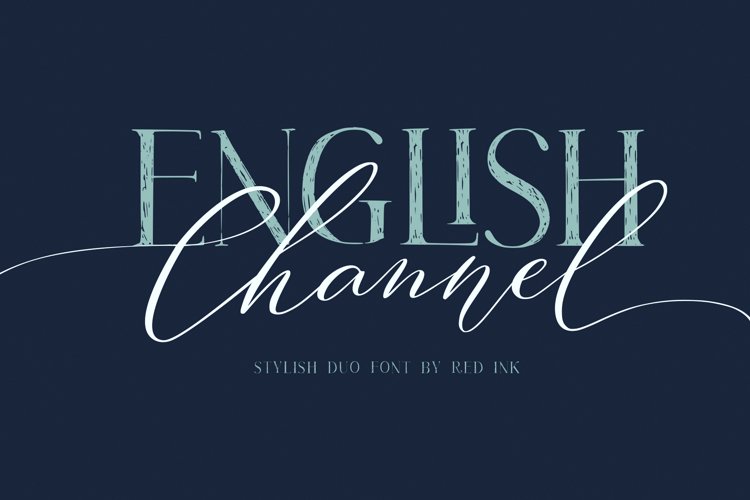