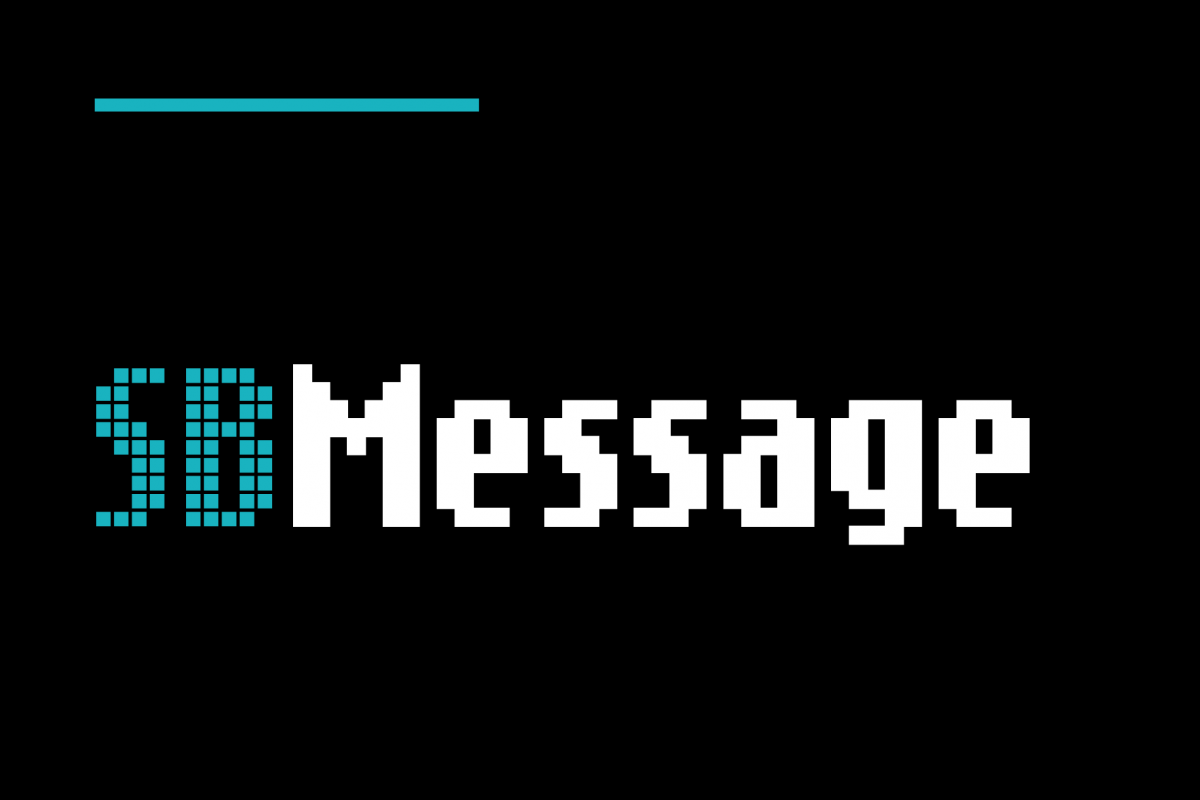 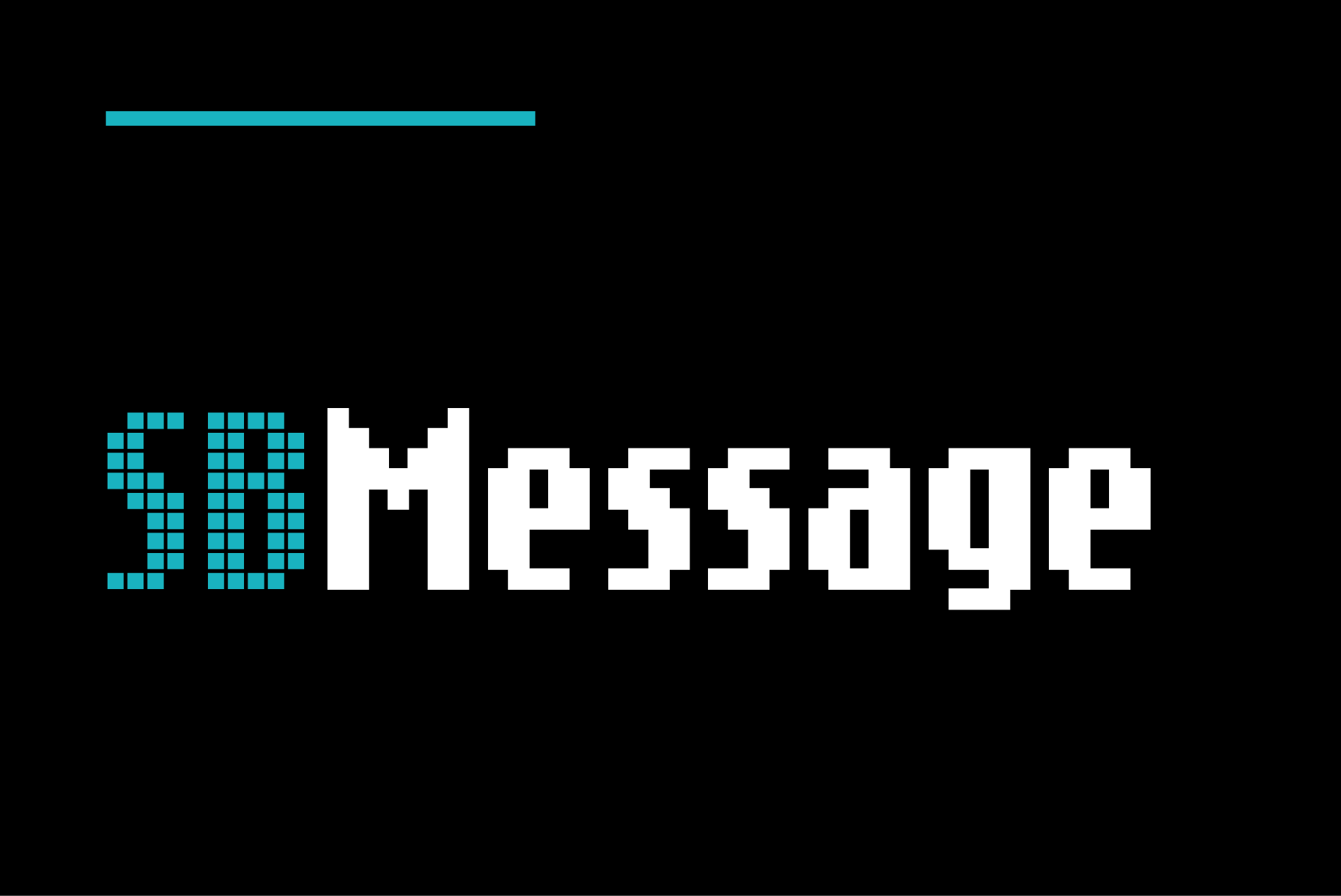 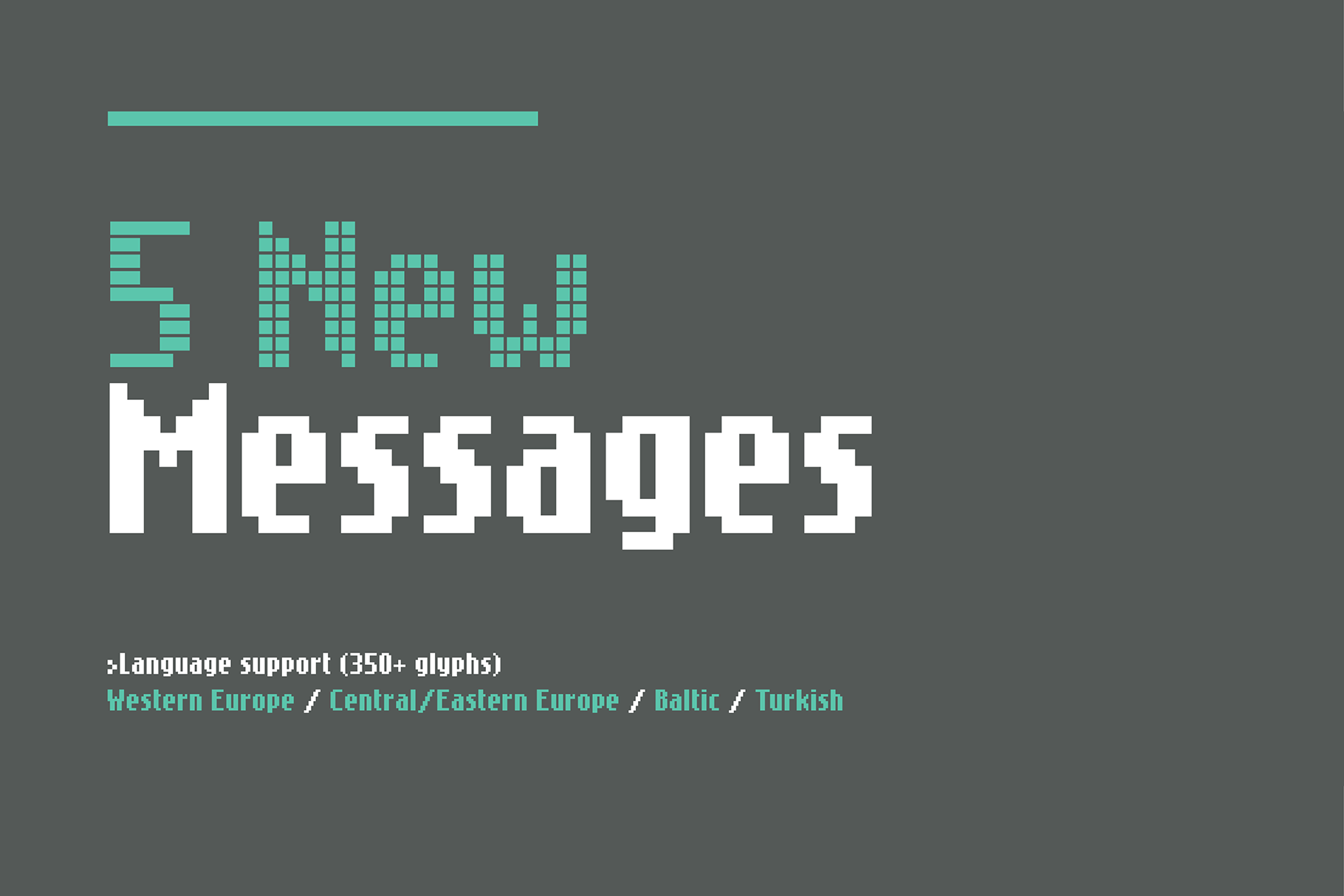 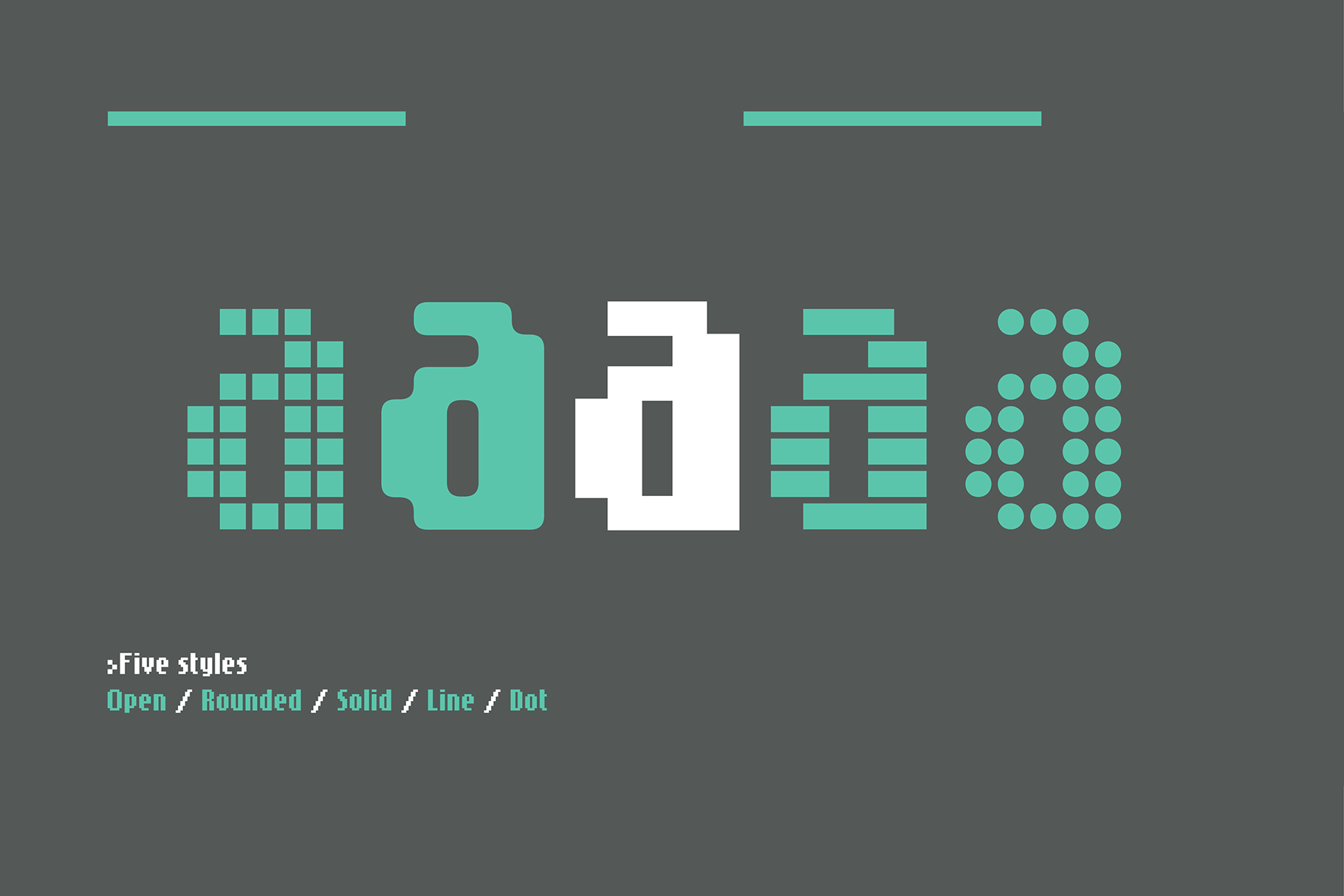 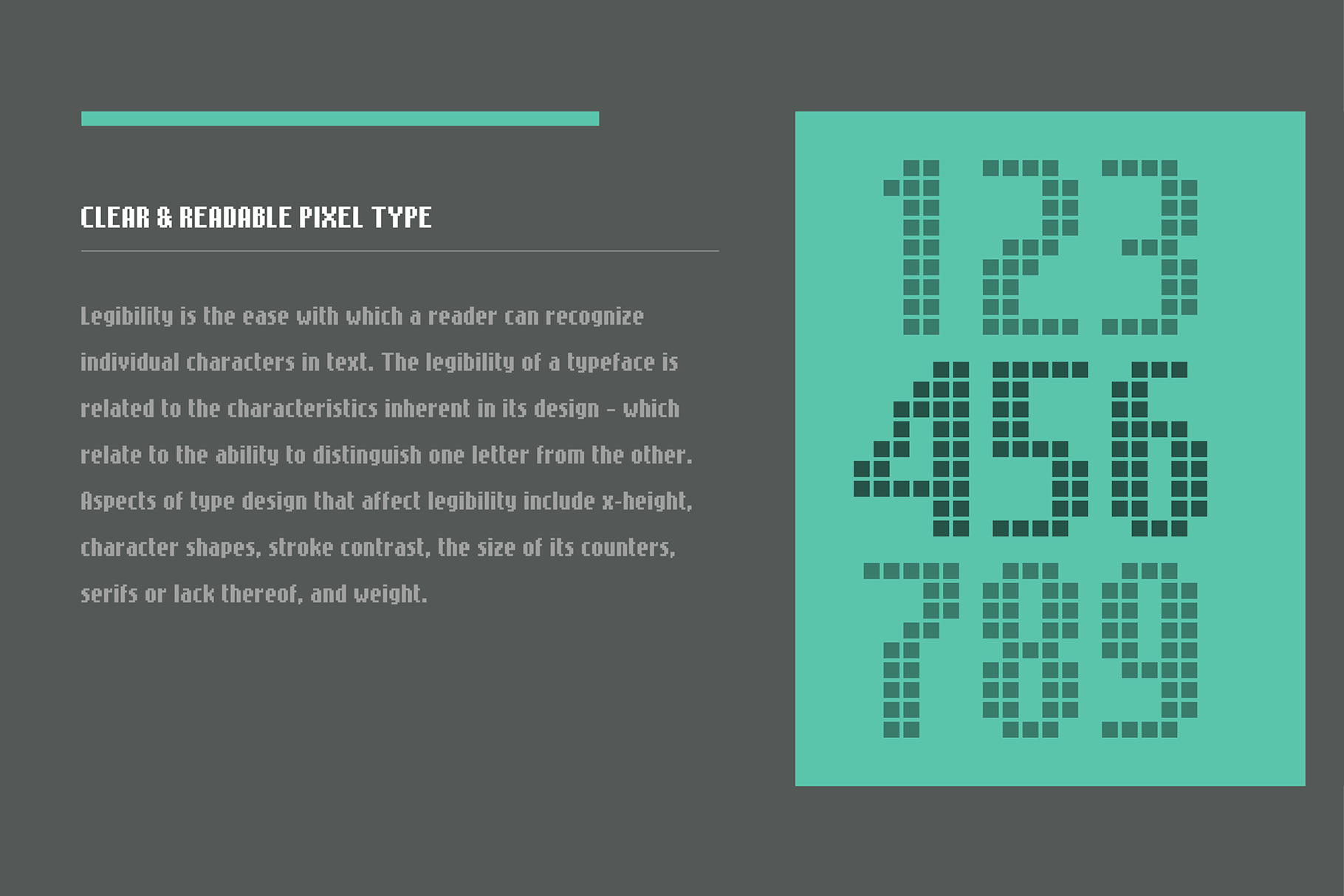 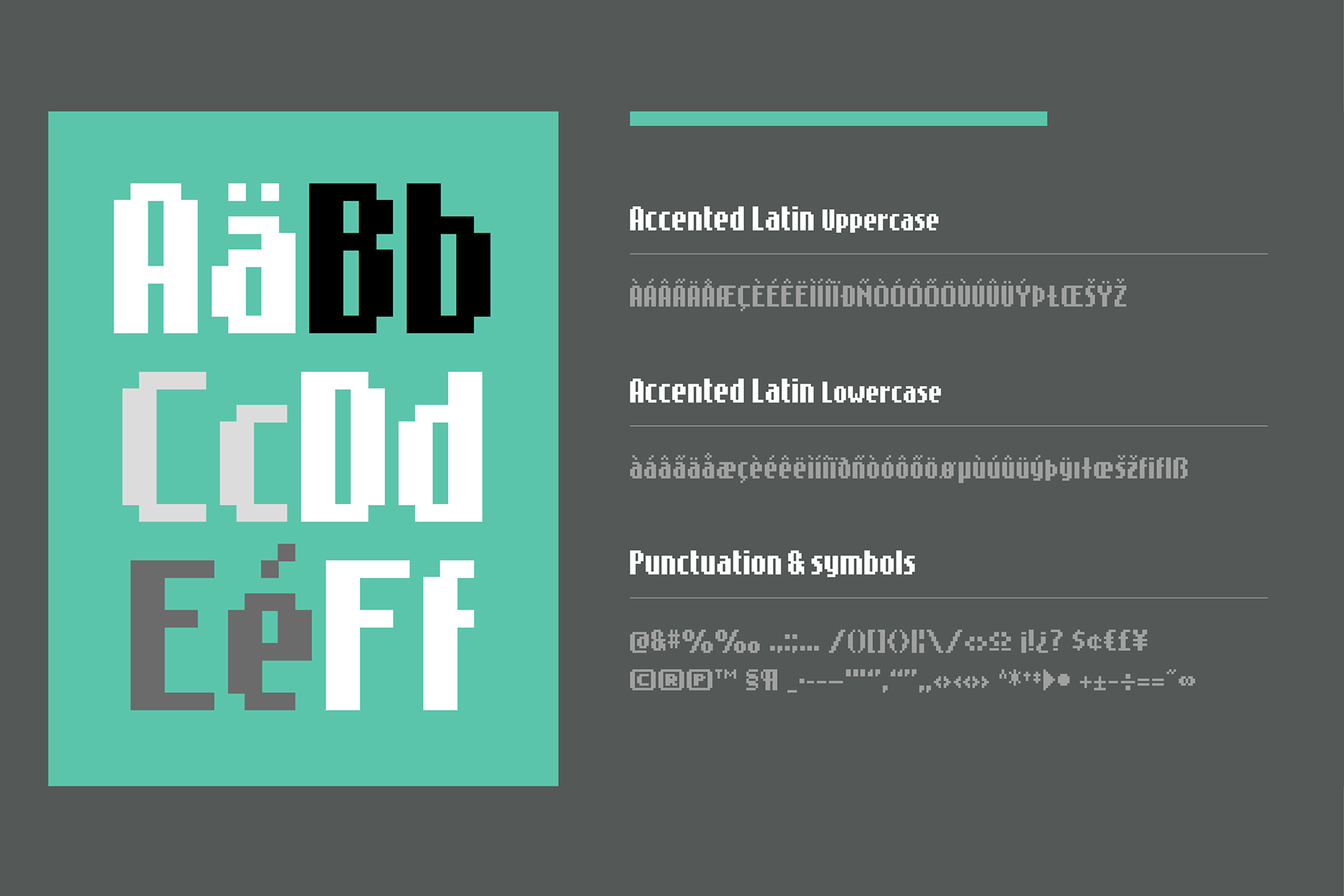 SB Message is a typeface inspired by the font used on the old Nokia cellphone displays. Although it later found use as a pixel font, during the early days of web design when designers were experimenting with pixel based graphics, it was originally designed for use in print. This was pre-smartphone era and Nokia phones were ubiquitous. Nokia featured the best design the mobile phone industry had to offer and it dominated the market in the years before Apple launched its game-changing iPhone. At this time, marketeers were taking their first tentative steps in attempting to engage consumers using the relatively new technologies of the web and SMS messaging and at that time few typefaces existed that were suited for these uses. SB Message takes its cues from the Nokia font, but critically it is taller and narrower, improving its impact as a display typeface for use in headlines. Initially only two styles were produced, Solid and Open, aimed at creating a screen-like headline, but later dot matrix, VDU line and rounded pixelfont versions were added, giving the designer more flexibility in using this typeface. SB Message still performs as a very legible pixelfont and is optimised for use at 10px height. 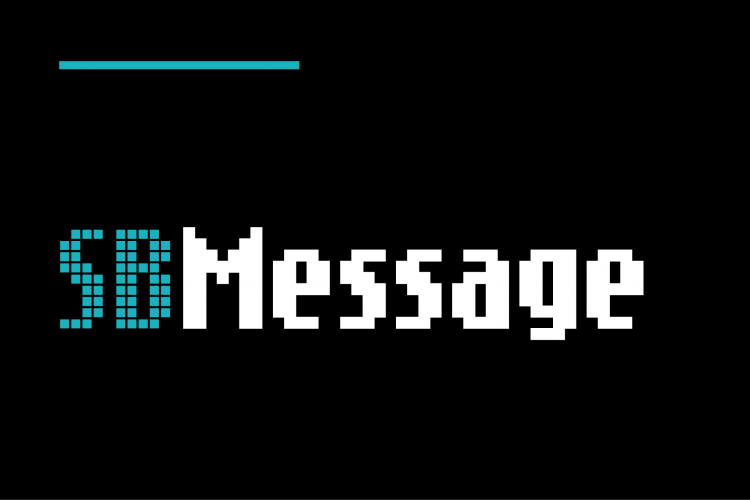