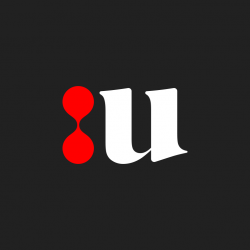 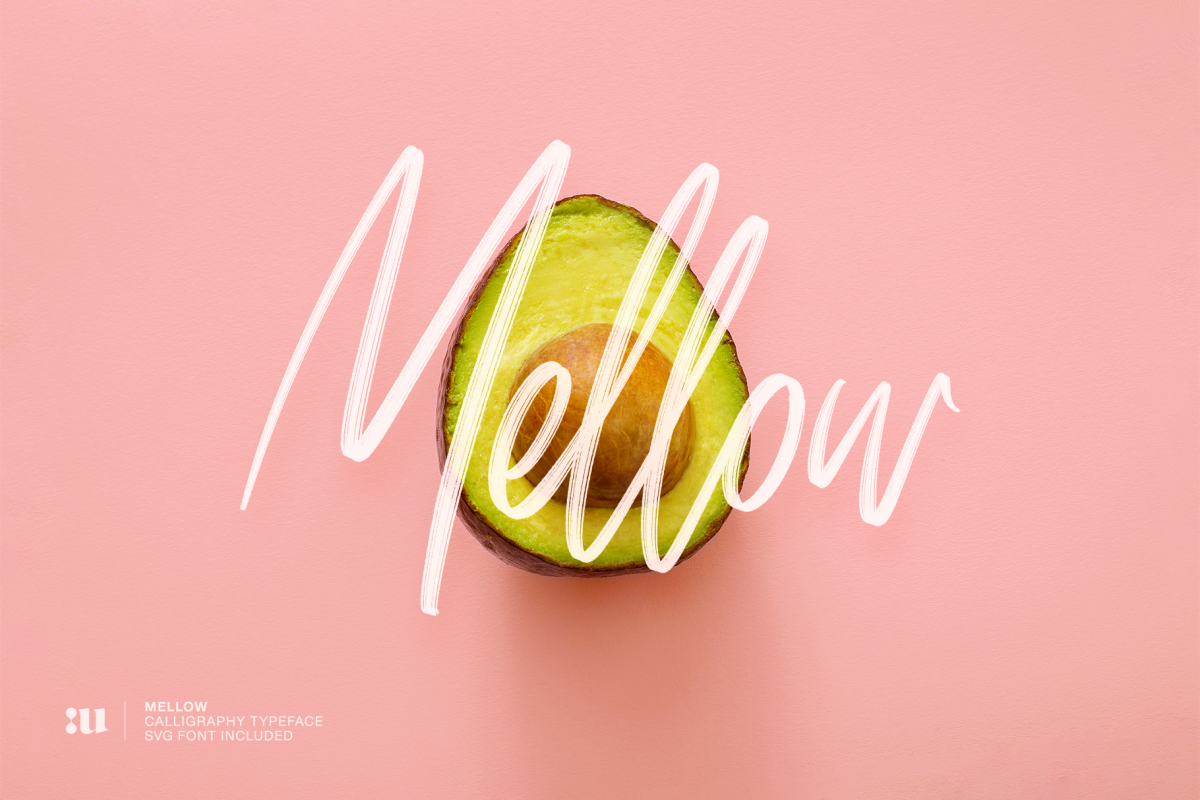 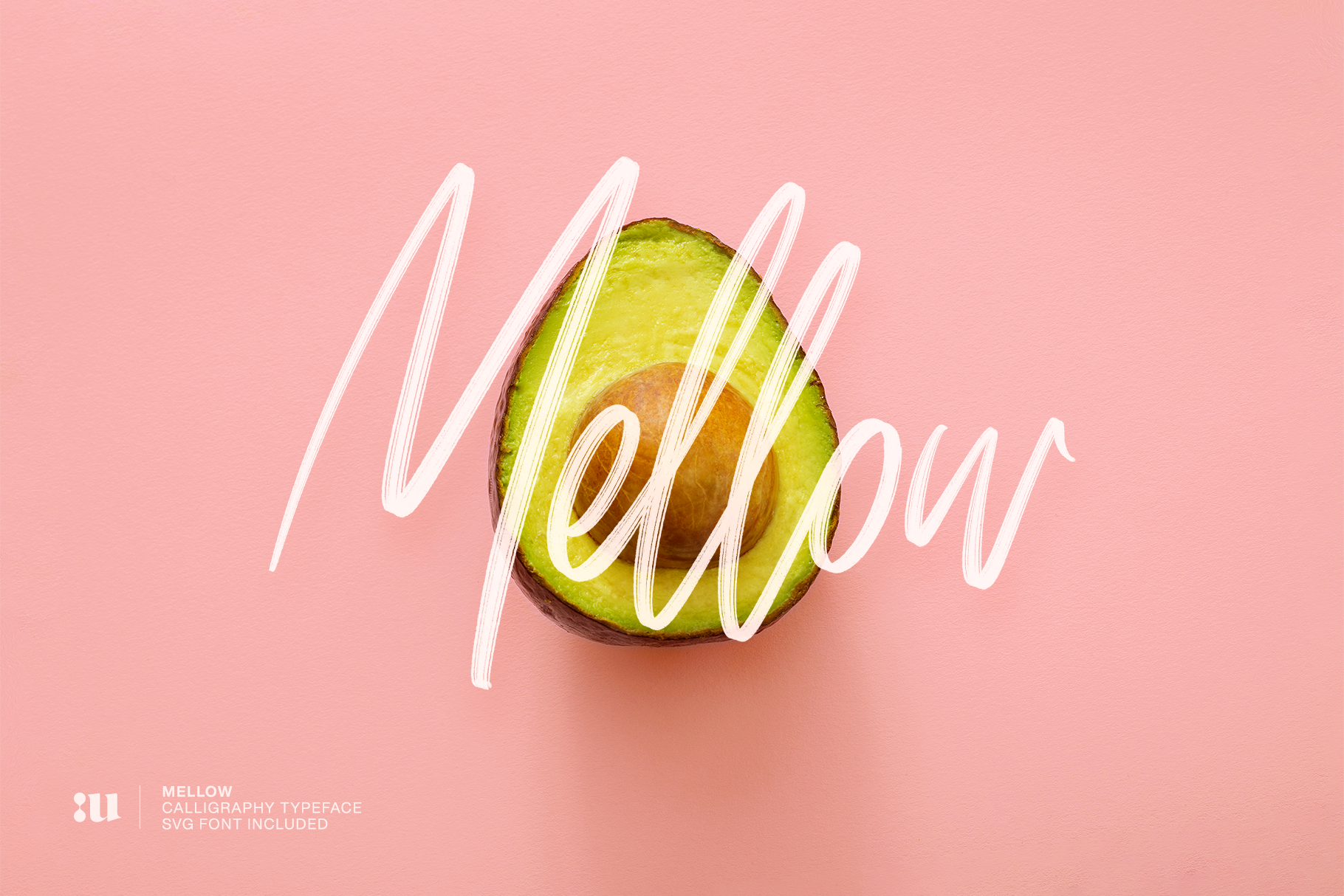 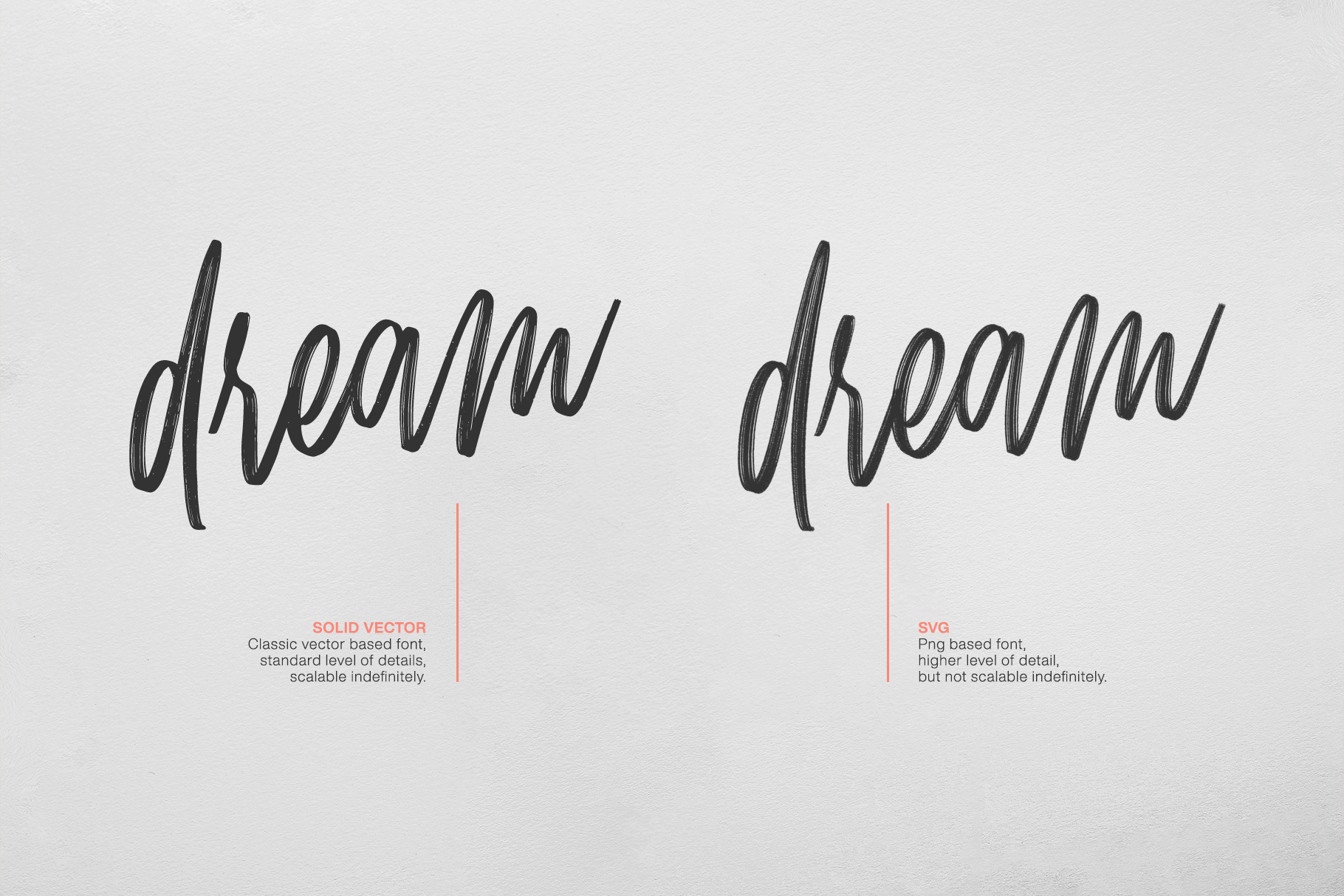 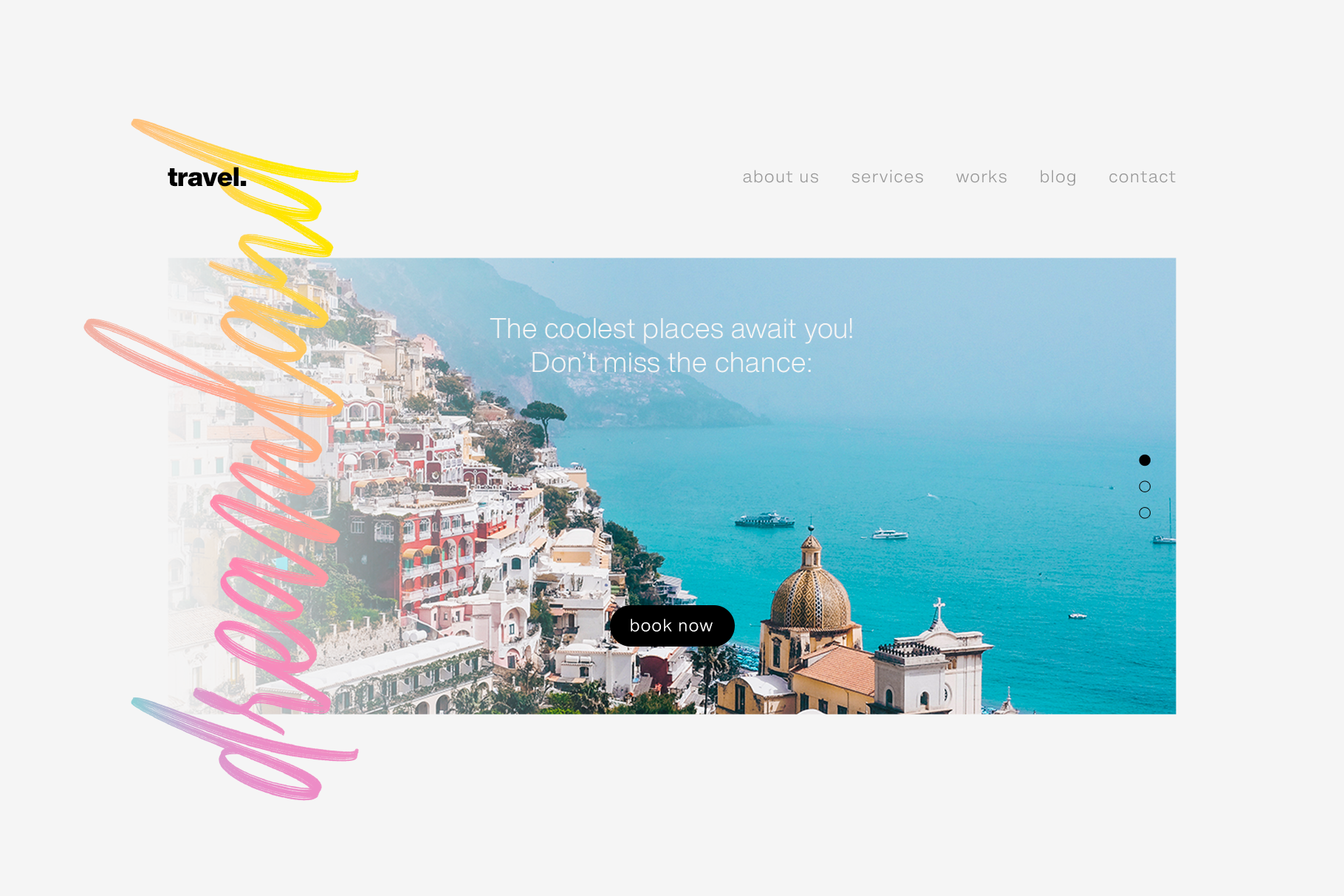 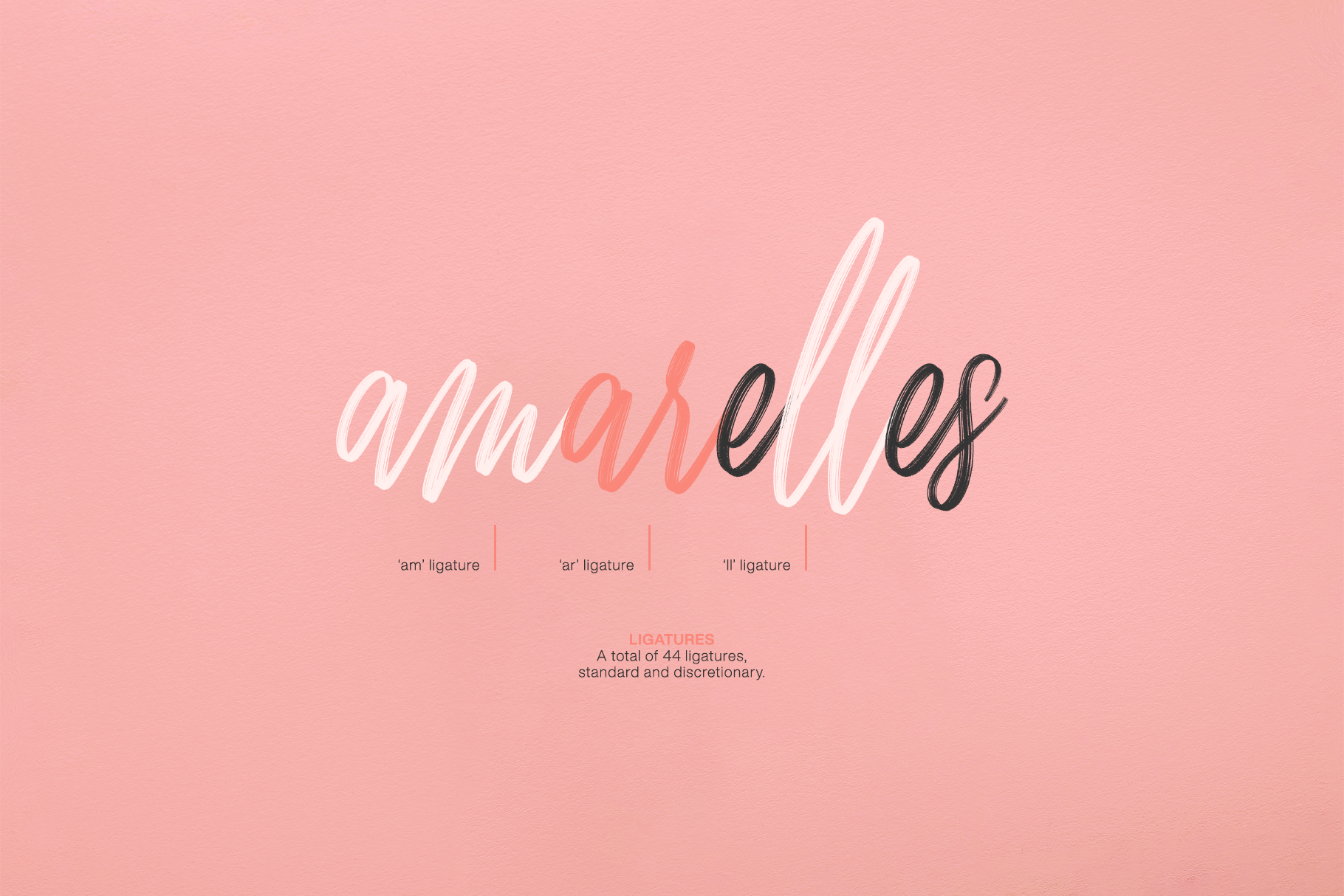 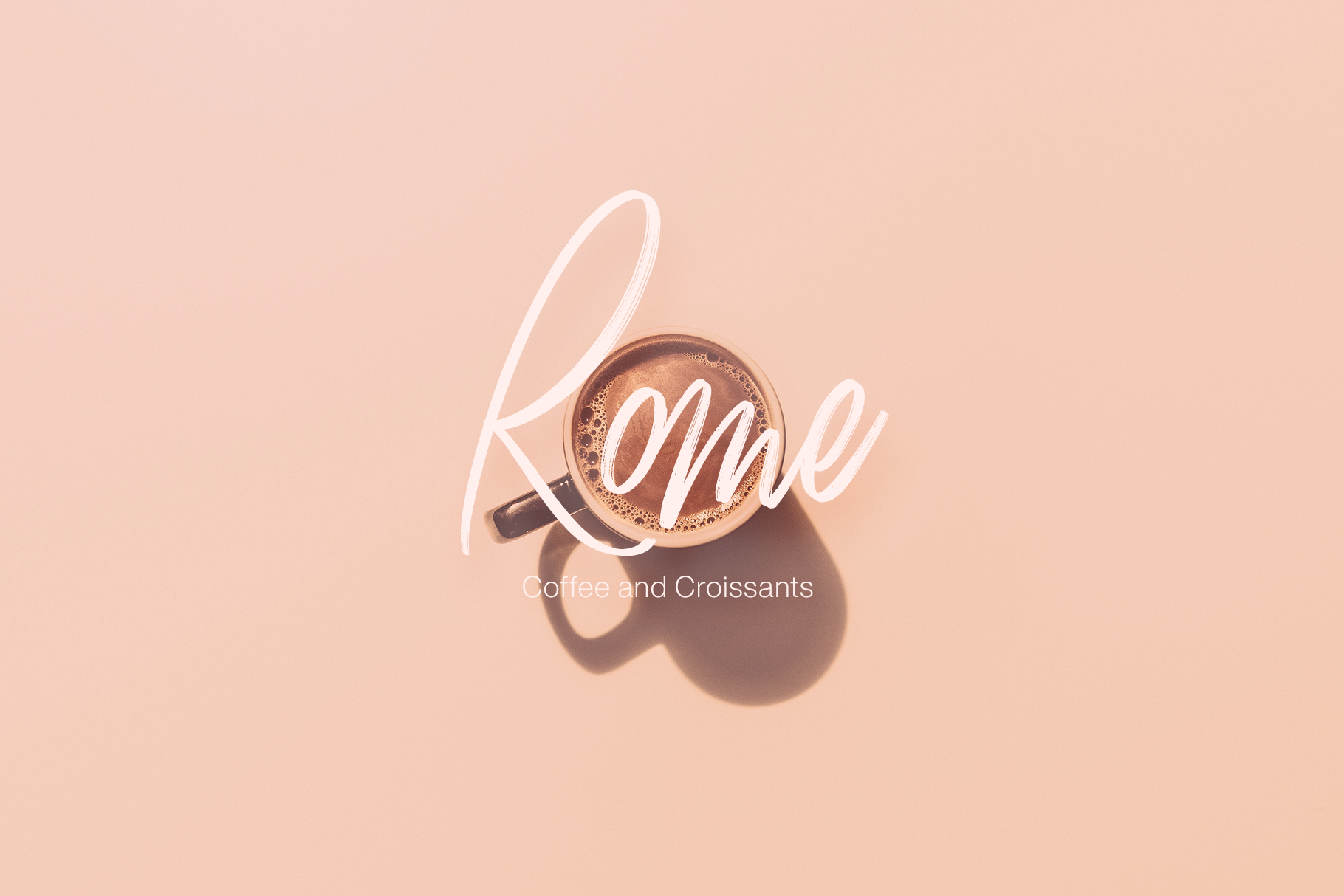 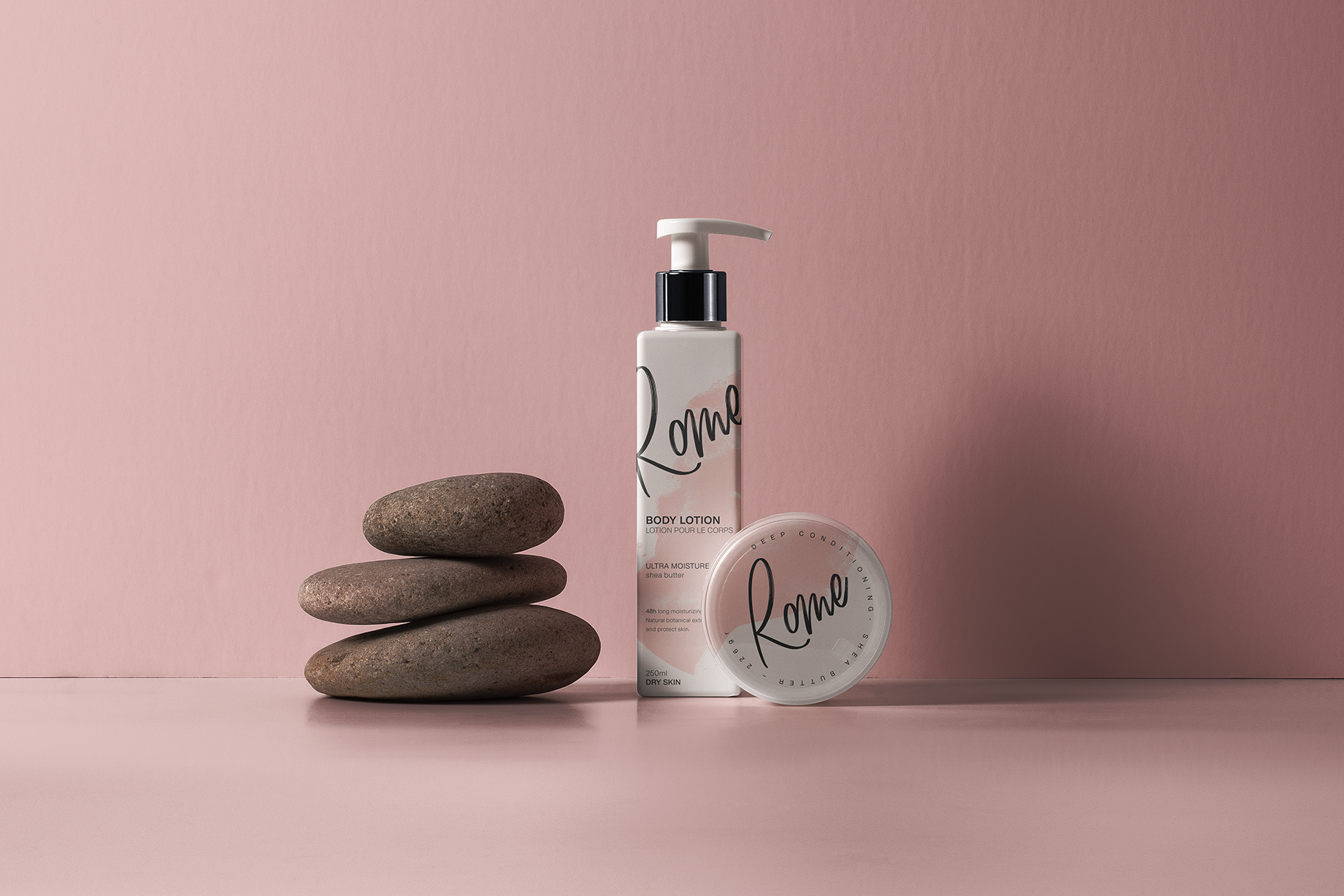 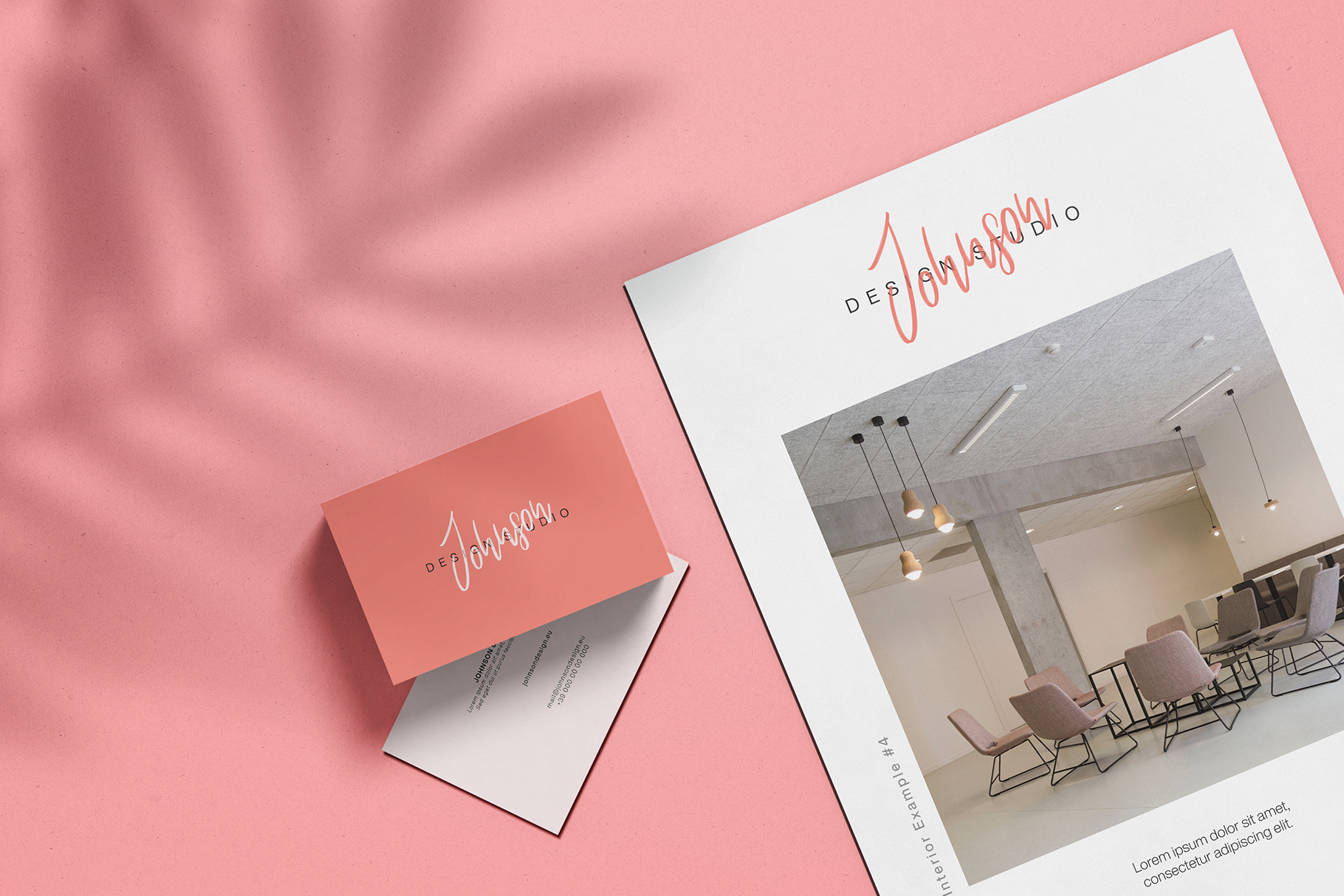 Important note: Opentype SVG fonts require Photoshop CC 2018 and Illustrator CC 2018 or newer. Any other font included is widely supported. Extensive guide included.
Introducing “Mellow” - a realistic hand-made calligraphy font which comes in 2 different forms: SVG and Brush.
A versatile brush font which can be used in a range of different design projects from branding to packaging, from apparel to stationery.
As mentioned above “Mellow” offers two versions, each of these is enhanced by a set of 44 natural looking ligatures.
What’s included:
- Mellow SVG Font • This font currently only work in Photoshop CC 2018 and Illustrator CC 2018 or newer. Pick this version to type high-detailed calligraphy letters.
Please note that, in order to improve the overall performance, this version does not feature the full character set due to limitations in the font file size.
- Mellow Brush Font • This version features the traditional vector format, but still preserves the stroke authenticity. It is widely supported by Adobe® Creative Suite® and any other opentype capable software. Mellow Brush contains more than 410 glyphs and includes full foreign language support (Central, Eastern, Western European languages).
- Mellow Photoshop Document • If, for any reason, you're unable to use the SVG font or require the letters in a higher resolution,  we’ve included the original glyph set in a layered and organized psd.
Specifications:
Tutorials and guide available here:
Thanks for viewing, Unio. 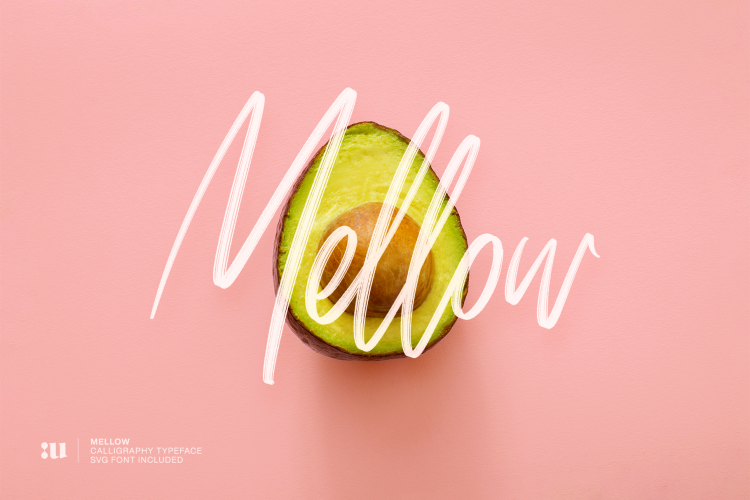