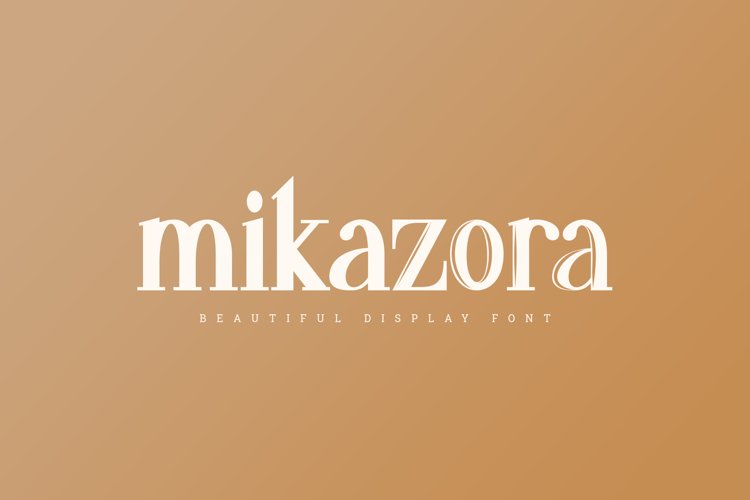 View Font Glyphs
Share this product
mikazora is an imperfect, display serif font. It has a modern look with a free-spirit touch! There are a fun set of alternative letters to play with as well! mikazora include 2 style such as regular and inline/Sparkle.

mikazora is a gorgeous sans-serif typeface that is both classically elegant and inherently modern. Create beautiful wedding invitations, use it as an elegant solution for your next magazine layout, or choose mikazora for any graphics that require a sleek look with a vintage flair. mikazora is based on classic letter forms for publishing and display graphics, so you can give your text a classic, elegant feel, high-contrast lines and alternating thick and thin strokes.

mikazora provide multilingual support.If there is a problem, question, or anything about my fonts, please sent an email me.
Thank you!