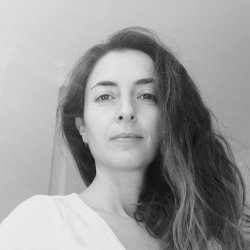 Meet Madfish, a family of 4 fonts: Script, Serif, Sans and Sans Rough. All fonts are made to work perfectly both on their own and with each other.

Madfish Script is a Bézier-perfect extra slanted script with a ton of alternate characters and swashes.

You can access the alternate glyphs and swashes in any application that supports Opentype features (such as Adobe Photoshop, Illustrator, Indesign) as well as from the Glyphs Panel (under Window> Type> Glyphs in Illustrator). All alternates are PUA encoded and accessible under Character Map in Windows and Font Book in Mac.

The alternate characters are also added as a separate font, Madfish Alt, to make it easier to access in non-Opentype applications.

Madfish Sans is a hand drawn sans serif that combines the power of a classic sans serif typeface with the charm and friendliness of hand made creative work. It also comes with a rough version, Madfish Sans Rough, which works very well in logos and headlines.

Madfish Serif is an all-caps hand drawn serif that has a strong enough character to be used on it’s own but it also works beautifully as a complement to any script or display typeface. It also works particularly well in small sizes.

But that’s not all!