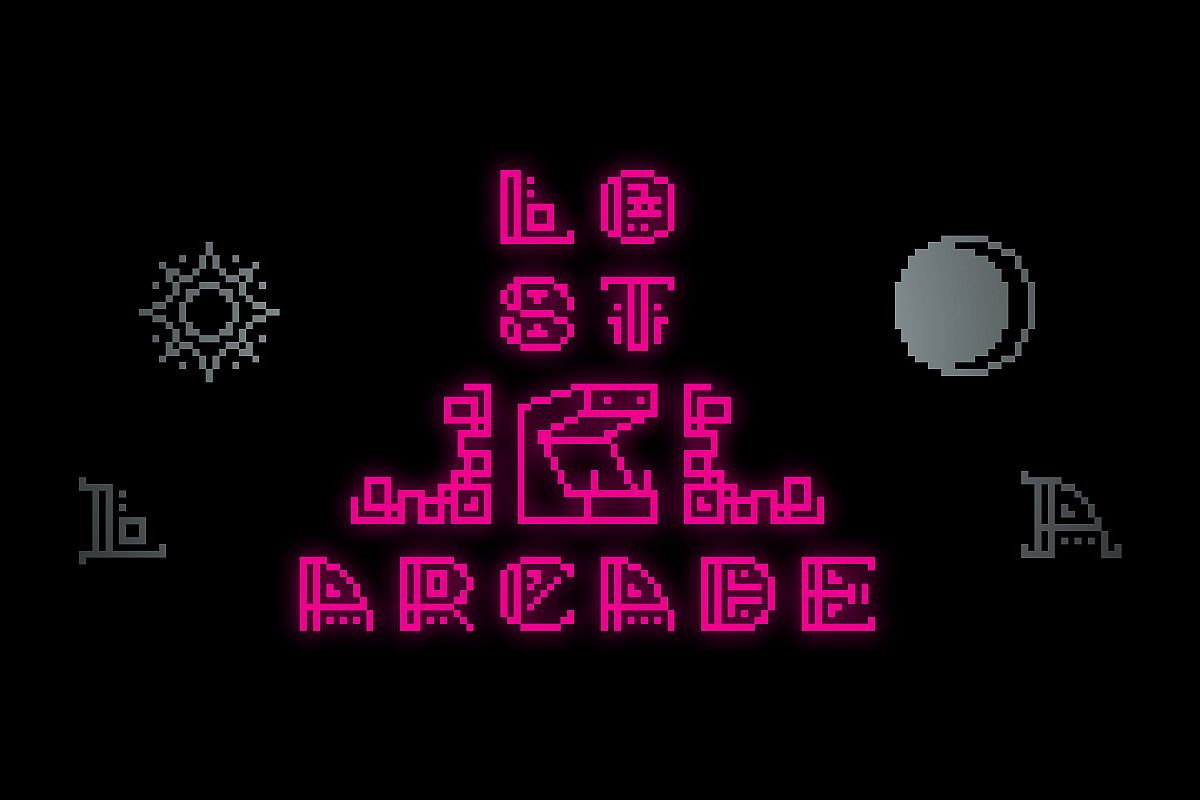 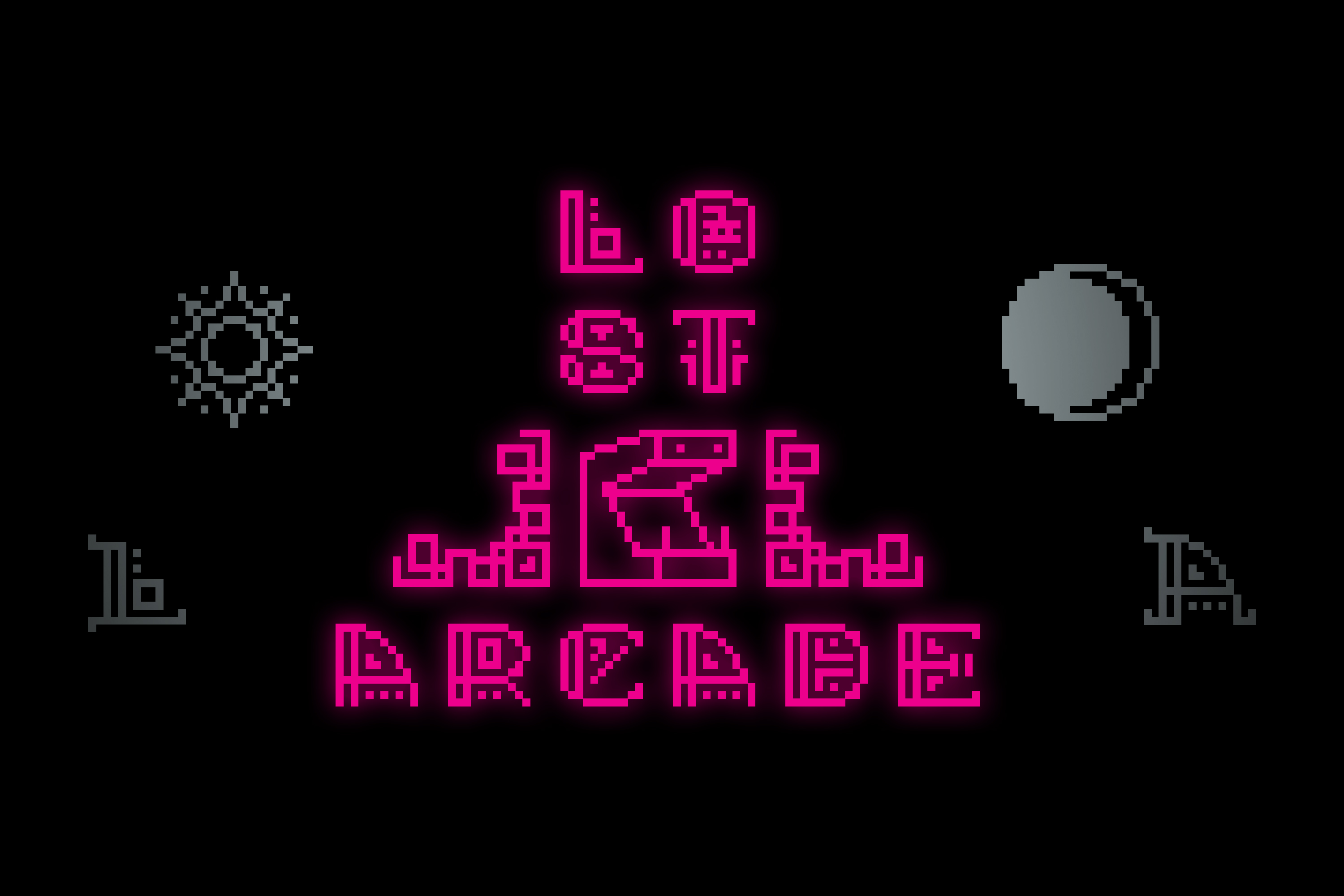 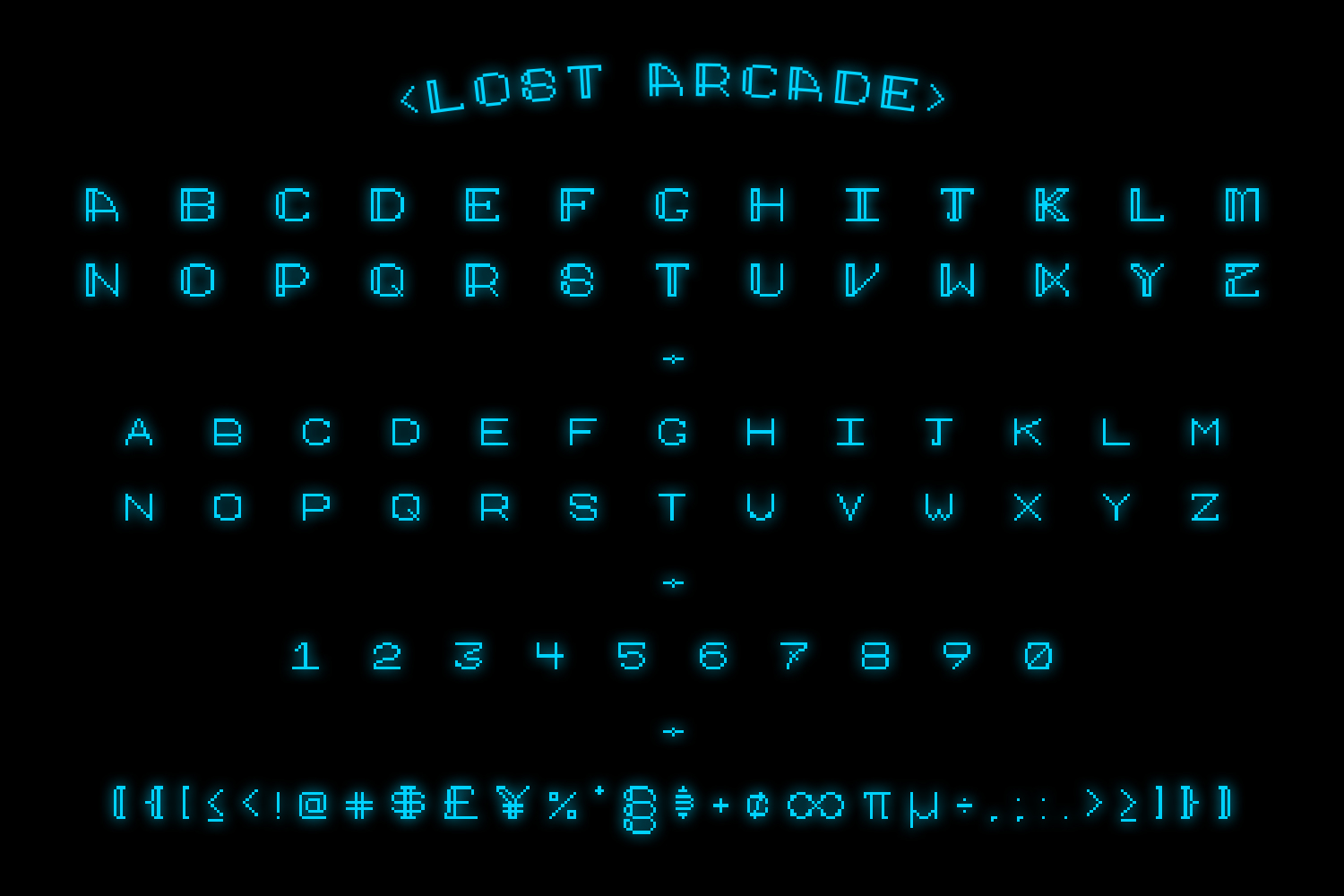 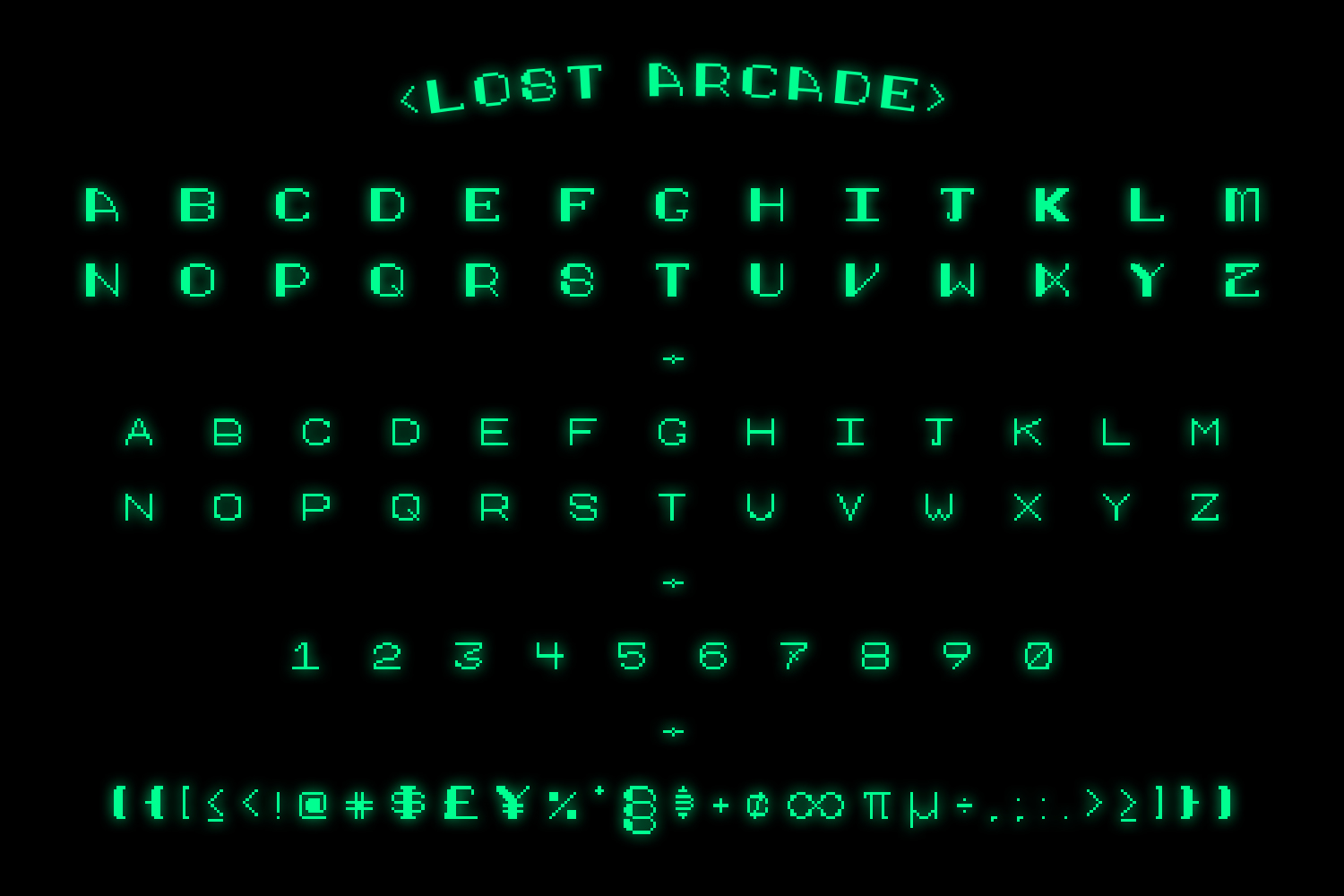 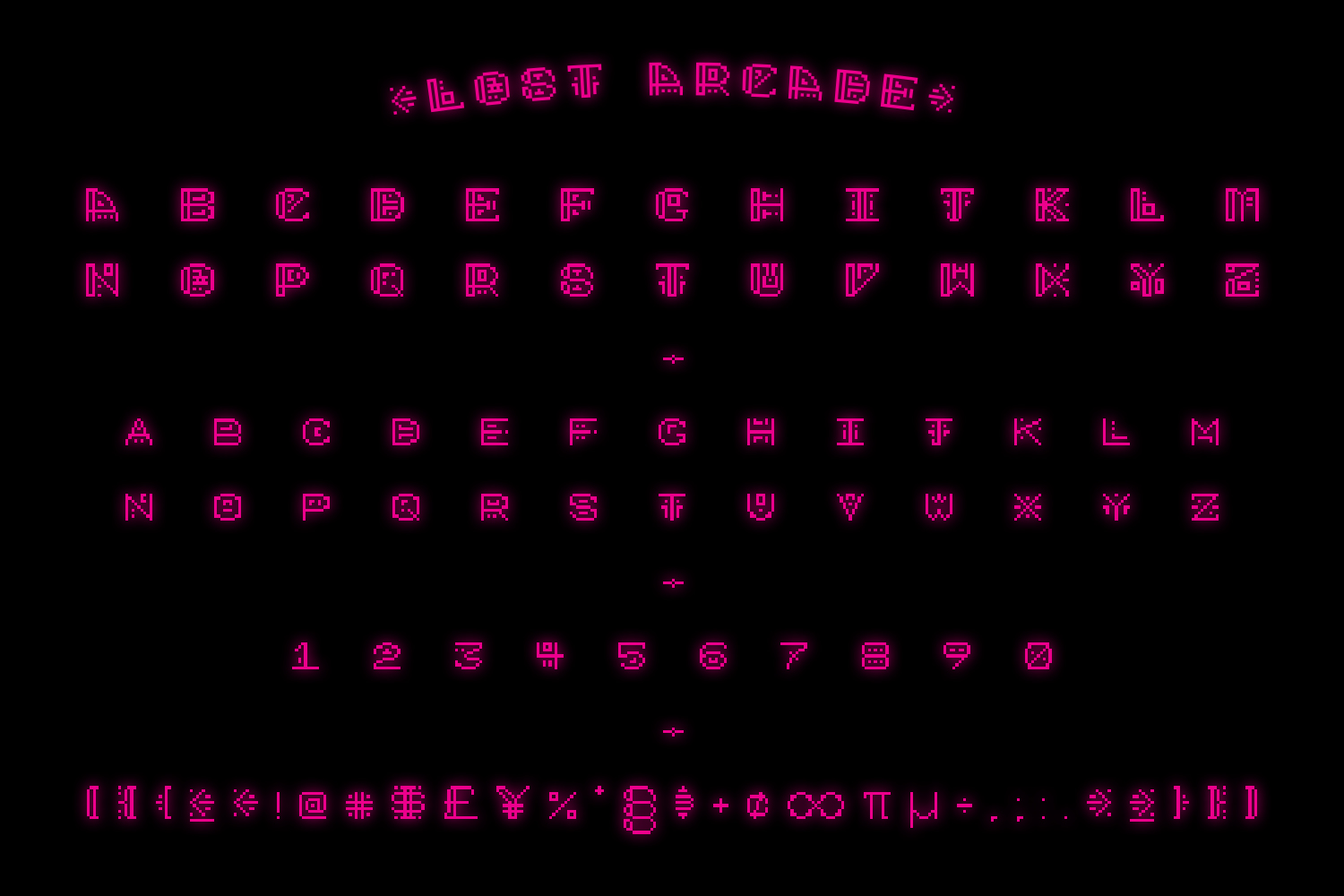 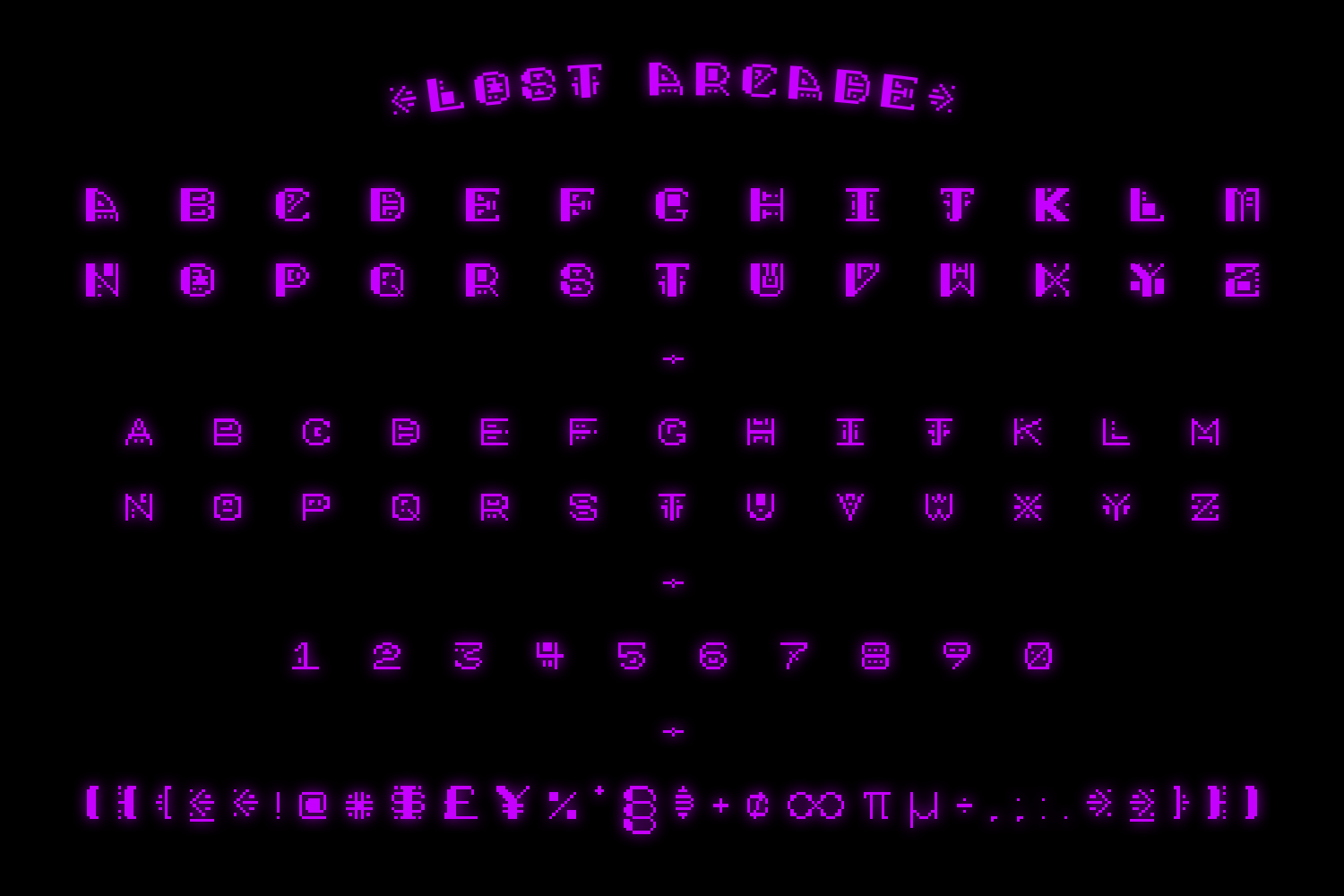 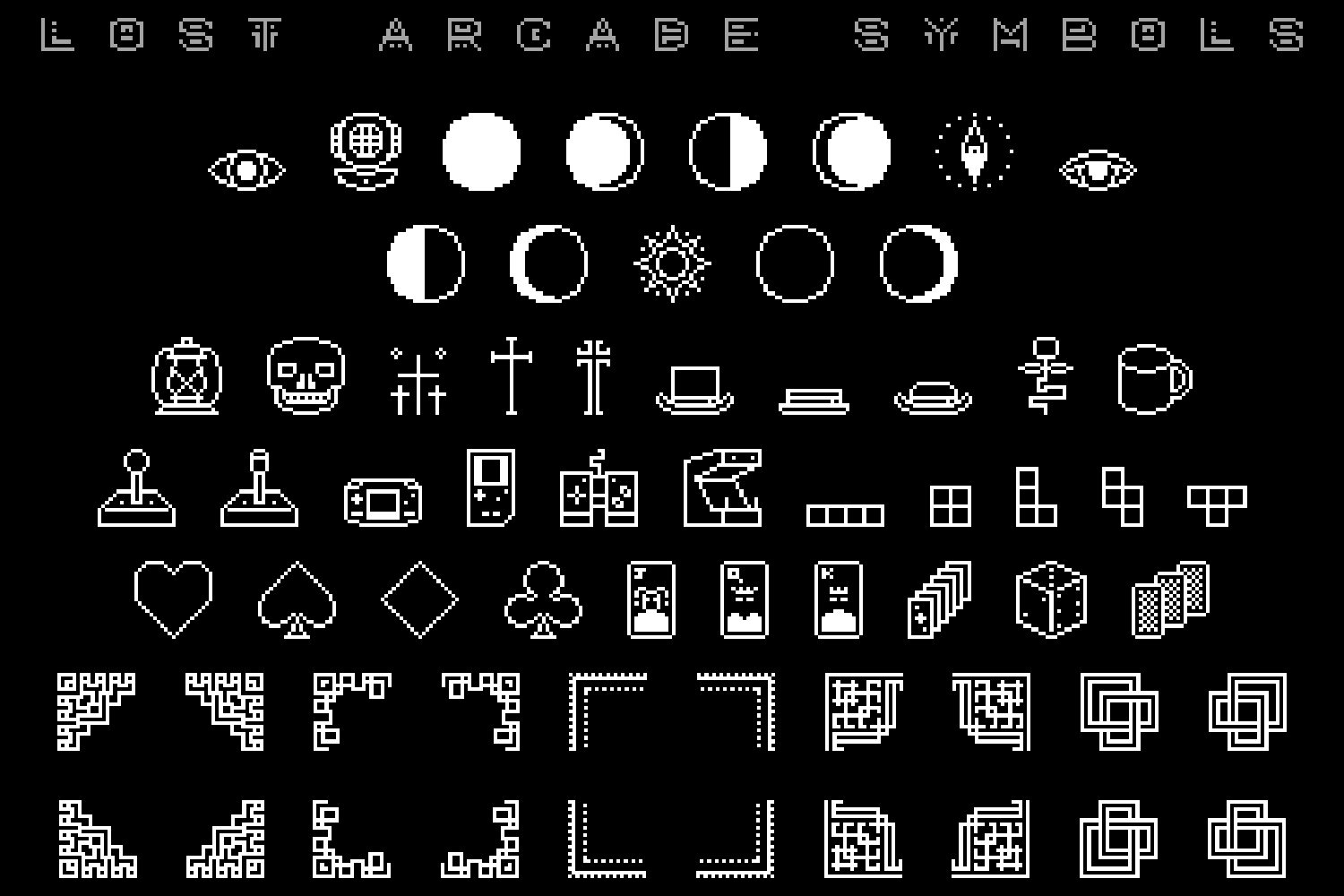 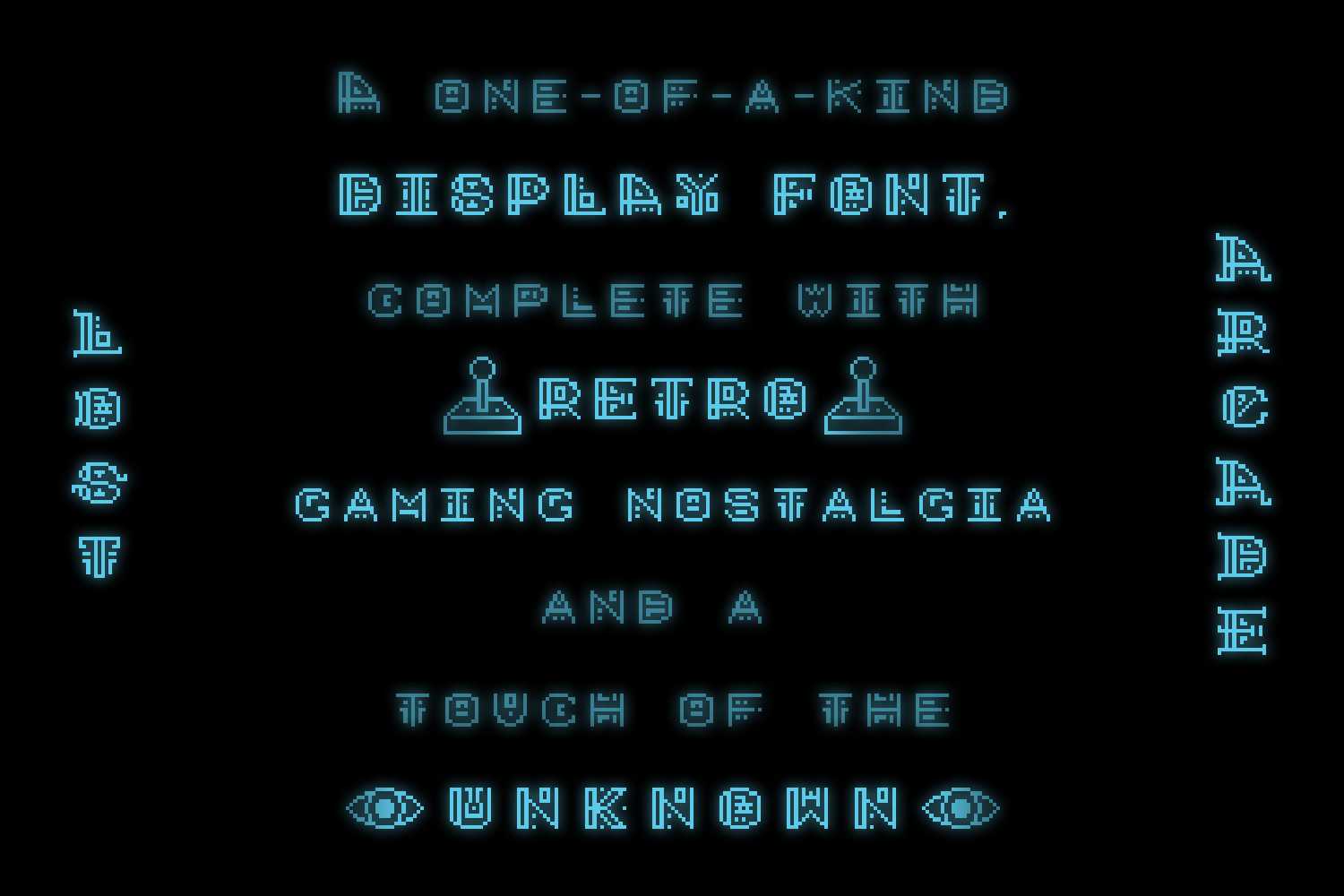 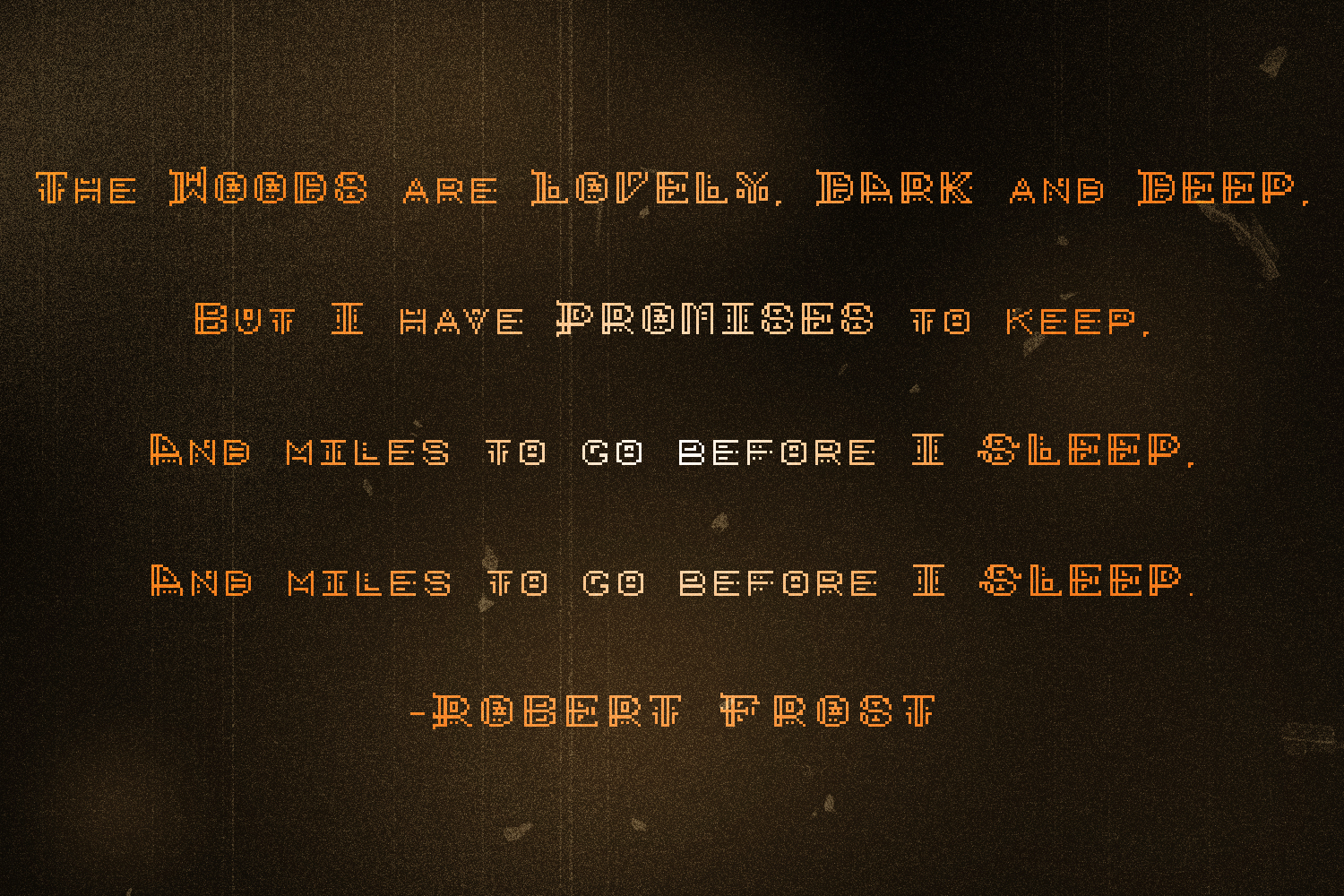 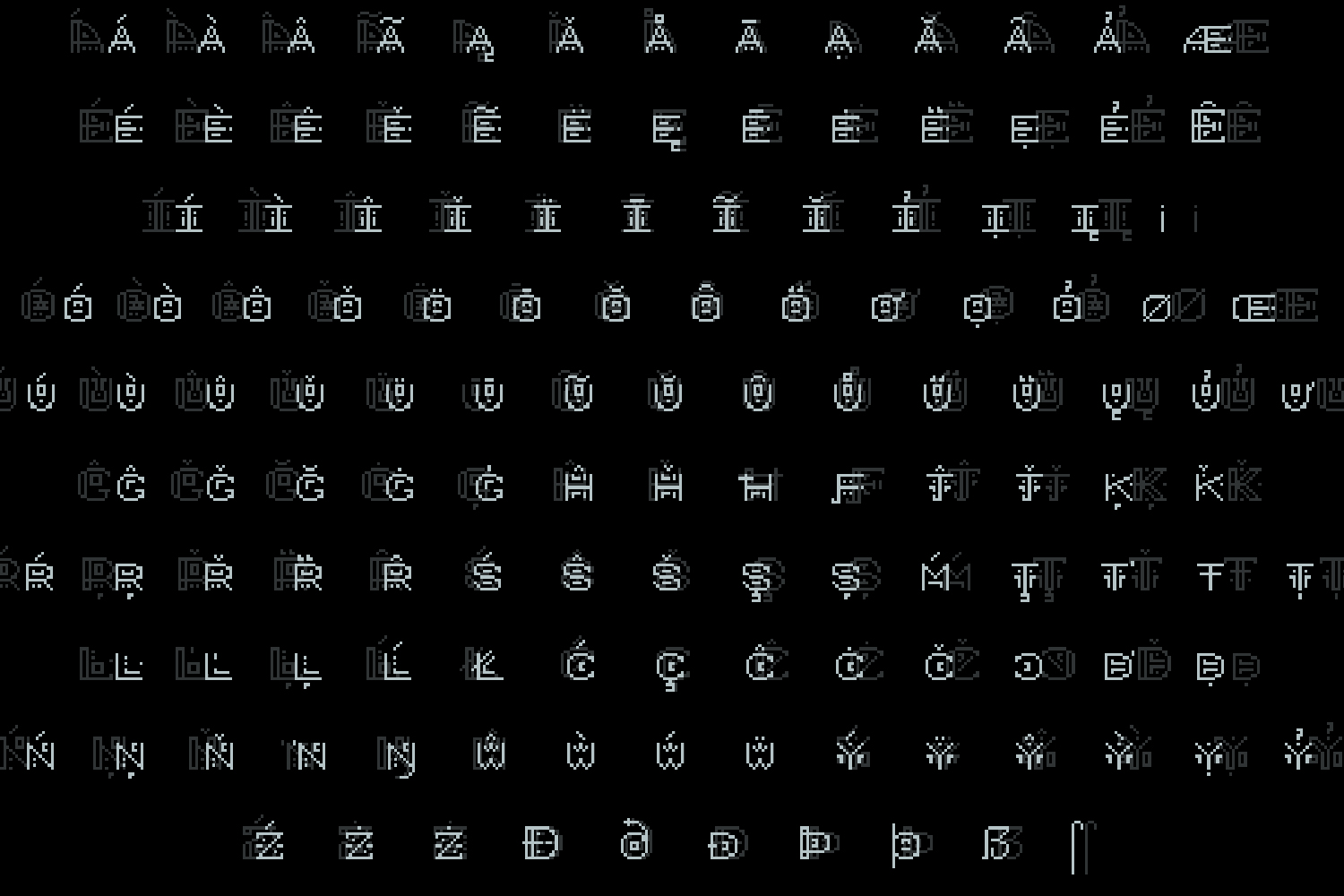 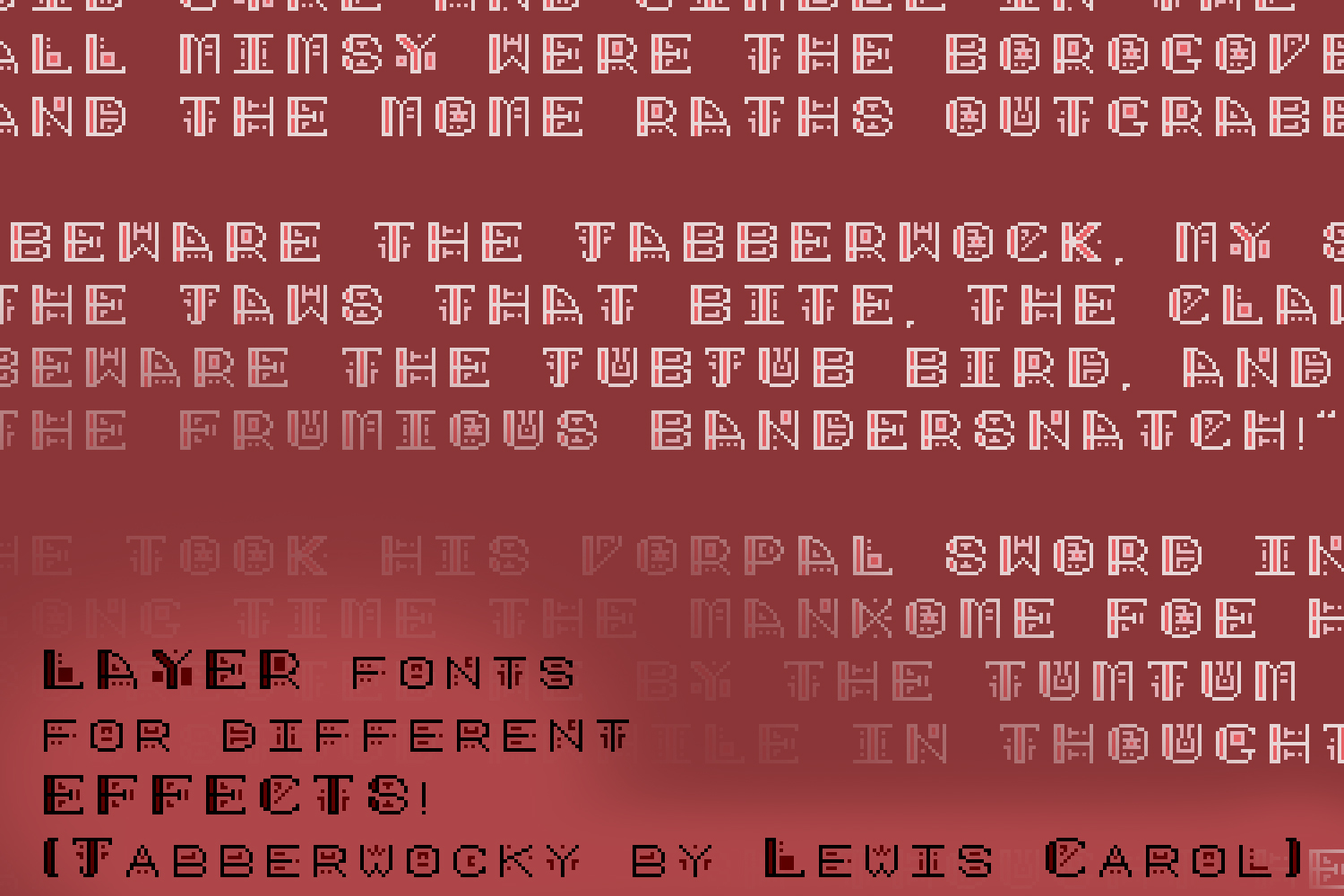 Lost Arcade is a one-of-a-kind display font inspired by the nostalgia of pixel art and the theme of mystery. For the pixel purists among us, every square is proportional to its neighbors.Included fonts:

Lost Arcade fonts include uppercase and lowercase characters, uppercase swash characters and broad language support, totalling at 480 glyphs.As a bonus with this bundle:*All font files are only available in ttf. format and are not compatible with MS Word. 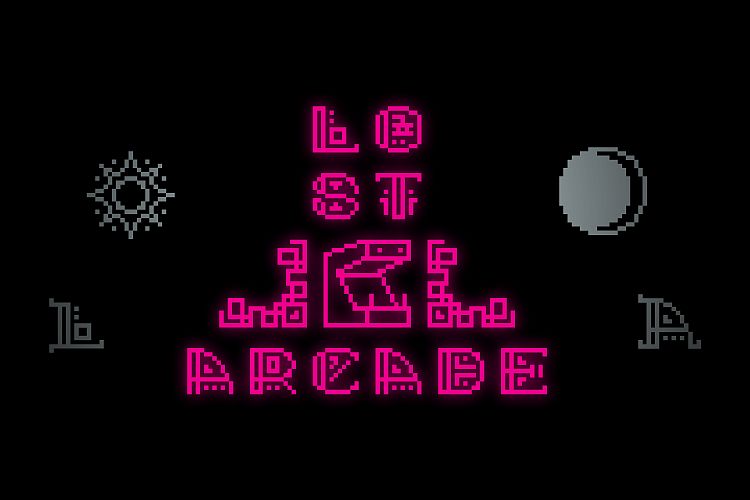 By Chris Rogers
Add to Cart
Email Us
Loading ...