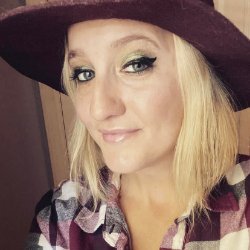 The First Fonts - A Bundle of 6 Multilingual Fonts

There is a first time for everything - and this is definitely a first for me. I am so excited to share with you my very first Font Bundle! This set 'The First Fonts' - is a collection of the first 6 fonts I hand lettered, coded and published to sell!

Summer Soundtrack was the first font I published to sell. I lettered this on one of the first warm nights in April 2020, shortly after the Covid Pandemic. I was sitting in our backyard, enjoying the warmth of the sun, the smell of bbq and the laughter of my girls playing. I wrote it very quickly and had it cleaned and published in less than 48 hours. 👈 That never happened again 😂 I didn't know it then, but that night was a key moment I needed, to begin my healing journey.

Autumn Secret was my second font - and it's crazy to think I have zero memories of actually writing it 😂 but I do remember the night I shared it. I was scared sh*tless - there is always a bit of fear of rejection when releasing a font, and I really loved this one. But I put it out there, and I just felt so much love. It was an incredible feeling, and it was then that I knew I could probably make any kind of font I wanted. I also remember it was one of the first secret $1 Deals Design Bundles hosted ❤️ 🥰

Next came All Hollows Eve - this one was interesting to letter. The brush came from Justina Tracey - and the way it worked, I had to keep my pencil pressed down the entire letter, in order for it to be hollow, and without overlapping lines. Super fun to clean and great for coloring books!!

The Shady Frog is a fun one! I hadn't published a font in about a year, but got the itch. It was in the darkest days of winter -- some of the darkest days I had seen in a very long time. This font brought my so much light and joy. If you haven't guessed by now, I love frogs and I love pink so, the picture was just perfect. Today, as I reflect, the name Shady Frog couldn't have been more perfect either haha 😍

Gooey Christmas Cookies is the next! I started lettering it shortly after The Shady Frog - but then I was thrown a curve ball and the direction of my life changed, in what felt like an instant. I stopped lettering, I stopped designing, I stopped coding fonts. It took time, longer than I hoped, but I've spent the last few months resting and healing, learning, listening. It was like a light switched turned back on one day - and I picked up my laptop and kept going. I thought this font would turn out with much darker vibes, I originally intended to make it for Halloween - Spooky Season is what I was going to name it 🎃 - but by the time I sat down to settle on a name/display images, I was drawn to some of the things I love most - cookies and Christmas 🎄

Aaah - and finally we are at Soothing Streetlights - this was another first. I started this script back in 2020 (remember I can make any font now 😂 ) - it was my first Script font, and oh boy was it intimidating. I had taken Teela's Learn Font Making course - I've had the honor to learn from some greats like Missy Meyer and Justina Tracey - I was going to write the best script ever 😂 Wrong - I froze, I got half way finished and never looked at it again. I was so stuck on it being perfect, it never got finished. After Gooey Christmas Cookies, I went on to start another font - but then I remembered this guy, tucked away in a folder all on its own. In less than 48 hours, I finished it, and it turned out to be more amazing than I could have imagined. It's not perfect, there are likely spacing/kerning issues - but the important thing is it is finished, and I am now starting to clean and code my next script - keep your eyes out, it will release soon!

You will receive an OTF, TTF, and WOFF font file for each font (18 files in total)

Learn how to install fonts:

too cute, and is a great collection of fonts. I added them straight away to my collection!

The First Fonts - A Bundle of 6 Multilingual Fonts