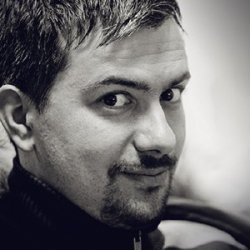 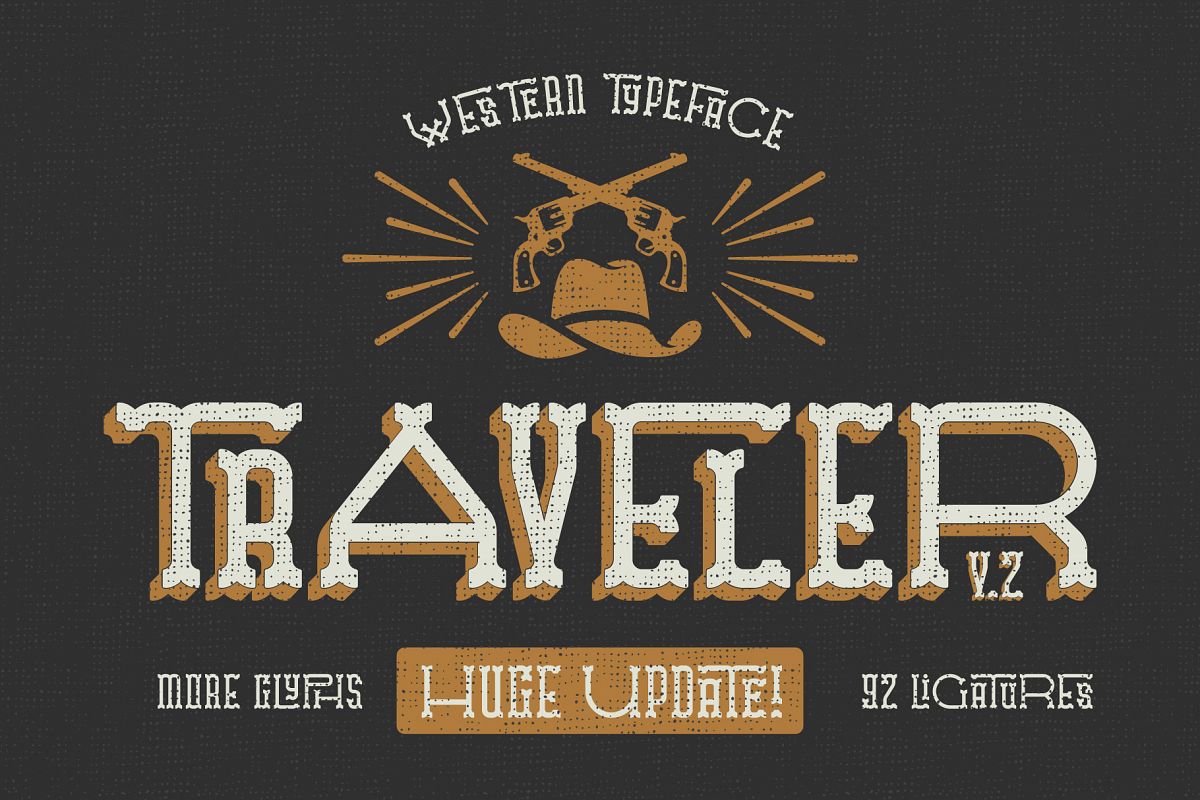 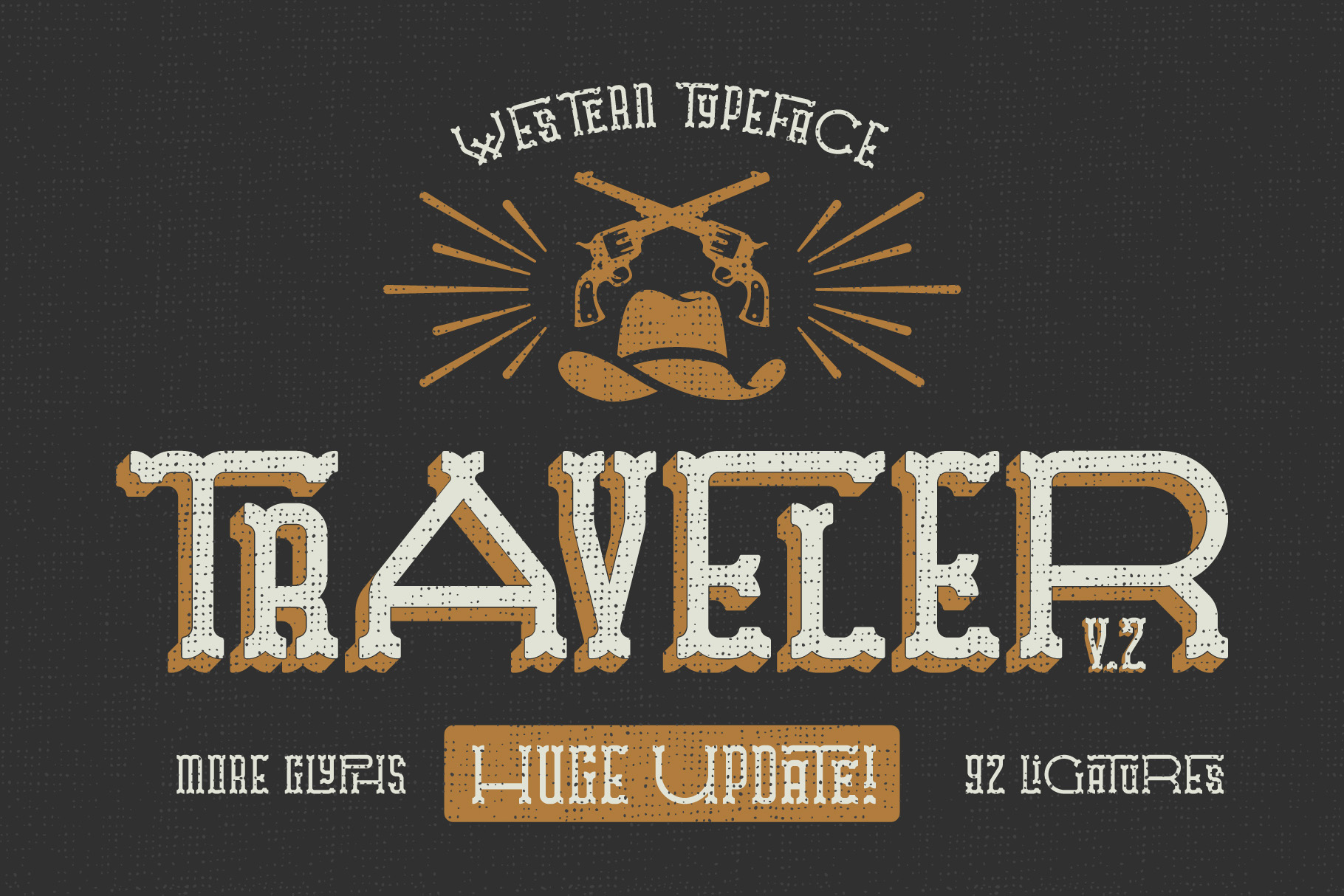 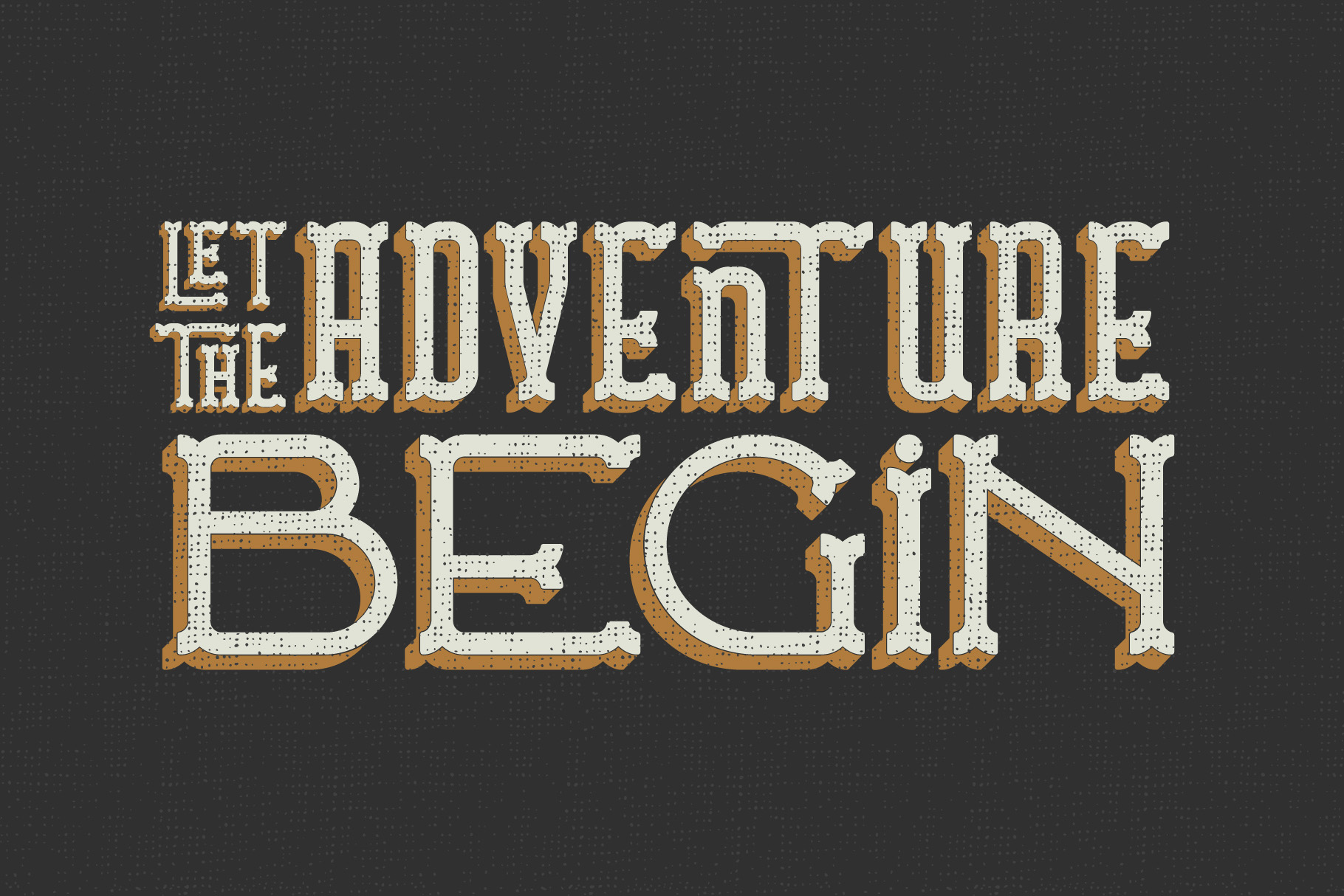 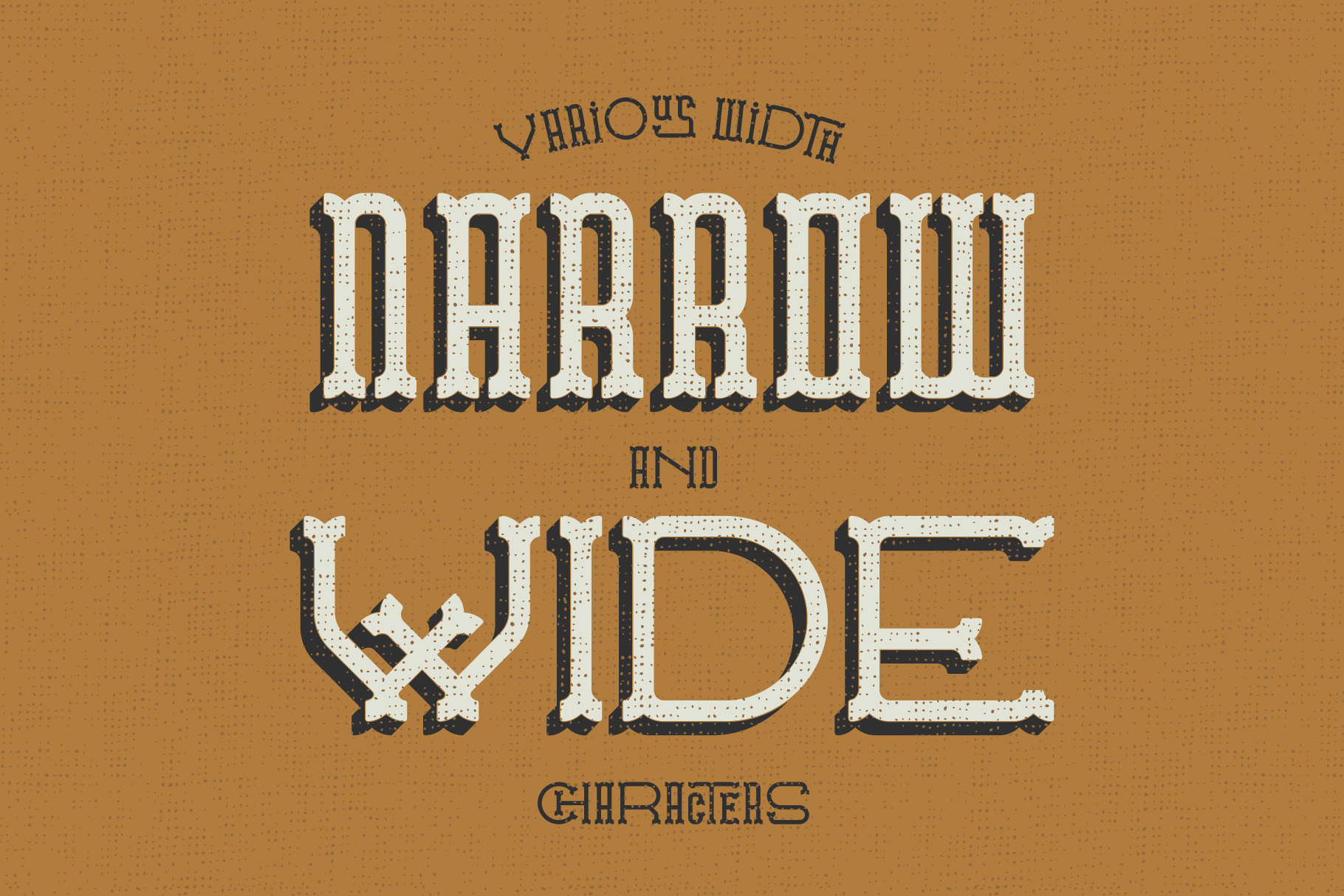 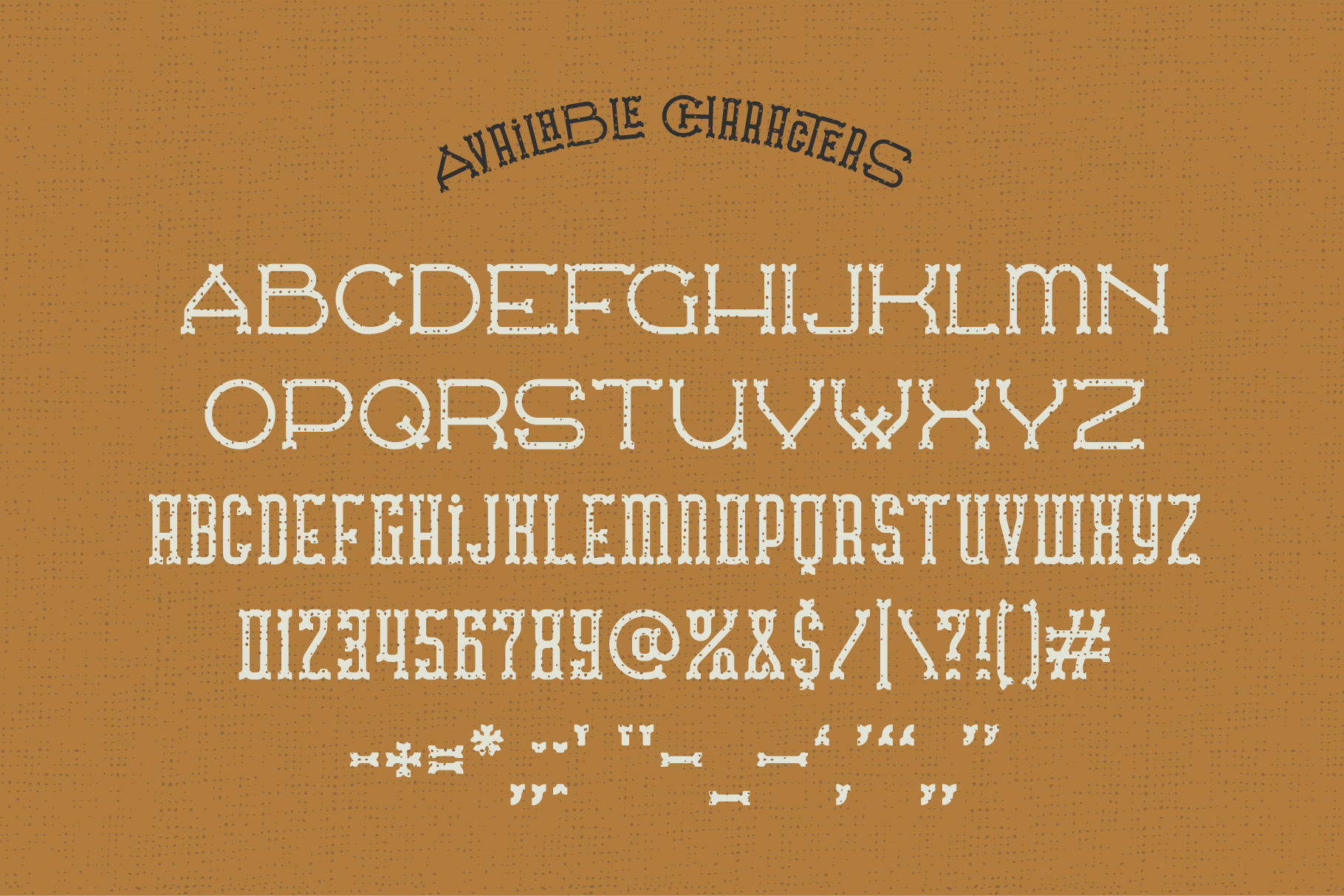 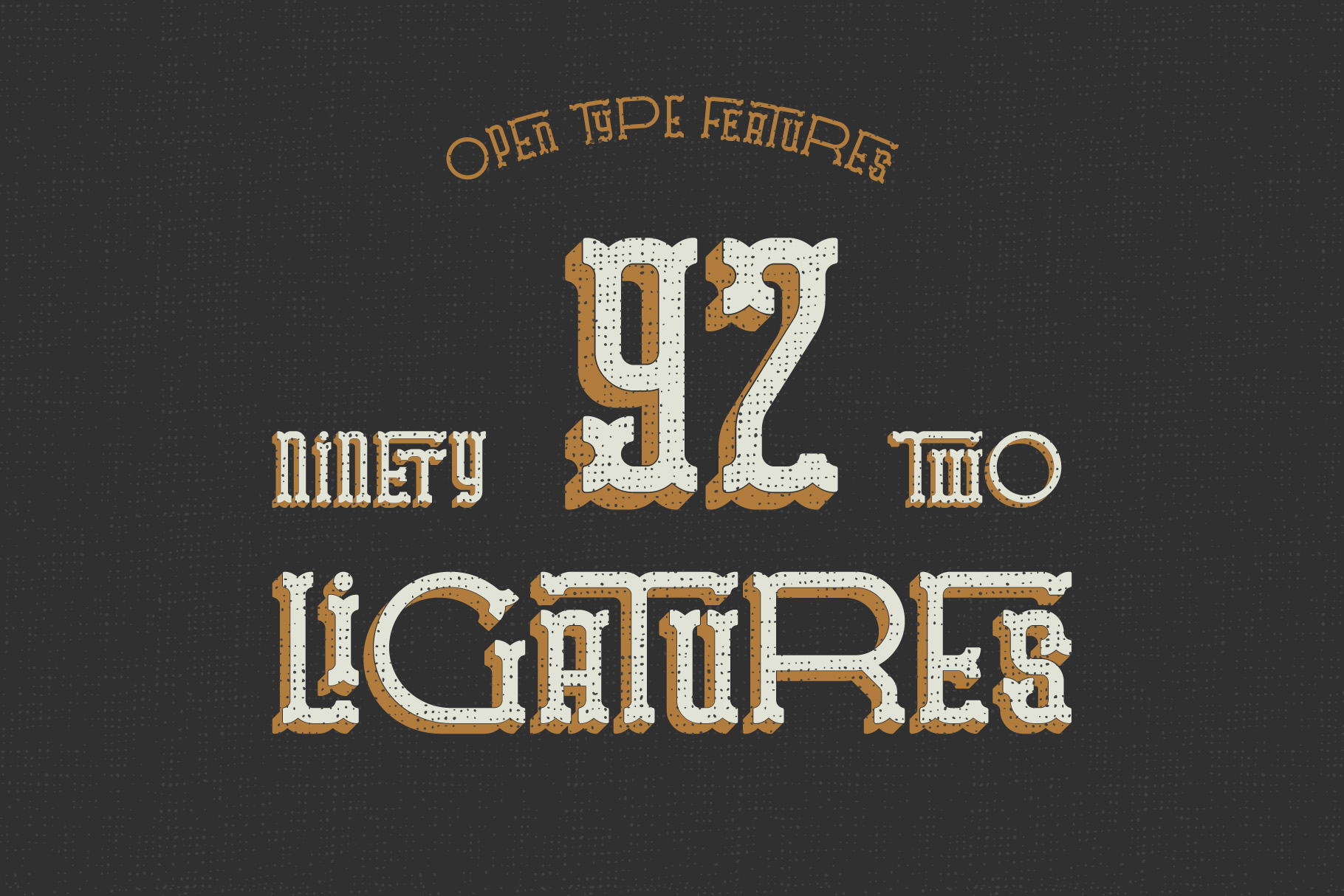 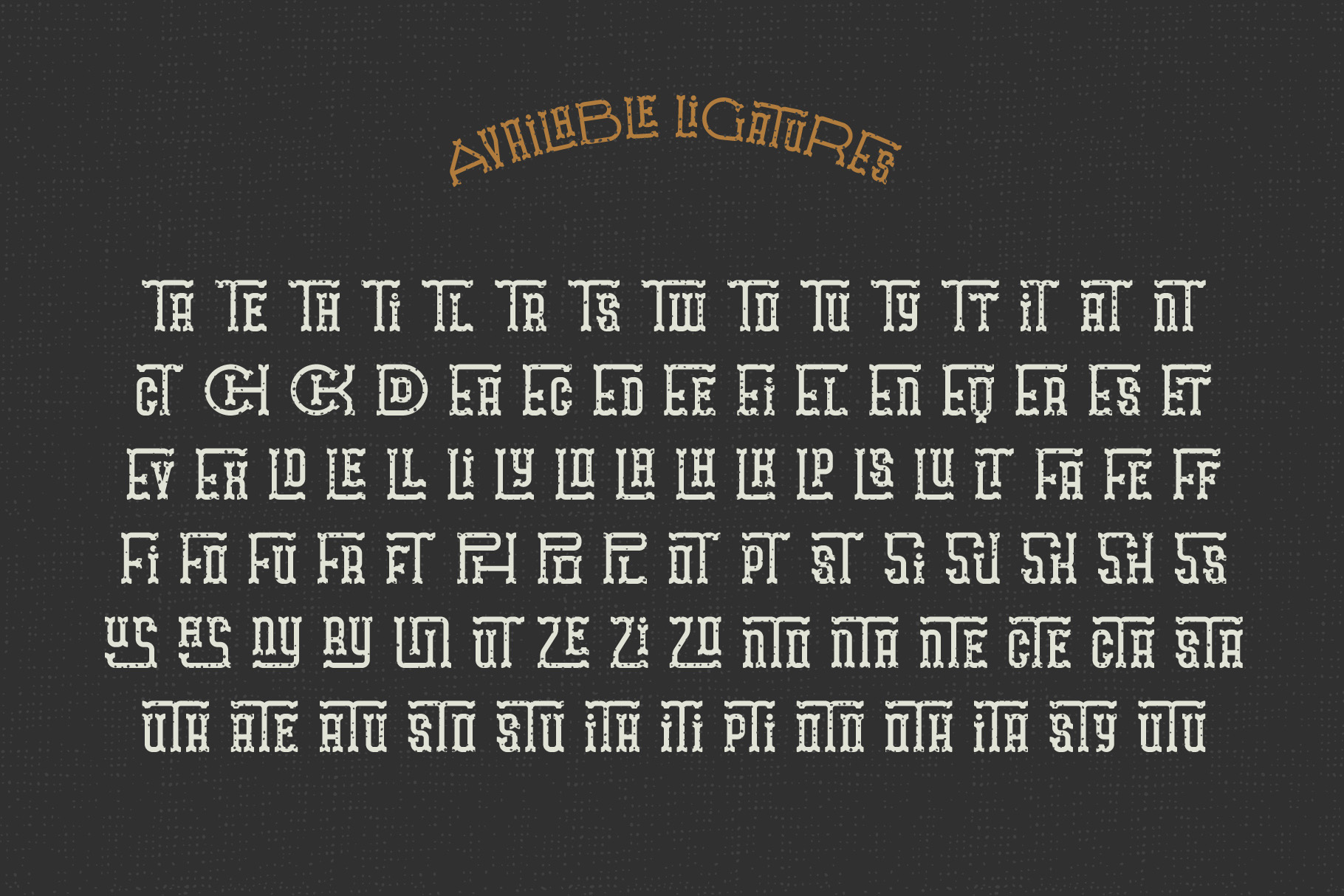 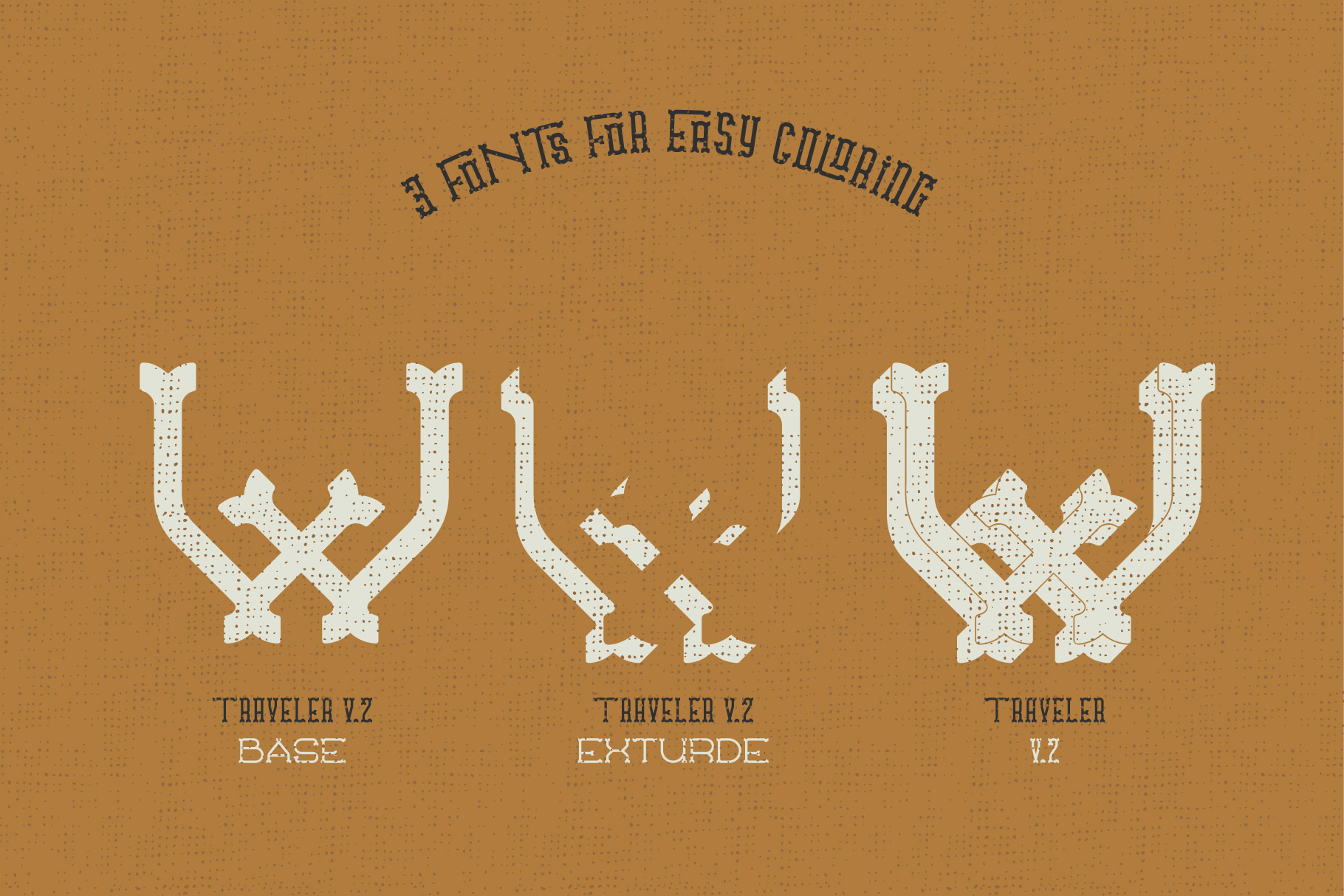 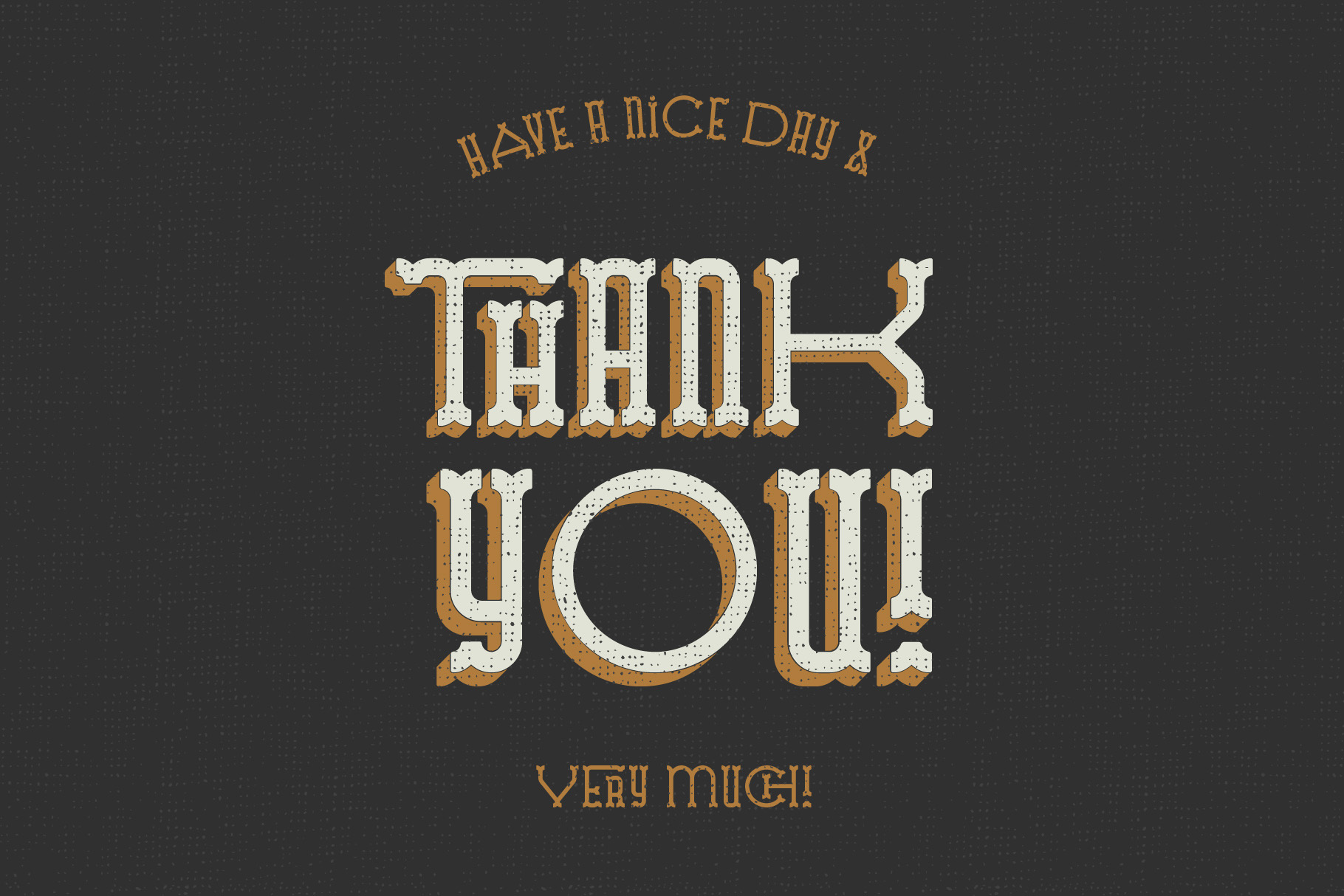 Introducing a huge update of wild west style font named "Traveler
v.2". Now it includes numbers & punctuation glyps (4th screenshot).
Added much more ligatures - 92 instead 32 (6th screenshot). Also I've
made a small cleanup of all characters paths and kern tuning. It's not
very noticable but important ;)
It has wide and narrow characters, and lots of ligatures
(automatically replaceable with open type feature). Trendy extruded
effect is made in separate font file, for easy editing and coloring. The
canvas texture, that you see on screenshots, it's just a top layer
(included in EPS files).

To apply ligatures you have to use lowercase characters.
Old OTF font is also included if you need it for some reason.

Thank you & have fun! 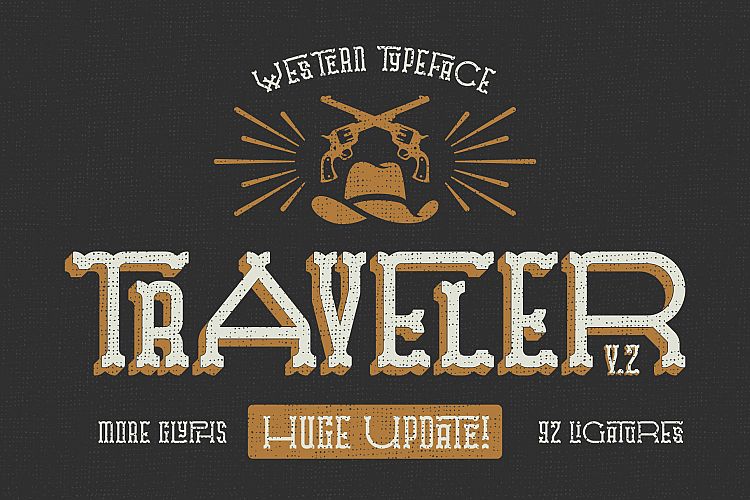