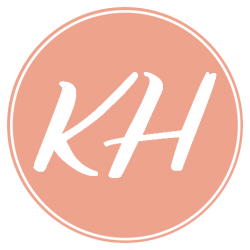 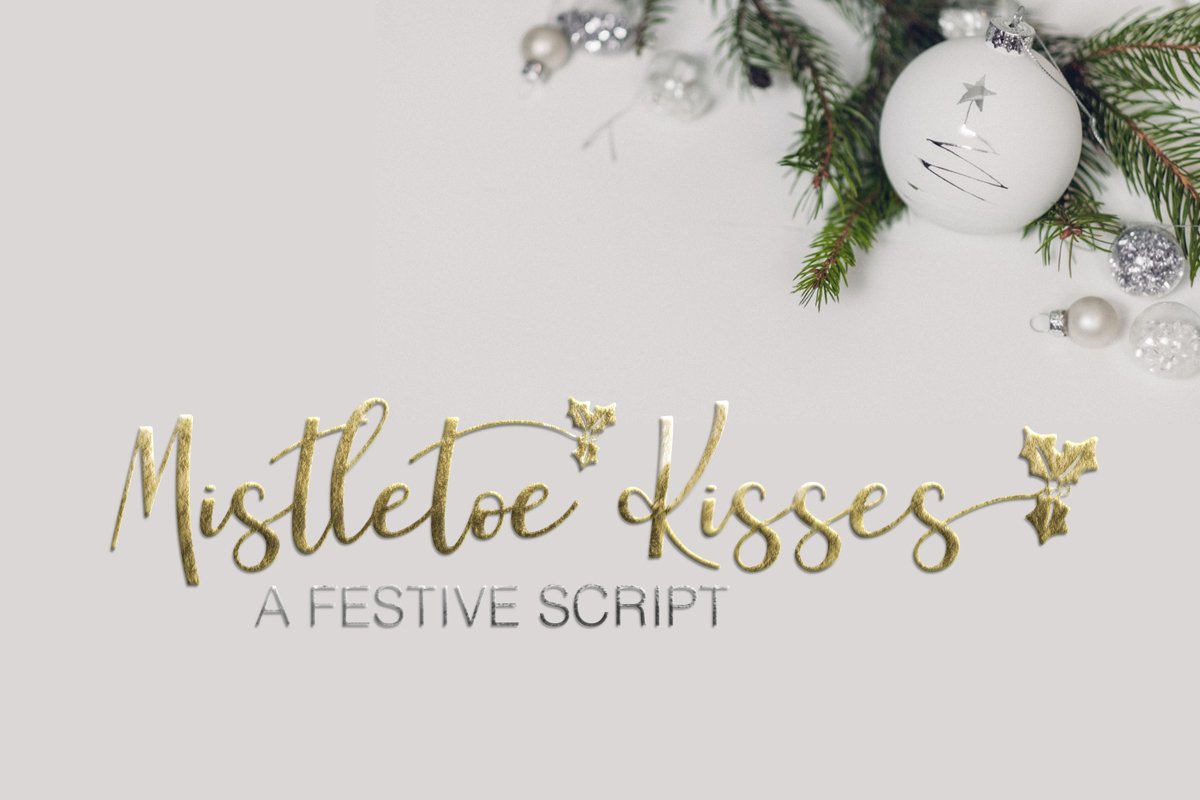 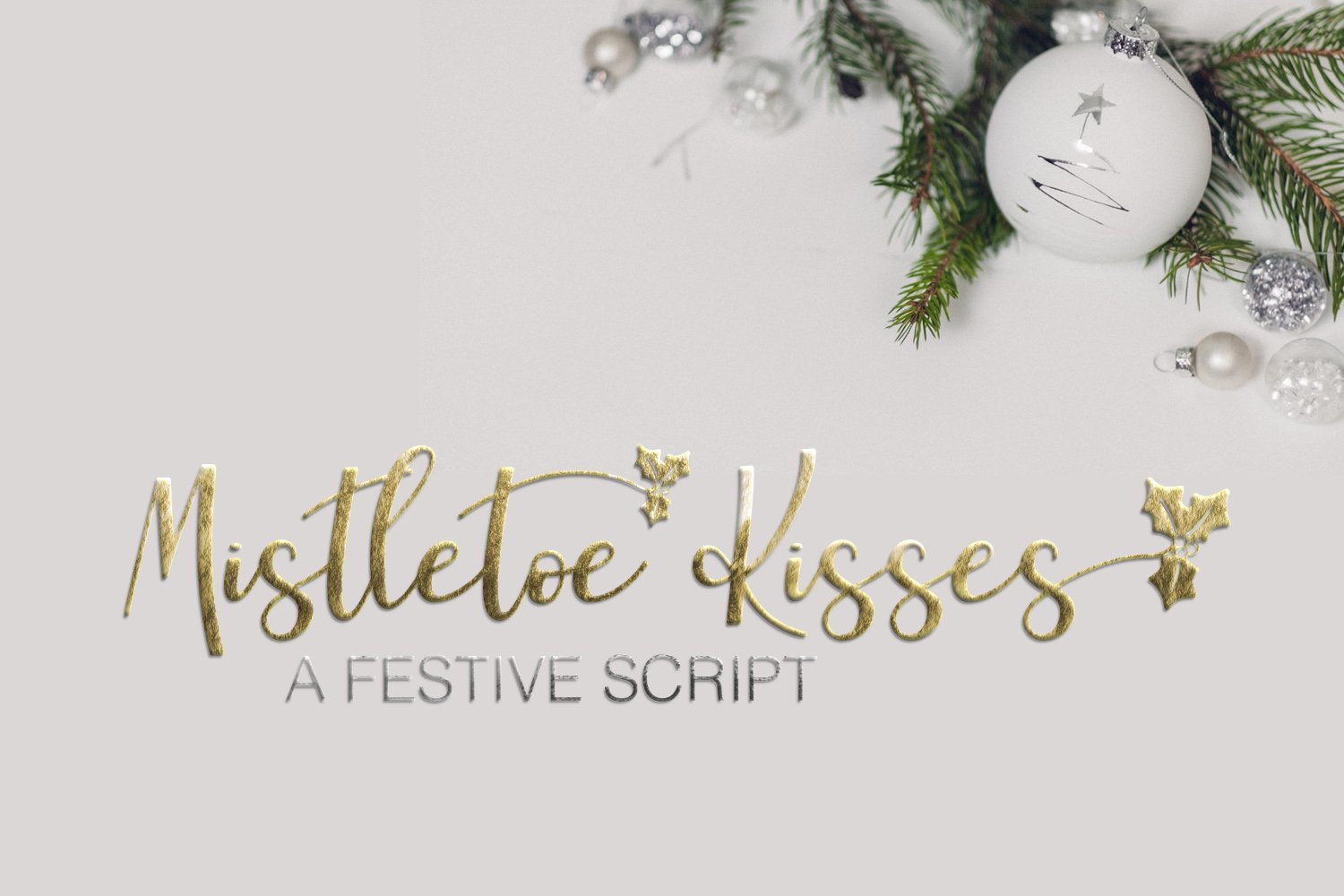 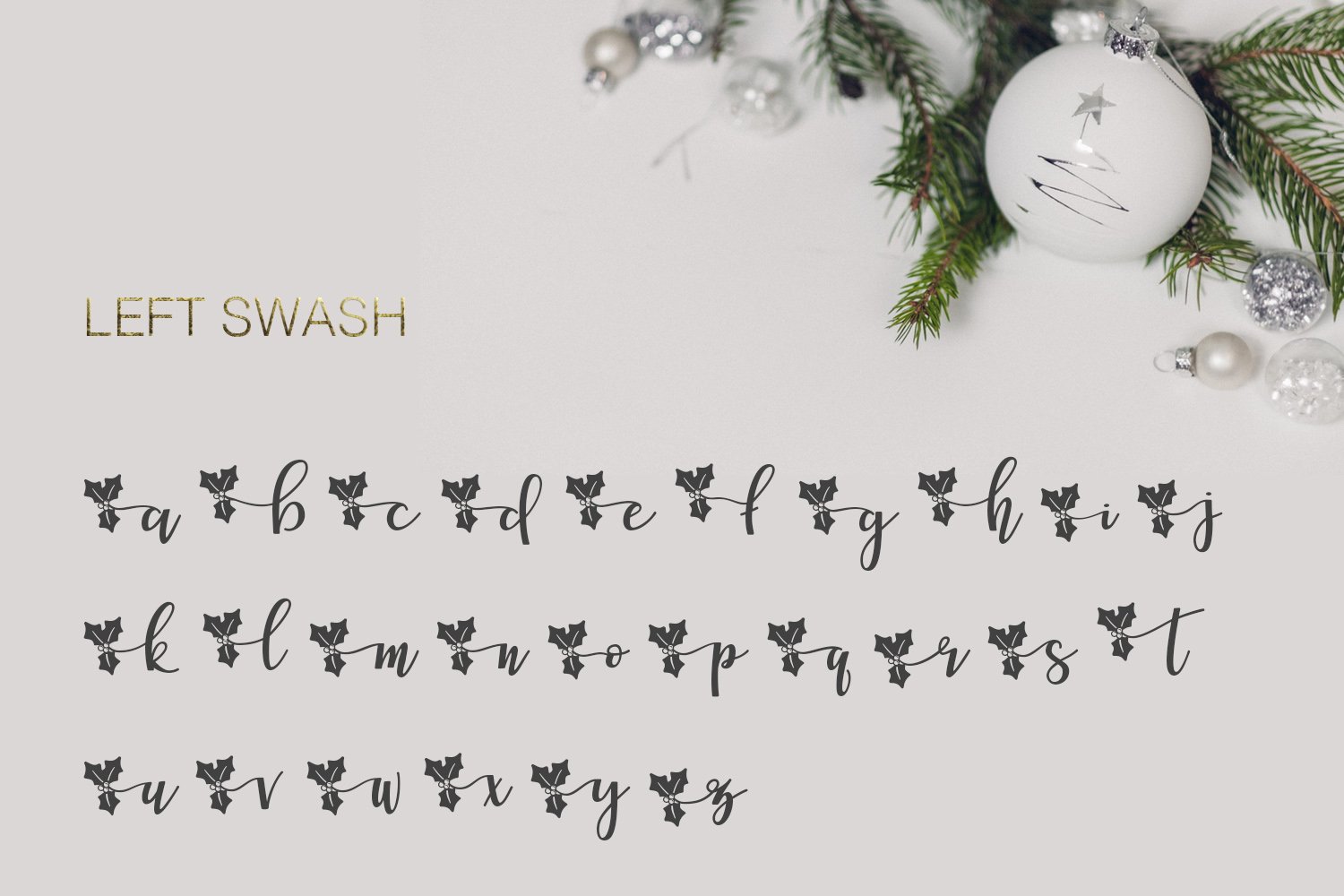 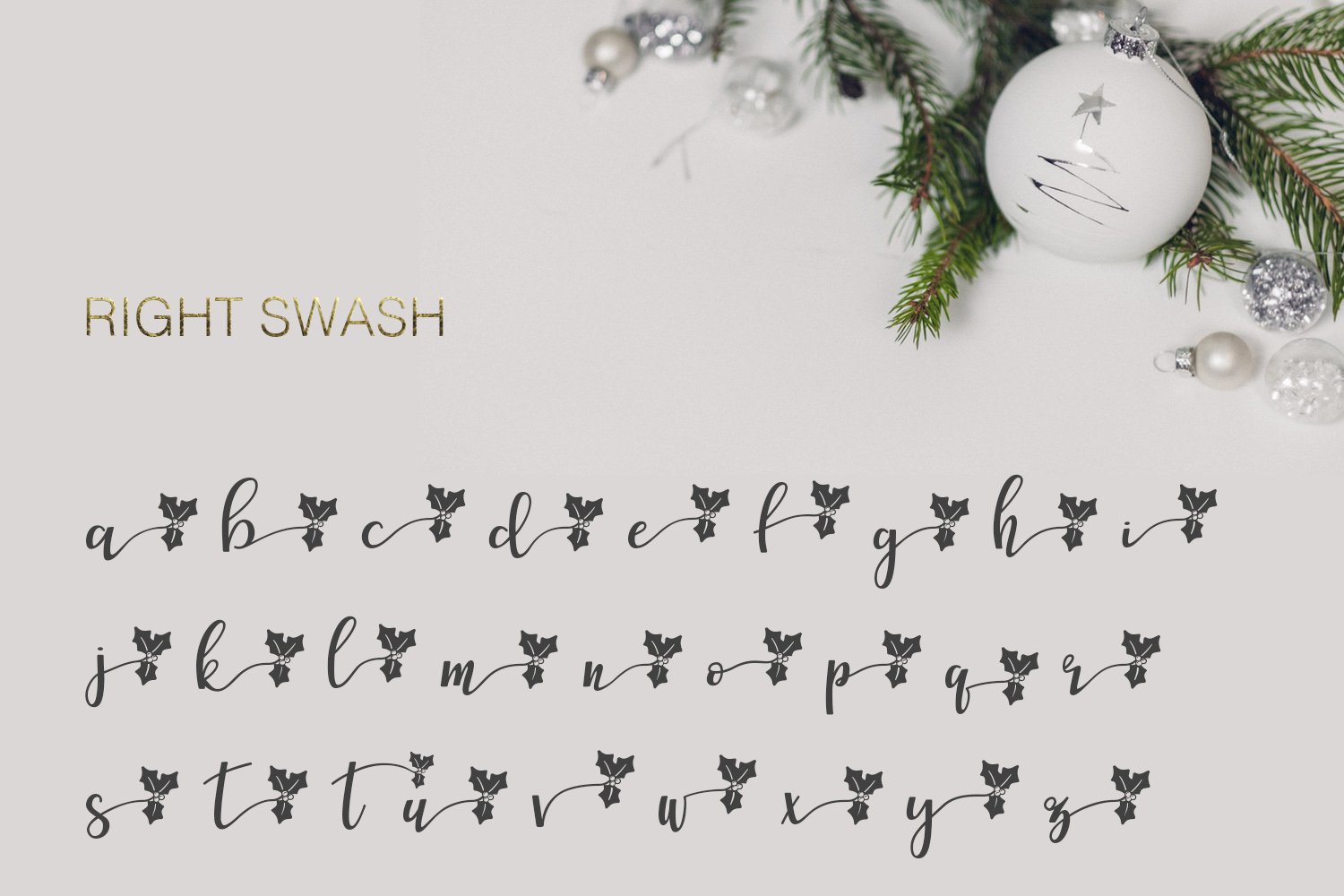 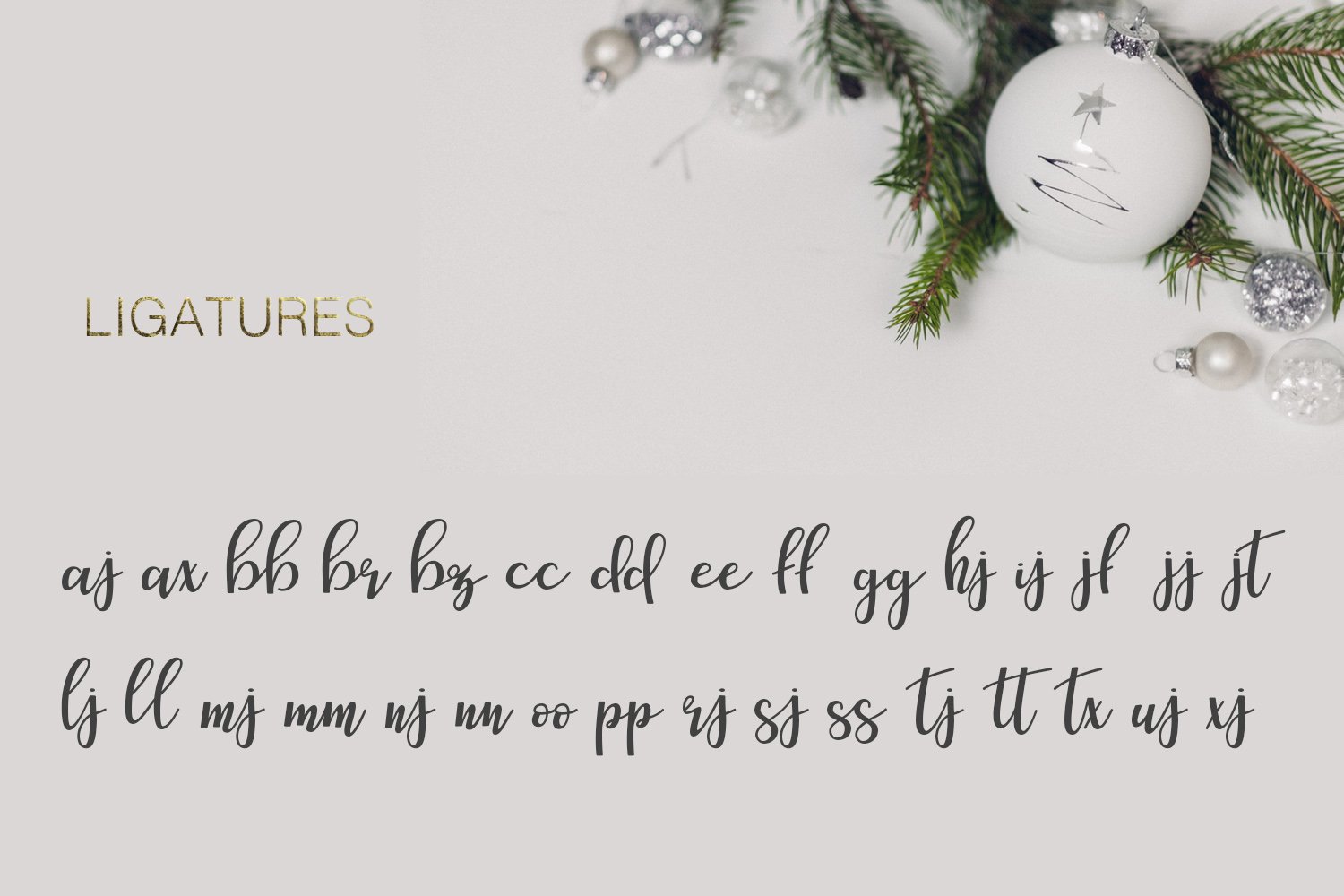 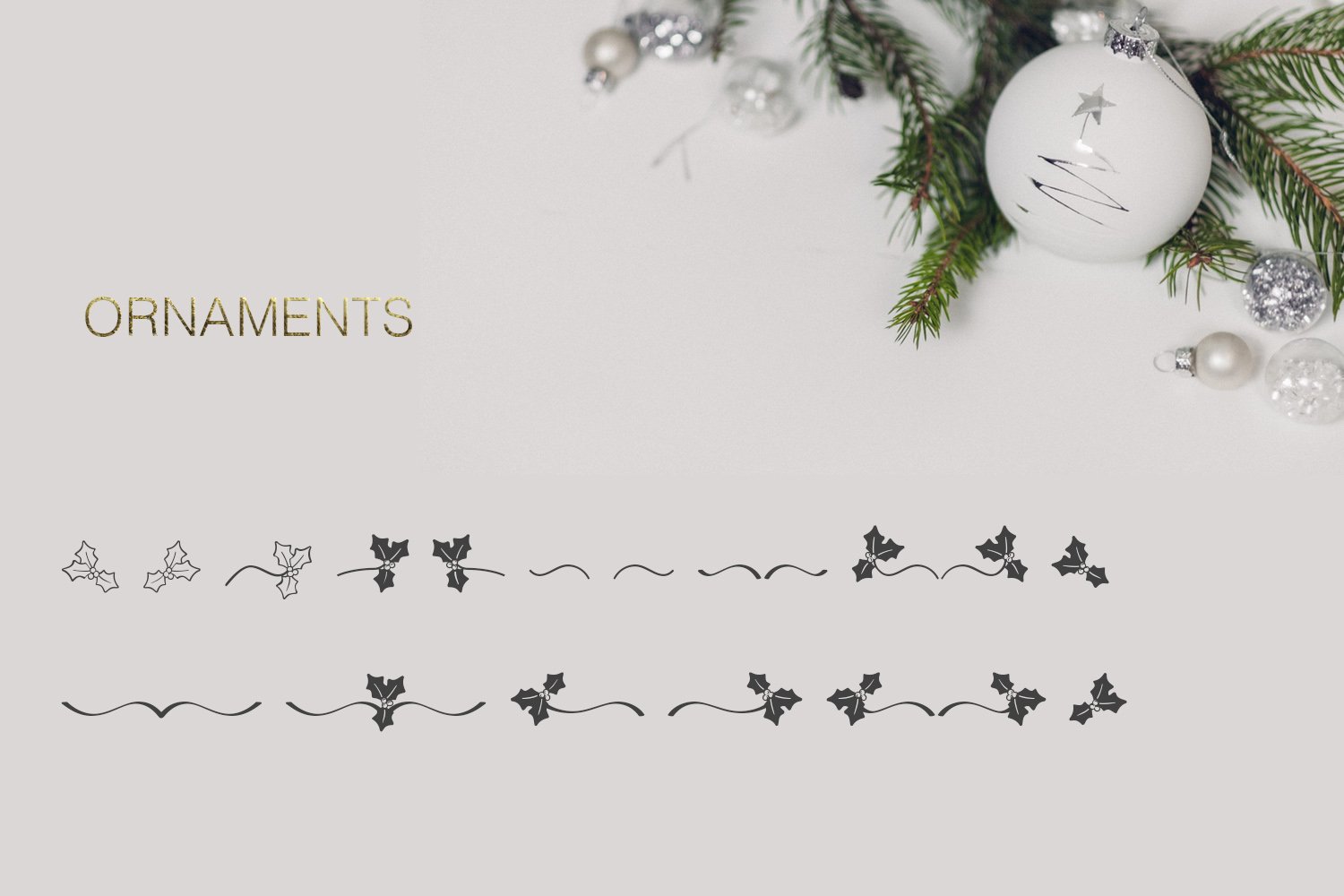 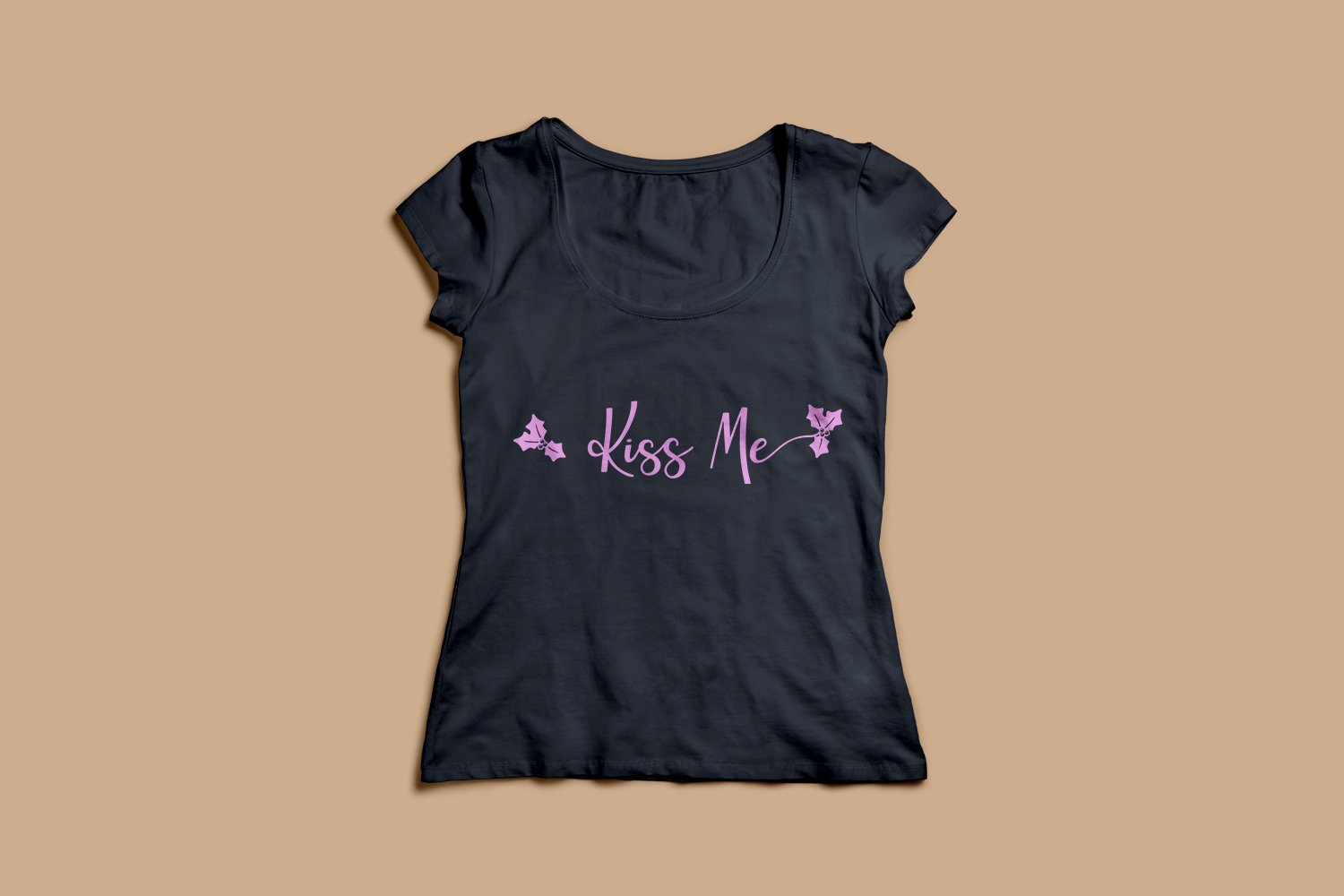 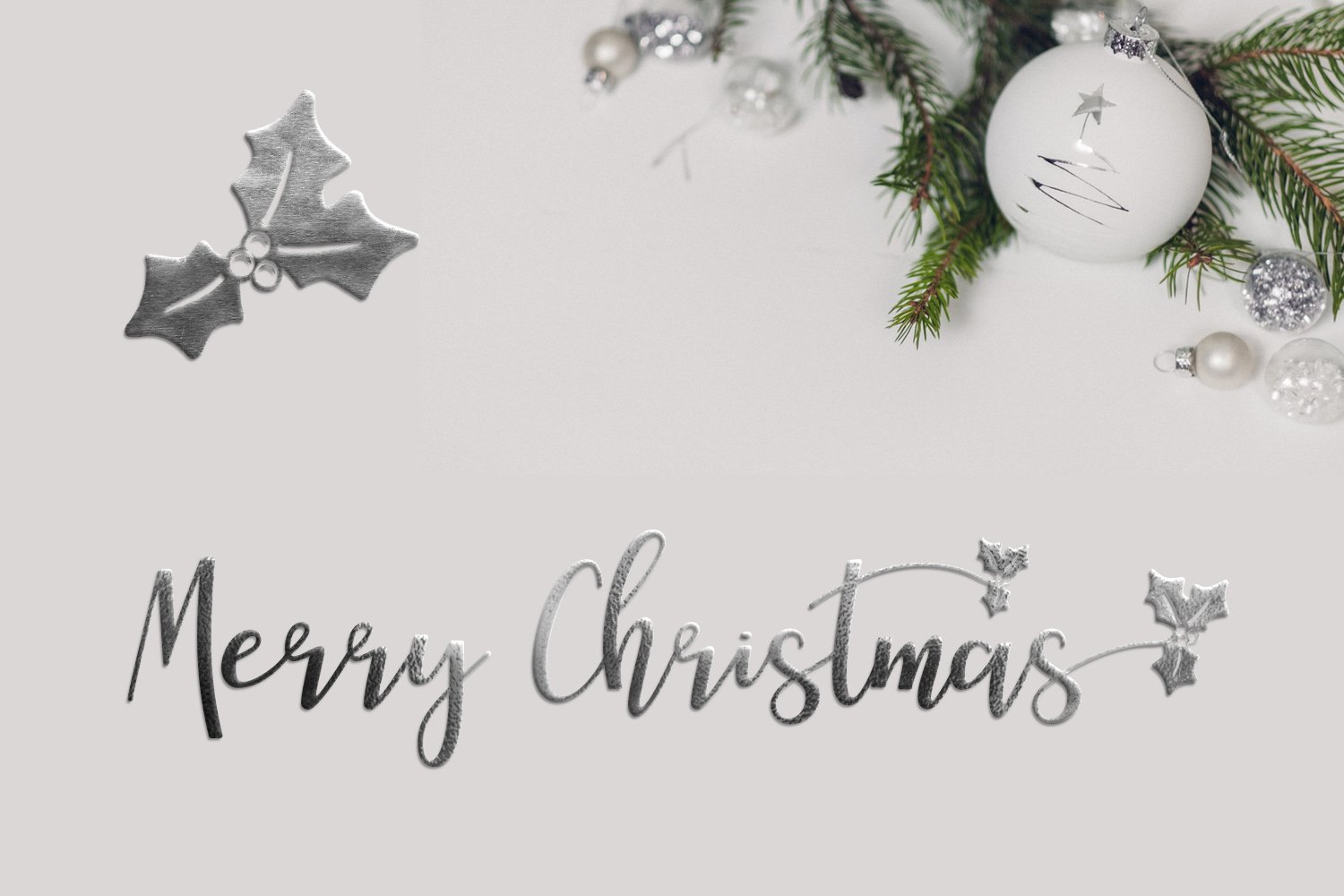 There is a full set of standard characters, and each lower case letter has alternate characters which have a decorative swash and a mistletoe. Both a left and right swash are included for each, and an extra alternate for the lowercase t.

Ligatures are included for regular lowercase characters, and for the left and right swashes. Some ornamental dingbats and swashes are also included to compliment your designs.