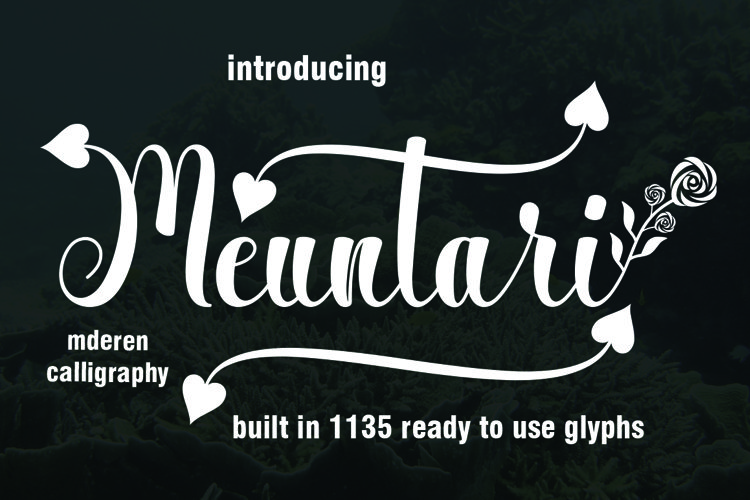 is a new varian of handmade script typeface. present to you to complete your colections of script font. This typeface has been enriches with additional alternates characters up to 1135 glyphs. Do hope helpfully to catch any design soul.