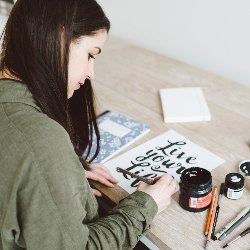 City Streetwear is a sophisticated signature collection that includes four script weights and plenty of ligatures.

City Streetwear scripts includes 102 ligatures and 6 alternates. Ligature programming has been added to the fonts to give the scripts a more handwritten and luxurious appeal.

Try the City Streetwear free font for fashion marketing and social media. It is a great starting point for finding appealing modern catchwords.

Available in Extended Latin Pro (Standard) or American (US) version.

Programmed ligature feature for optimization. Every time you type specific pairs, ligatures are programmed to pop up to avoid letter pair collisions. Programming ligatures gives the script a more sophisticated flow. Make sure to turn on the feature in your preferred program that supports ligatures.

Extended version of the American (US) version.

Try the OpenType ligatures by turning on the feature in your preferred program that supports ligatures.

Love it, thank you!