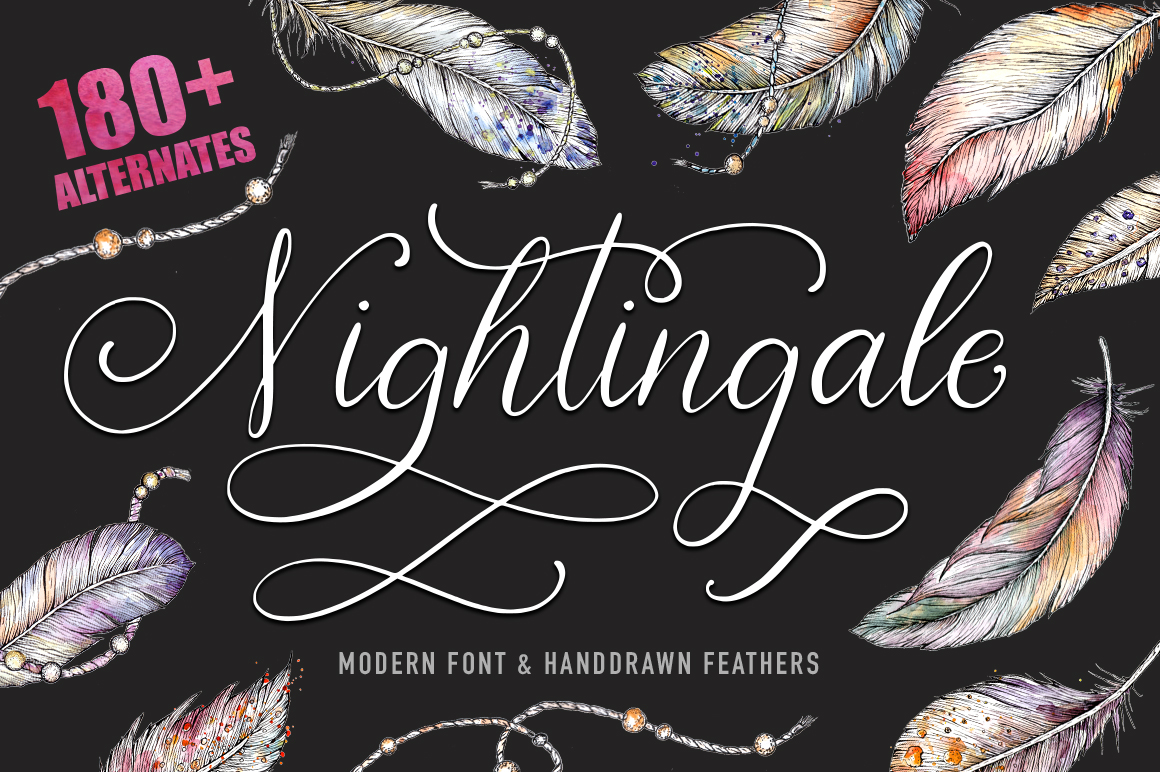 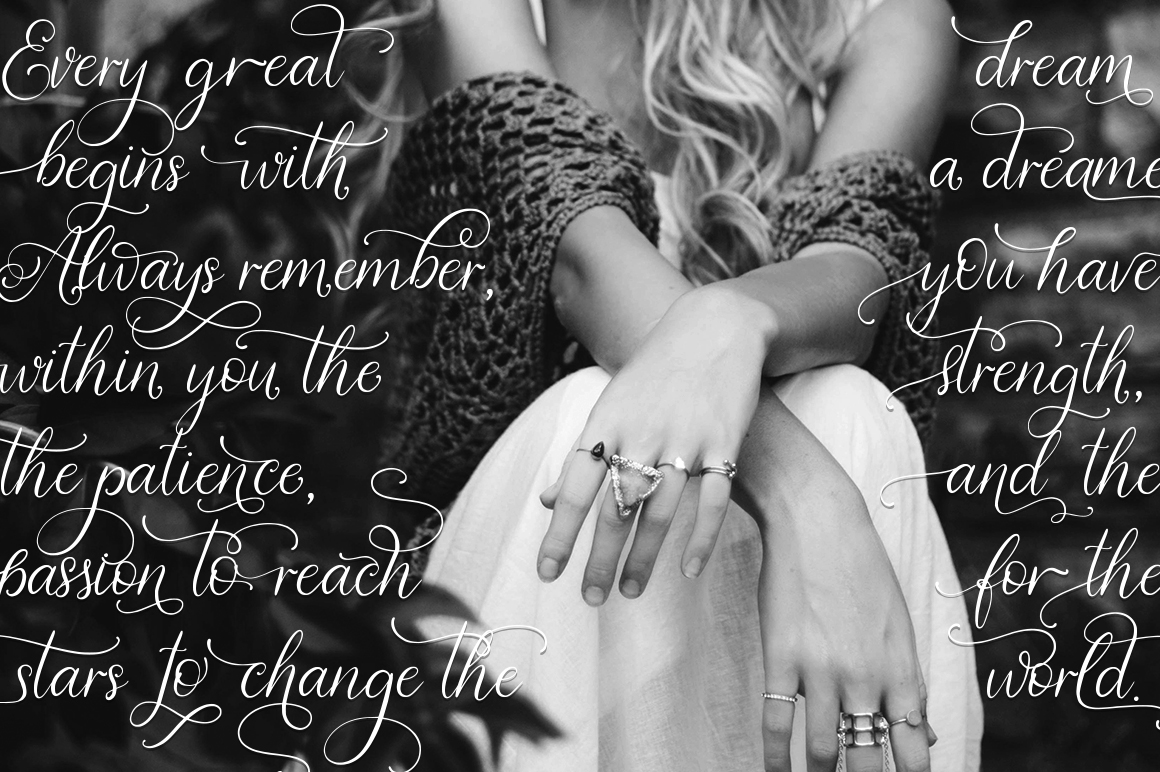 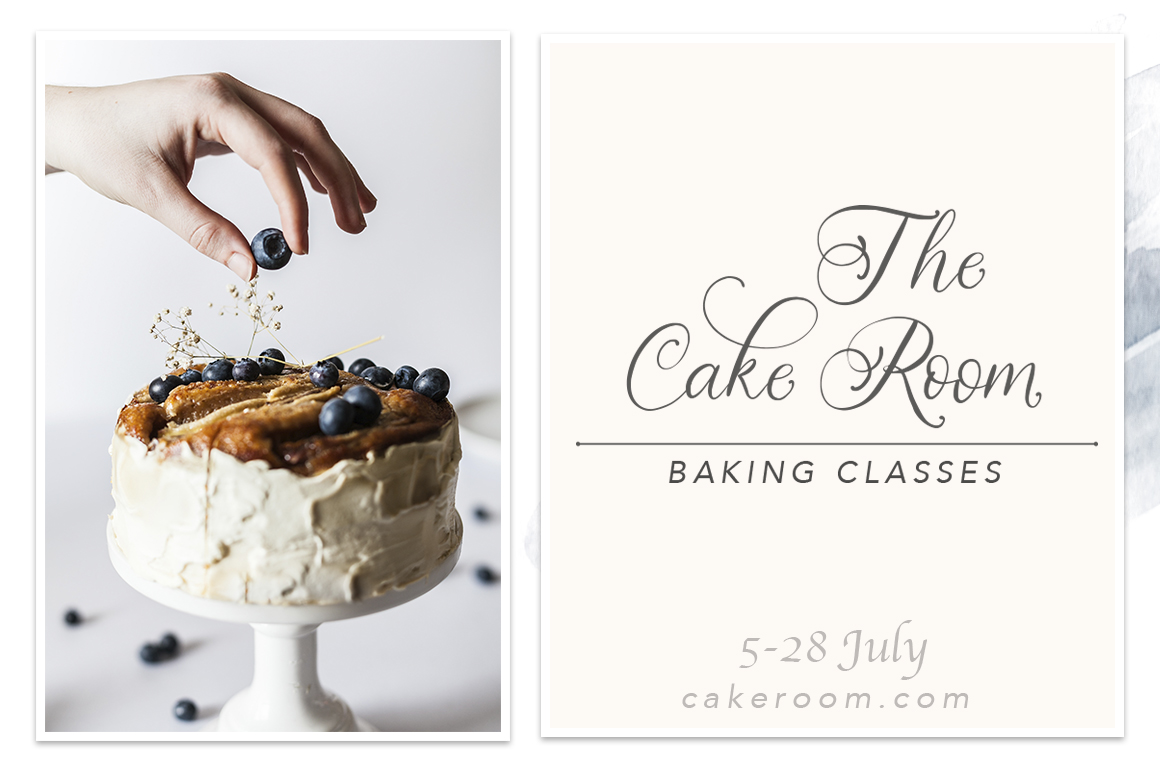 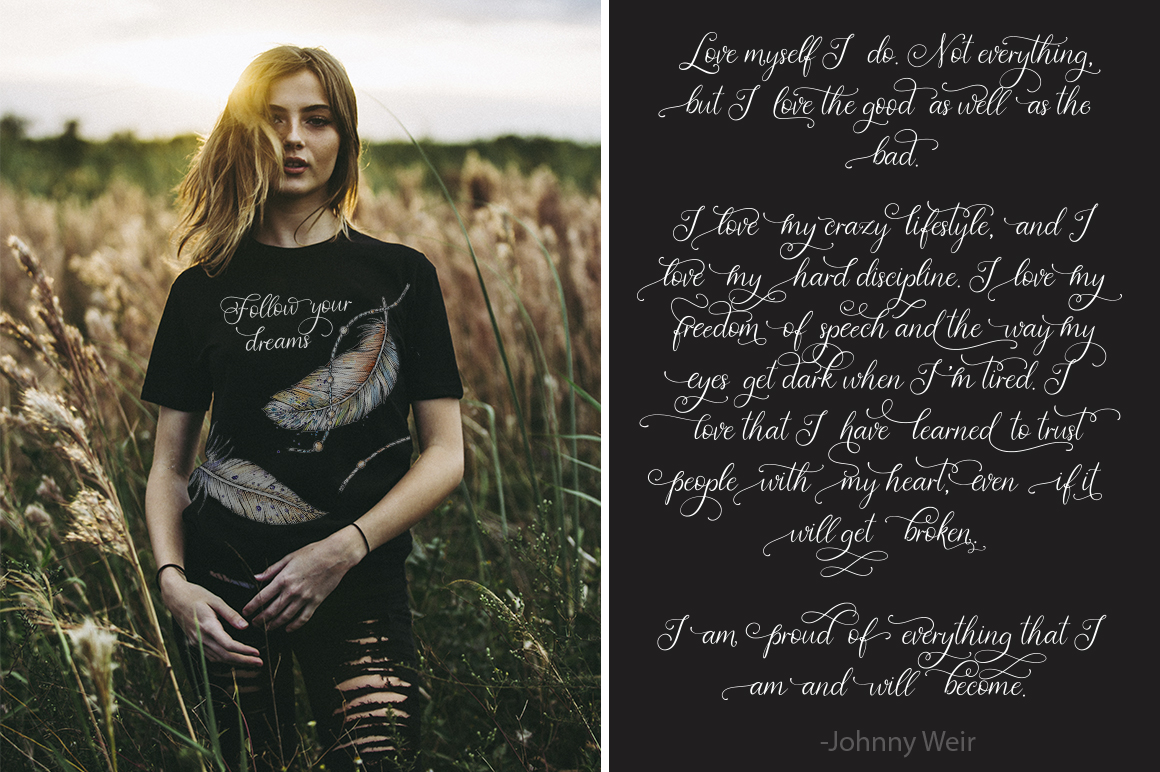 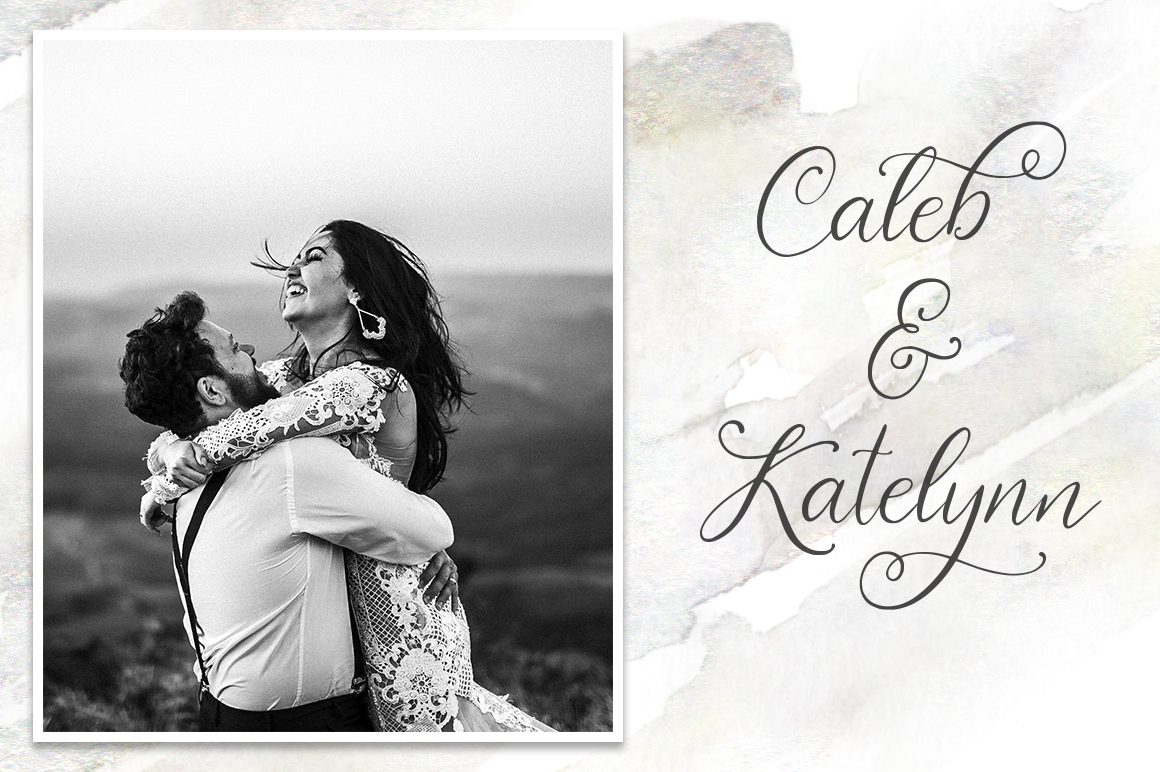 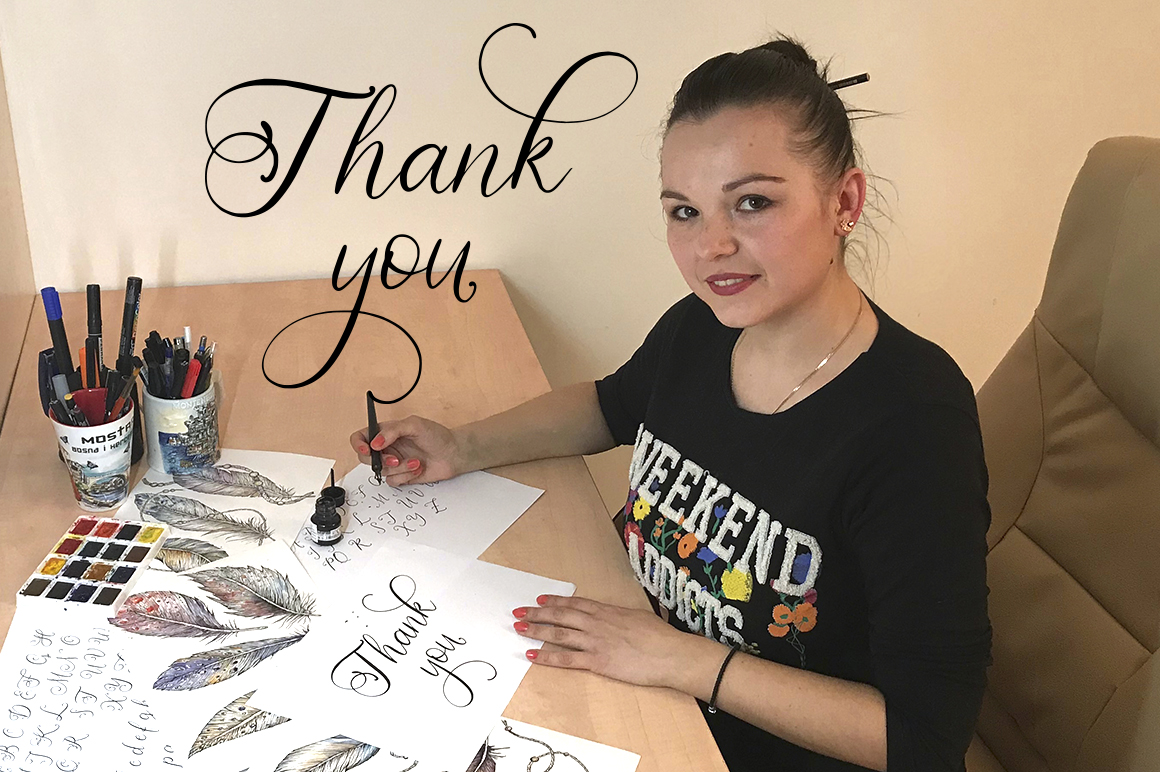 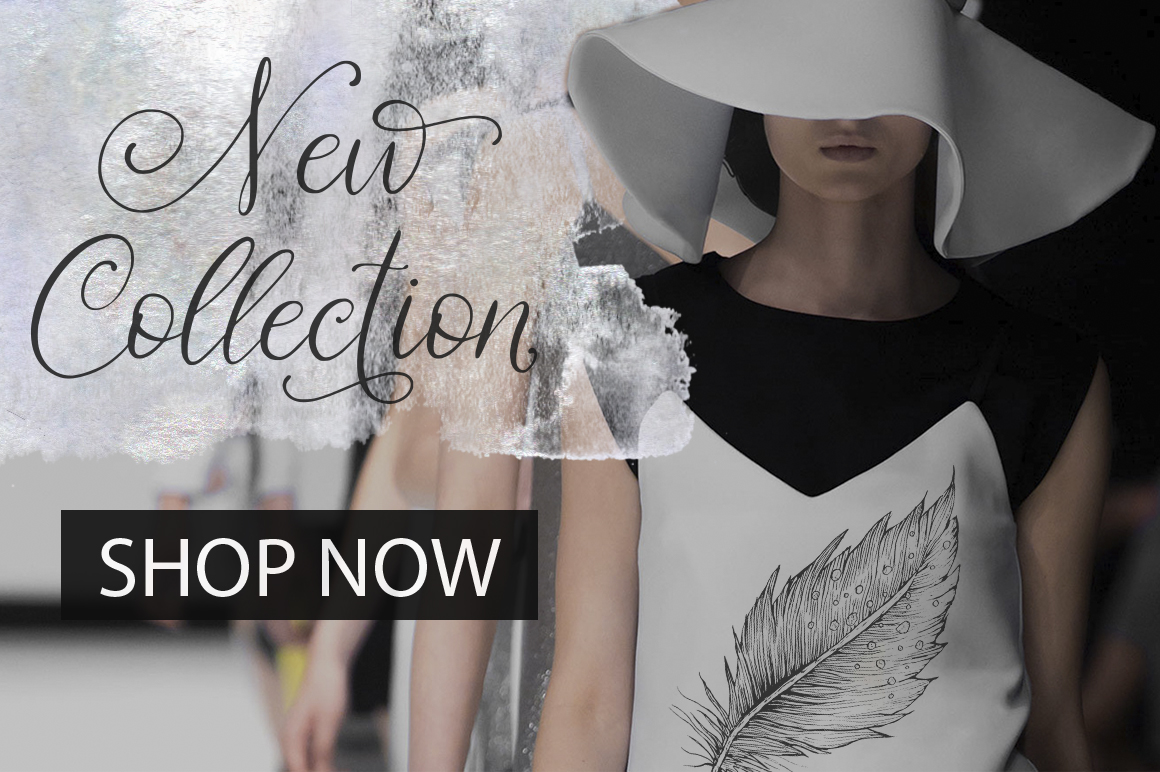 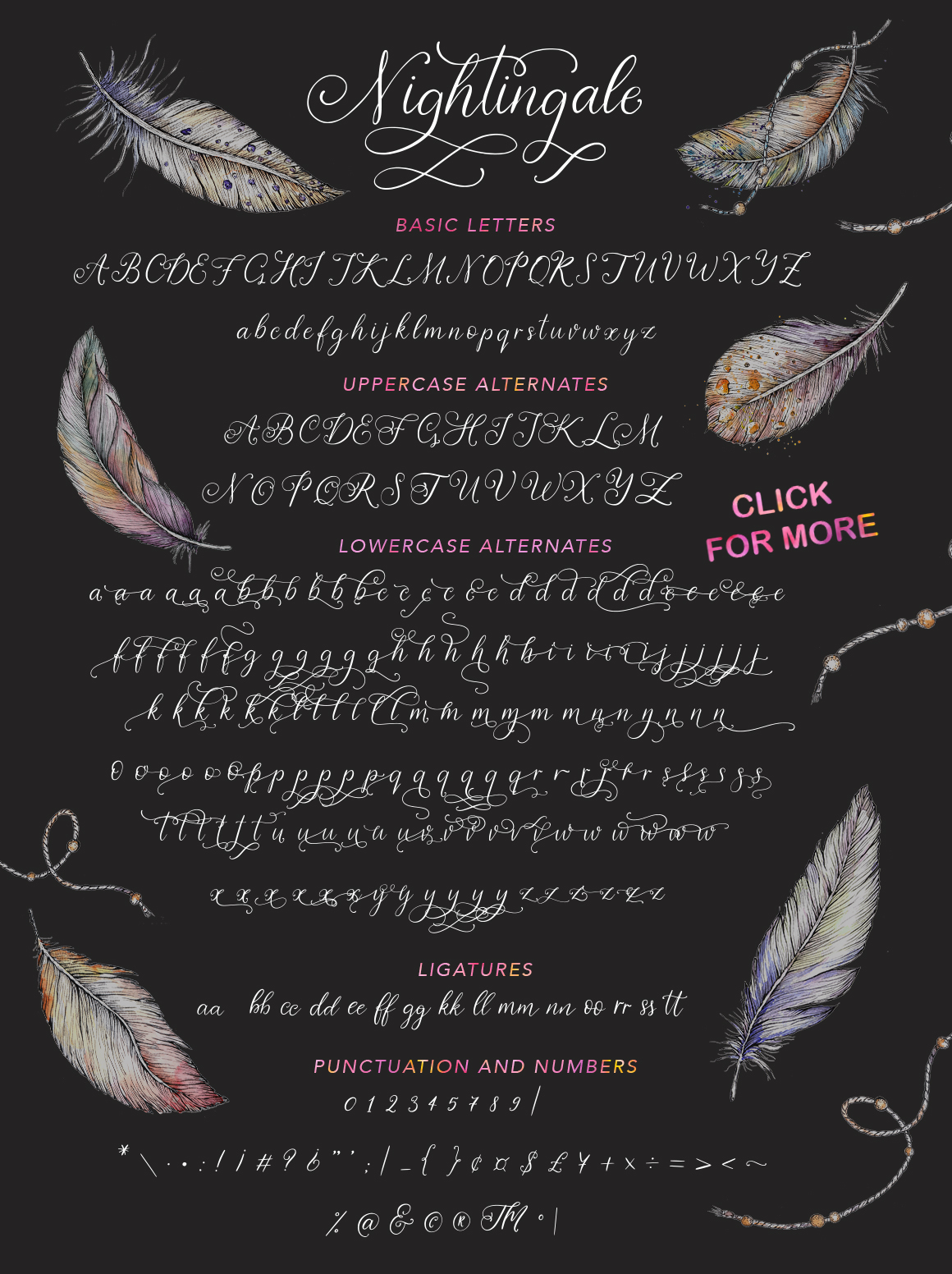 Nightingale is a perfect tool to create amazing designs, like greeting cards, modern t-shirts, posters, mugs, luxury branding materials, wedding and event stationery, social media overlays and any other projects you are working on.

It’s very easy to get alternative glyphs:
just type the number after any letter (1…6 for lowercase and 1 for uppercase). So, you can forget about the Glyphs panel and have fun and great results just type numbers after letters.

You can still use the Glyphs panel. You’ll see there 182 stylistic alternate glyphs and 15 ligatures. It has multilingual support, which include Western European, Central European and South Eastern European languages. Nightingale Font come with PUA Unicode that gives you full access to the ligatures and alternates in software that doesn't support the extra characters. To access these characters you can use Font Book (Mac) or Character Map (Windows).

WHAT IS INCLUDED:Enjoy using!
Irina 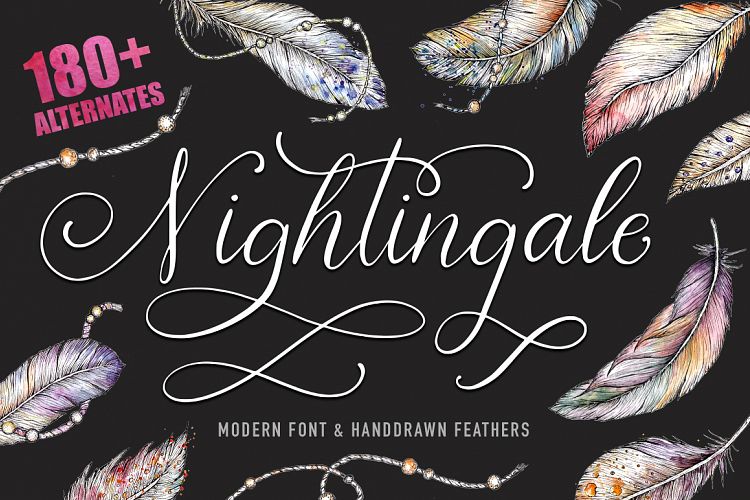